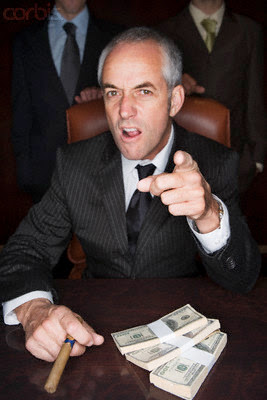 Grinder says...
The only reason that the driver's name hasnt been released yet, is because it is still an ongoing investigation. When the investigation is done, the police will release the information. From what I have ehard, this was a pretty complex accident, with alot of evidence that needs to be gone over. As far as the driver not getting a sobriety test, where are you getting your information? The only reason I can think of that he wouldnt have gotten one at the scene, was he was just in a car accident, and my guess was strapped to a backboard, and loaded into an ambulance rather quickly. Getting a blood alcohol level from the hospital now means getting a warrant, which takes time.

The only reason he was transported to an "out of town" hospital was because that was the closest hospital.

If you want to be considered a serious journalist, you really should check your facts.

The is a very poor investigation considering the 20 Year Old Mystery Driver killed someone.

But in Greenwich when someone wealthy or well connected is involved in a death the police have had a long record of being intimidated.

This has happened from Moxley to Kissel. Usually someone from out f town has to step in and clean up the mess. This time the CT States Attorney Will have to get a warrant from a Judge, because the Greenwich Police Department was intimidated by the 20 Year Old Mystery Driver Who Killed Joey and kept on driving until he hit a telephone pole way down the road.

Now a Judge is asking the CT States Attorney something like....
"Why do you want me to sign this warrant, what was the problem that prevented the police officers on the scene from charging the driver?"

Then The CT States Attorney is having to respond with something like....

"Ummm, Your honor, I am not really sure why the 20 year old was not charged for leaving a dead body on the side of the road. Maybe the Greenwich Police Department was intimidated by the driver's family wealth or possibly their connections. I am really not sure why,"
"But, your Honor, we do have another Greenwich family with a dead Grandson and I now, despite the Greenwich Police Department's failures need this warrant, your Honor."
"Your Honor, without this warrant this family may not receive justice for their grandson."

It is wrong that the Greenwich Police Department did not charge the 20 Year Old Mystery Driver with leaving the scene of a deadly accident..

Just last Friday, Dwayne Lawlor of East Putnam Ave., was arrested and charged with evading responsibility after leaving the scene of a three-car accident.No one was injured in the crash, and Mr. Lawlor returned to the scene 45 minutes later and told police he had been involved in the accident.

Mr. Lawlor was taken into custody and is being held on $250 bond and lives on US Highway 1 here in town.

However, the police had to go out and find the 20 Year Old Mystery Driver who left a dead man in middle of the road.

As you read above, Mr. Lawlor had trouble coming up with $250 and was placed in jail for leaving the scene of an accident with no injuries. There was only property damage.

If this had happened in Stamford and for some strange reason the 20 Year Old Mystery Driver was not charged, we would still know the name of the driver of the SUV that killed Joey, because the Stamford Police department is not intimidated by wealthy or well connected families

Please read this quote from Lt. Sean Cooney, the spokesman for the Stamford Police Department:

"The names of the operators are fairly quickly released because it's part of a police document, which is a matter of public record."

Stamford Police Lt. Cooney said every police department in the state is required to fill out an accident information report after a motor vehicle accident takes place. The cover of that report lists the names of every individual involved in the accident and it is almost always made available to the public, even in the case of a fatal motor vehicle accident.

If the CT State troopers were in charge of investigating this death and for some bizarre reason the 20 Year Old Mystery Driver was not charged we would know who was behind the wheel of the car that killed Joey.

When State Police investigate a fatal motor vehicle accident, they also release the names of everyone involved.

Sgt. Chris Johnson, a State Police public information officer, said their main concern is ensuring the victim's name is not released until troopers are certain the family has been notified. Once that occurs, Johnson said the identities of everyone involved becomes public information.

The state Police are not influenced or intimidated by wealthy or well connected families like the Greenwich Police Department is.

"Once all notifications have been made for the deceased person, the information on the accident information summary is released," says State Police Sgt. Johnson.

Just about every one in town agrees with this university professor who trains men and women to be Police Officers for a living.

Jospeh Pollini, a professor at John Jay College of Criminal Justice in Manhattan and former New York Police Department lieutenant commander, said in his experience the name of a driver involved in a fatal accident who is a suspect in the death is almost always released, except in rare cases.

"In the case of the identity of a suspect, I find that somewhat odd," Pollini said of the situation in Greenwich. "I spent 30 years with the New York City Police Department and once we identified the name, it was released unless it was a weak case."

Or if it is the Greenwich Police Department intimidated to wealthy or well connected family.

The 20 Year Old Mystery Man was so self centered and heartless he did not even stop to call 911 for Joey,

He left that job for a good Samaritan in another car who was shocked to find a Joey's body laying at the entrance of somebodies drive way.

And My Dear Grinder those are the facts.

Thank you for reading Greenwich roundup and it was a pleasure educating you about how the Greenwich Police Department shows favoritism and fails to handle public documents properly.

Hopefully as more Greenwich Citizen's learn what is really going on at their police department they will soon demand that Police Chief David Ridberg makes much needed changes.
Dear Grinder,
Please Read These Posts And Educate Yoursef About How The Greenwich Police Department Is Afraid To Tell A Greenwich Family Who Killed Their Grandson:
10/11/08 The Greenwich Citizen Is The Only Newspaper That Let's Us See The Young Man That Was Killed In Greenwich By A Mystery Driver
10/10/08 Greenwich Police Chief Ridberg Has Things Screwed Up While The Stamford Police Chief Is Operating A Profeesional Department
10/09/08 Maybe No Charges Will Be Filled Against The Driver That Mowed Down Joey, Dumped His Dead Body In A Driveway And Crashed Into A Utility Pole
10/09/08 READER SUBMITTED COMMENTS: Driver who hit bike rider Or Where is the police report?
10/08/08 READER SUBMITTED COMMENTS: Should The 20 Year Old Mystery Driver Be Charged With Leaving The Scene?
10/08/08 Greenwich Time News Links Or Why Can't Debra Friedman Find Who The 20 Year Old Mystery Driver Is That Killed Joseph And Crashed Down The Road
10/07/08 Hearst Newspapers Makes A Change: Debra Friedman Replaces "Martin "What Time Is It' Cassidy (Updated)
10/06/08 Breaking News (Updated): Greenwich Bike Rider Killed At 11:30 Last Night. ----- Or THE GREENWICH TIME CAN'T KEEP TIME
MORE OF GPD IN THE NEWS:

As the economy tanks, thieves look for portable electronics—and they think they can get them by preying on our youngins

Recently, a Fairfield University student living in Fairfield Beach reported her laptop, valued at $1,500, had been nabbed off her kitchen counter. It was a familiar story to Fairfield Police Sgt. James Perez....

....the Greenwich Police Department does not report a decrease in larcenies over the same period last year.

Still, crime data does support Perez. In 1980, after the U.S. had felt the effects of the oil crisis that took place after the Iranian revolution, larceny in Connecticut increased by 18.7 percent from 1978. In 1988, after the housing market had turned sour, it was up 3.5 percent in the state from two years prior.