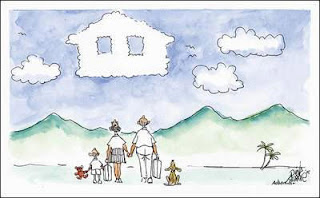 Under the program, town workers would have access to a list of affordable rentals or homes for sale in Greenwich, a scarce offering in an increasingly expensive real estate market.

'The concept came to me because there were a number of people that I know personally that have apartments in multi-family neighborhoods that oftentimes say they have difficulty renting them,' Tesei said. 'It's either because they're seniors and they don't want to list them with a service, because there's a cost to list, or they're reluctant to let people in who are total strangers.'

The program will operate through a link on the town's Web site, according to Town Administrator John Crary. The link is up, but officials are waiting to build a large base of listings to start operating it, Crary said. The program already has garnered interest from landlords, Tesei said.

Bolstering the town's housing stock for workers such as teachers, firefighters, snow plow operators and police, as well as for low-income residents, has been a hot topic in Greenwich for several years. The United Way of Greenwich identified a lack of affordable housing as a major need in town that's led to a loss of vital workers, increased traffic and other problems. The nonprofit organization is expected this month to release a widely anticipated study on how a lack of affordable housing in Greenwich exacerbates problems such as traffic congestion, and to get a good handle on exactly what housing options the town offers.....

Original Norwalk Advocate article: Tesei creates link for workers
Posted by Greenwich Roundup at 1/17/2008 01:39:00 AM No comments: Links to this post

Favorite restaurant on Greenwich Ave???
I had the same problem with Versailles always being closed. On Saturdays I've gotten great quiche, and in the evening we've gotten their wonderful desserts. I know they DO have a more comprehensive dinner menu (they're closed by 8 or 9 ...
Chowhound's Latest » Tristate Region - http://www.chowhound.com/boards/20
Please send your resturant comments to GreenwichRoundup@gmail.com.