It's funny time in Greenwich

Connecticut Comments
By Jeff Aronson
Today's Greenwich Time has a special section on "racism" in Greenwich. While racism is not a laughing matter, it is hard to read the article without chucking in amazement at the omissions of the authors.

First, how does one write an article on racism today without clearly pointing out the race baiting coming from the White House with regard to the Arizona immigration law. That law prohibits racial profiling and only allows the Arizona police to ask for immigration papers if someone has otherwise been validly stopped. That means no requests for papers unless someone is getting a ticket (Imagine the disgrace of being asked for your drivers license when stopped for speeding -- racism for sure); stopped in the commission of a crime or otherwise arrested. Remember, the feds can ask anyone at anytime for their picture ID while the state police require a valid stop. No one claims the federal law is racist. Nevertheless, Obama and the Obamacrats tell all the gullible people that Arizona's law is racist. That is race baiting pure and simple. they are trying to stir up hatred in the Hispanic community. It sucks!

Second, how does one write a story on supposed racism in Greenwich, but fail to cover a story like Helen Thomas. The Greenwich time is one of the 15 Hearst Newspapers. Helen Thomas is the Hearst correspondent in Washington. So Helen Thomas is the Washington correspondent for the Greenwich Time. Thomas a few days ago advocated expelling all Jews from Israel and sending them back to Germany and Poland where they belong. (Of course, very few of the Jews in Israel came from Germany or Poland, but that does not matter to Thomas. She is another one of the "don't bother me with facts" crowd.) Thomas is just another anti-semite. But she is the Washington correspondent of a paper that is lecturing on racism but not mentioning old Helen.

Can it really be that the Greenwich Time is unaware of Helen's statements of the race baiting emanating from Obama's administration? No. The truth is that Obama's race baiting and Thomas' anti semitism are embarassing and inconvenient for the Time. They do not fit into the narrative of right wing racism that the newspaper wants to portray. So, since these are inconvenient truths (sorry Al), they get ignored.
More On Racism In Greenwich

A parks and recreation employee says the town of Greenwich and his own union have discriminated against him because he is black.

Ronald Harding, 52, filed a complaint with the state's Commission on Human Rights and Opportunities stating that his repeated attempts to join the town's higher-paying, eight-person tree division have been stymied.

His Bridgeport-based lawyer Leon Rosenblatt, who has been involved with four race-related discrimination cases involving town employees in the last 15 years, said there is a pattern of behavior in the town's treatment of its employees.

"Greenwich is the most racist town I have seen," he said Monday. "We refer to it here in the office as `Greenwich, Miss.,' but we decided not to keep doing it because it is giving Mississippi a bad name."

Town attorney John Wayne Fox would not comment on the complaint, saying he hasn't seen it yet.

Rosenblatt said this CHRO complaint was filed partly because of a November deal reached between Teamsters Local 456 and the town in which the union agreed to a deal to outsource the work of tree climbers. The complaint said it was a deal struck to prevent Harding from getting a tree climber position.

Harding, a town employee since 1991 who was born and raised in Greenwich, declined to comment Monday. 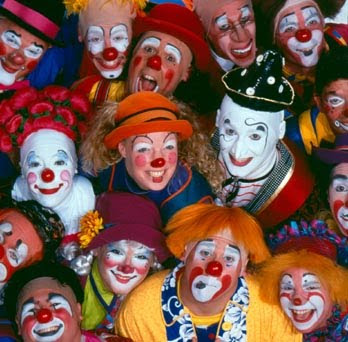 The Clowns At The Hamilton Avenue School PTA Have Screwed Up Again
The Greenwich Board Of Education Fails To Act On The Lack Of Transparency At The Ham Ave PTA
Poor Children Are Left Holding The Bag As Hamilton Avenue PTA Members Are Choking On Their Lobsters.
Where Is The Transparency At The Hamilton Avenue PTA?
Parents say that the Hamilton Avenue PTA Took In $59,000 At Harborfest And Not One Penny Is Going To The Children.
Some PTA members say that they lost money on Harbor Fest, While others PTA members say that the group just broke even and had exactly $59,000 in expenses.
Either way some of Greenwich's most needy and vulnerable children don't get a damn dime from Harborfest.
Hamilton Avenue Parents are especially enraged with money being wasted on Fancy Nancy VIP events at Harbor Fest.
Some parents say that one Harborfest VIP event arranged for a special fly over by two planes as Hamilton Avenue insiders imbibed in alcoholic beverages.
How much did this all cost?
How did this help the poor children of Hamilton Avenue School?
Once again the children of Hamilton Avenue are suffering, because of incompetence.
And of coarse the Greenwich Time editor David McCumber is turning a blind eye to the shenanigans that are occurring in one of the poorest and lowest performing schools in the Greenwich public school district.
Hamilton Avenue parents have reached out to Third Rate Greenwich Time Cub Reporter COLIN GUSTAFSON and once have been ignored by the Hearst Newspaper education reporter.
Hamilton Avenue parent's just can't trust the Greenwich Time or Attorney General Dick Blumenthal and they now must complain to the CT State Education Department to find out what happened to the $59,000 that was raised at Harborfest.
Did Bob Macintyre, Hamilton Avenue PTA Vice President of fund raising and event chairman, really spend a year on an event that lost money?
HarborFest started as a carnival, but Macintyre, who has a passion for boating and sailing, wanted to do something even more extravagant.
Over 110 volunteers, signed on to ensure the success of HarborFest -- but Macintyre's extravagances left their children of Hamilton Avenue School with nothing.
Local establishments, including Garden Catering and Longford's Home Made Ice Cream did not participate in Harborfest, with the knowledge that the Hamilton Avenue Children would not be getting one cent from the event.
Maybe, the Delamar Hotel, wich was the "official" hotel for HarborFest should give the Hamilton Avenue Kids a little something for all of those Fancy Nancy rooms that they rented out durring the event.
Maybe, The Board Of Education Should Change The Way That Ham Ave PTA Leaders Are Chosen And Go To A More Open System That Will Bring In New A Bread Of Leaders That Will Put Children First?
Even A Ham Ave Second Grader Understands That Using Funds Meant For Poor Children On VIP Parties Is Just Wrong.
Attorney General Richard Blumenthal and upset Hamilton Avenue School parents can reach Bob Macintyre on his cell phone at 203-550-0019.
It's Time For Bob "Look At Me I Am A Big Shot" Macintyre To Cut A Check To The Ham Ave PTA For His Fancy Nancy VIP Party That Was Paid For With Funds Meant For Poor Children.
===============================
Please send your comments, news tips and press releases to GreenwichRoundup@gmail.com
Posted by Greenwich Roundup at 6/06/2010 07:18:00 AM No comments: Links to this post

Please send your comments, news tips and press releases to GreenwichRoundup@gmail.com
More Greenwich news | Unsubscribe
Posted by Greenwich Roundup at 6/06/2010 06:09:00 AM No comments: Links to this post

Please send your comments, news tips and press releases to GreenwichRoundup@gmail.com
Posted by Greenwich Roundup at 6/06/2010 12:29:00 AM No comments: Links to this post