Please send your comments, news tips and press releases to GreenwichRoundup@gmail.com
Posted by Greenwich Roundup at 1/24/2010 10:37:00 PM No comments: Links to this post

Please send your comments, news tips and press releases to GreenwichRoundup@gmail.com
Posted by Greenwich Roundup at 1/24/2010 09:25:00 PM No comments: Links to this post

Please send your comments, news tips and press releases to GreenwichRoundup@gmail.com
Posted by Greenwich Roundup at 1/24/2010 08:26:00 PM No comments: Links to this post 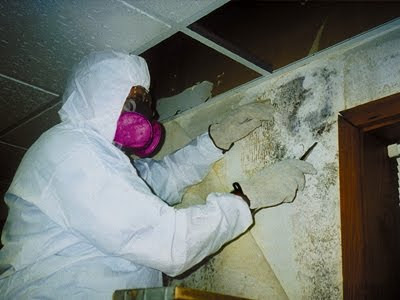 The Greenwich Time Editors do not have the journalistic balls to ask why the Greenwich Board Of Education and the school superintendent are still using Charles Schwartz, who the Hamilton Avenue School parents proved was no longer licensed, nor is his company Environmental Assessments & Solutions, Inc. registered with any reputable Environmental Agency or Group.


The Greenwich Time Editors do not have the journalistic balls to ask why a copy of the test results and the letter from the so-called environmental consultant Charles Schwartz is not posted on the Greenwich Public Schools website for all to see.


Why hasn't Steven B. Anderson, Board of Education Chairman or Dr. Sidney A. Freund, Superintendent of Schools issued a press release about the mold and the leaking steam pipe that some Western Middle School parents say is wraped in asbestos.

The Greenwich Board Of Education Has Downplayed And Lied To Parents About Mold In The Past.

Can Parents really Be Expected To Trust Thier Childrens Health To The Same Old Cast Of Characters Who Tried To Cover Up Serious Mold Infestations In The Hamilton Avenue School And The Modular Classrooms.


For Three Days This Is All That Western Middle School Parents Have Been Told .....


I am writing to inform you about some facilities work that will occur at Western this weekend.


A steam pipe leak in the crawlspace below the art storage room was reported.


There was excessive humidity and condensation in the closet, presumably due to the steam leak.


An environmental investigation of the adjoining art rooms and storage closet was conducted by Charles Schwartz representing Environmental Assessments & Solutions, Inc. The report noted, "no mold like staining, odor, or irritation were experienced in the adjoining rooms including the Kiln Room, E2 classroom, E6 classroom, or the E4 computer classroom.


Based upon our observations we conducted bioaerosol (mold in air) and asbestos air testing in the concern storage room and all adjoining rooms and halls with rapid turn-around. Asbestos air samples with TEM analysis identified no asbestos in air in any of the sample locations."


Mr. Schwartz did note "visible mold like staining on the
window, exterior wall and wood cabinets in the storage room.


"There was no musty odor nor did the investigator experience irritation symptoms while in the storage room."


Please note this is a locked storage room that students do not access.


Based on this information, a mold remediation contractor was immediately employed to conduct interim control measures directed on-site by the investigator including the following actions:


1. The E2 storage room was placed under negative pressure with a HEPA filtered negative air machine, then the room was locked and sealed.


Following these interim control measures retesting for bioaerosols was conducted and the results confirmed no asbestos in the air in any of the sample locations."


As you know from our summer facility projects, the Connecticut State Department of Health requires that all abatement projects, including this one, must be done when no children
under the age of eighteen are in the building.


The leak repair work and required abatement of the E2 storage room will be conducted this weekend.


Thus, all afterschool activities and the late bus on Friday, January 22nd, will be canceled.


Although we understand this is an issue of concern, we are pleased with the rapid response of the district and our team of consultants. We are relieved that this report confirms that at no time was the health of students or staff in danger.


A copy of the testing results letter from the environmental consultant is available upon request.


Please feel free to contact me with any concerns or questions.

Please send your comments, news tips and press releases to GreenwichRoundup@gmail.com
Posted by Greenwich Roundup at 1/24/2010 02:20:00 PM No comments: Links to this post

Greenwich Taxpayers Taken For A Ride As Pacewicz Laughs All The Way To The Bank......

Please send your comments, news tips and press releases to GreenwichRoundup@gmail.com
Posted by Greenwich Roundup at 1/24/2010 08:19:00 AM No comments: Links to this post

Police in Norwalk, Conn., have arrested a man they said tried to lure young children into his white van.

Norwalk police arrested a man Friday after he was identified by an underage boy who told police the man tried to lure him into his van, The Hour of Norwalk reported.

Police told the newspaper an 11-year-old boy was walking home from the school bus stop when a man driving a white van pulled up and tried to entice him into the vehicle. The boy ran home and told his grandmother, who called police.

The van was located and the man was identified by the boy, police told the newspaper.
PLEASE SEE:
Man charged in attempting to pick up boys
By STEVE KOBAK
Norwalk Hour Staff Writer

A city man is being held on $1 million bond after approaching middle school students in his van on two occasions and trying to coax them into getting into his vehicle, according to police.

Adalberto Ocampo, 45, of 100 Taylor Ave., was charged with two counts of disorderly conduct and two counts of risk of injury to a minor. He is expected to appear in court on Jan. 29.

According to Lt. Paul Resnick, the 11-year-old boy was walking home from the school bus stop when a man driving a white van pulled up beside him and tried to entice him into the vehicle.

The young boy ran home, and Ocampo drove alongside the boy, all the while still trying to lure the boy into his van by saying things like: "Why won't you let me give you a ride?" through his rolled-down driver's side window, according to a police report.

The boy notified his grandmother and was able to gave them a description of the vehicle, as well as its license plate number, police said. The grandmother alerted police at approximately 3:47 p.m.

Responding officers had stopped a vehicle fitting the description of the van driven by the suspect, and the boy was able to positively identify the driver, Ocampo, as the suspect, according to a police report.

However, the boy had also been approached by a stranger in a white van while walking home with his friend on Thursday, and police suspect that Ocampo was also responsible for that incident, according to police.

Two of Sumpter's students had informed her that they took the 4 p.m. bus to North Taylor Avenue, and a man driving a white van had asked them if they wanted a ride home, according to police.

Interviewed by police, the boys were able to give police a description of the vehicle -- a white van -- as well as a license plate number, police said.

The license plate number was traced back to a vehicle in Canton, Conn., but the registration of the vehicle had been canceled, and the plate was no longer in use, police said.

Ocampo's license plate number was similar to the one provided to police in the incident reported by the two Ponus Ridge students, according to police.

The middle-school students were brought back to police headquarters after Ocampo's arrest and interviewed by officers from the Youth Bureau of the Norwalk Police Department.

Police gained enough information to secure a warrant for Ocampo's arrest in connection to Thursday's incident. He was taken into custody at 11:55 p.m. and had not made bond at press time.

According to Resnick, Ocampo may be a suspect in two similar incidents in Greenwich.

In both of those incidents, a man in a white van asked an underage boy for directions and then told the boy to get into the van, according to a news release from the Greenwich Police Department.

The first incident was reported on the afternoon of Jan. 12 by a 17-year-old high school student who told police he was getting off the bus on the way home from school when he was approached by the man in the van, the press release said.

A 9-year-old boy reported a similar incident on the morning of Jan. 13.

He had been waiting for the bus when the man tried to lure him into his van, according to the press release.

Both complainants described the perpetrator as a white male in his late 40s, balding with gray hair on the sides and thick eyeglasses, the press release said.

The Norwalk Police Department has contacted Greenwich investigators about Ocampo's arrest, Resnick said.
YOU CAN COMMENT ABOUT
THIS STORY AT THE
GREENWICH TOPIX MESSAGE BOARD:
Arrest made after incidents with Greenwich children involving man in white van - Greenwich Topix
Police in Norwalk, Conn, have arrested a man they said tried to lure young children into his white van.....
====================================
Please send your comments, news tips and press releases to GreenwichRoundup@gmail.com
Posted by Greenwich Roundup at 1/24/2010 06:21:00 AM 2 comments: Links to this post

Please send your comments, news tips and press releases to GreenwichRoundup@gmail.com
Posted by Greenwich Roundup at 1/24/2010 02:46:00 AM No comments: Links to this post