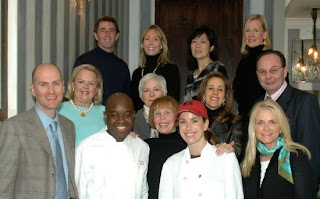 SFTT Chair Eilhys England Hackworth, Scott Mitchell of Richards of Greenwich and Event Chair Shelly Tretter Lynch are hosting B.E.S.T., a cocktail reception to champion the Best Equipment to Support the Troops. It pays tribute to the late Col. David “Hack” Hackworth by raising funds to protect the troops ‘out at the tip of the spear’ that he loved and continues to fight for through his legacy foundation, SFTT.

B.E.S.T. will be held at Richards, 359 Greenwich Avenue in Greenwich , from 6:30 PM to 9 PM on Friday May 9. While enjoying four-star cocktail fare, pastries and beverages, courtesy of l’escale Restaurant’s Executive Chef Francois Kwaku-Dongo, ...

... All of the proceeds from B.E.S.T. will be used to support the front line troops defending our freedoms by ensuring that they have the best available equipment – including body armor and helmet liners - to make it home alive and in one piece. The current Army-issue body armor and helmet liner are part of the Basic 5 personal combat essential gear that SFTT has identified as being sub-standard.

...SFTT’s is a nonpartisan, apolitical, nonprofit foundation. Its unique educational and advocacy mission is to see that the Pentagon and our elected leaders in Washington get the right equipment, training and leadership for our US troops ‘at the tip of the spear,’ by giving a public voice to and providing a candid forum for America’s front-line forces.

Too Much Tevin
Greenwich Citizen - Greenwich,CT
By Scott Ferrari

FAIRFIELD - If Greenwich High is to make a run in the CIAC Class LL boys' basketball tournament next week, Tuesday night's FCIAC semifinal ...

Out of the Mouth of Babes
Greenwich Citizen - Greenwich,CT
As a result, Greenwich becomes the 62nd of Connecticut's 169 municipalities to climb aboard the clean energy train chugging across the state. ...

With Drug Abuse on Rise, Paulmeno Makes Pitch for Health Coordinator
Greenwich Citizen - Greenwich,CT
By PATRICIA McCORMACK That is according to a report presented to the Greenwich Department of Public Health Board Monday night by Community Health Planner ...

Friends Friday Films - 51 Birch Street
Where: Greenwich Library at Cole Auditorium 51 BIRCH STREET (2005) Directed by Doug Block. A great documentary that takes a look at the filmmaker’s Port Washington, NY roots and by doing so gets at the root of all families and their ...
Greenwich Library Today's Events - http://www.greenwichlibrary.org

Republican Retirements Leave Open Seats
By Genghis Conn
Claudia “Dolly” Powers (R-Greenwich) is retiring. The 151st has long been a solid GOP district. Alfred Camillo Jr., a former RTC chair, is running for the seat (no word on a Democrat yet). The district should be safe Republican ...
Connecticut Local Politics - http://ctlocalpolitics.net

Wiederecht lifts Staples to fifth
By MIKE MADAR Hour Correspondent GREENWICH -- Staples junior Christopher Wiederecht finished second in the 500-yard freestyle and fourth in the 100-yard butterfly to lead the Wreckers to a fifth-place finish at the FCIAC Boys Swimming ...
http://www.thehour.com/ 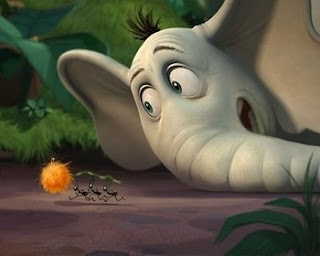 Blue Sky Animation is pulling out of White Plains New York and to Connecticut, where the tax breaks are as high as a Horton the elephant's eye.

Additional details emerged yesterday about the state's behind-the-scenes bid to lure the renowned digital animator and its 300 employees from to Greenwich with tens of millions in film tax credits. It remains unclear, though, how thoroughly the state's effort to woo Blue Sky has been analyzed, and if it will pay off.

Jim Watson, spokesman for the state Department of Economic and Community Development, said the examination by his department, which is providing Blue Sky an $8 million low-interest loan, cannot be released because it involves confidential, proprietary information.

House Speaker James Amann, D-Milford, has promised the company $10 million more in tax breaks. Many lawmakers this week said they thought last year they were voting on a generic bill creating a maximum, annual, transferable tax credit of $15 million to be split among digital animation studios with 200 or more full-time employees.

"In budget negotiations (the discussion) was always in terms of the entire film industry," House Minority Leader Lawrence Cafero, R-Norwalk, said yesterday. "Never was an individual company mentioned, ever."

Leap Year birthdays finally get a chance to celebrate
BEING A LEAP YEAR baby has helped Anthony Gioffre stay young.

Camillo vies to replace Powers
The chairman of the Republican Town Committee seemed surprised that no one had questions for Fred Camillo Wednesday night when the town native announced he would make a bid for a state House of Representatives seat.

Town to rejoin lobbying group
Going against his predecessor's view that it is a waste of taxpayer money, First Selectman Peter Tesei wants the town to rejoin the Connecticut Conference of Municipalities.

Teachers slam BET on day care
Teachers at last night's Board of Education meeting bemoaned this week's decision by the Board of Estimate and Taxation to turn down the board's request to operate a child-care center for children of teachers.

NCC settles sexual assault suit for $765K
NORWALK - Norwalk Community College has settled a federal lawsuit with a student who claimed a male professor sexually assaulted her four years ago.
Posted by Greenwich Roundup at 2/29/2008 12:50:00 AM No comments: Links to this post