This is Howard from feedmil.com, a new real-time search engine dedicated for fast feed discovery.

I am writing to invite you to submit a short informative description about the feed you publish at http://greenwichroundup.blogspot.com/feeds/posts/default?alt=rss .

At feedmil, we provide not only feed search but also individual feed pages so that users can conveniently examine more details about a feed before they decide whether or not to subscribe to it.

Description about your feed in your own words will be listed under the section titled "Words from the Author(s)" of your feed page at feedmil, and we believe that it will help your potential subscribers better understand what your feed is mainly about and what kind of feedback you want, possibly increasing the number of subscribers to your feed.

You can send me any content you like to be displayed under "Words from the Author(s)" for your feed by replying to this email, and any kind of additional materials in the form of attachments in the reply email would be welcome as well.

I sincerely thank you for all the great content you publish, which makes the service like ours possible.

Your attention would be highly appreciated.
Thanks. 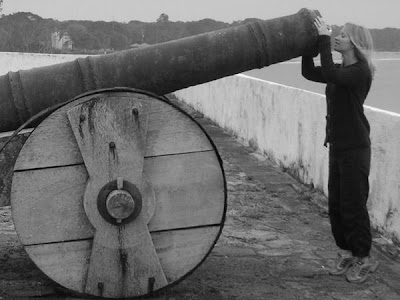 Where's Ace Reporter Clark Kent When You Need Him?

Antares hits the Greenwich Time – it won’t be pretty

Watch for Sunday’s Greenwich Time. Front page story on the rise and fall of the Antares boys. [UPDATE - Not online as of 6: AM Sunday - Hmmm - did BJ O'Rourke, Terror of the New Canaan Bar, get the story spiked? Fascinating times at the Time - we'll have to dig around and see what's up on this]

Neil Vigoda (?) has spent weeks, even months on this one and somehow I don’t think it will be the puff pieces the boys generated when they were strutting around town telling whoppers about their genius. Turns out, that remedial year at Choate didn’t do them much good after all.

UPDATE: And while you’re waiting for that story, GT has already posted the latest investigative reporting by its top intern, Susie Plate Lip :

Scene … Greenwich resident Judge Judy Sheindlin was seen dressed elegantly in her summer whites on Wednesday morning outside of the CVS on Greenwich Avenue.

Can this girl write, or what?

It’s tomorrow that Greenwich Time will run its expose on the sorry state of the Antares boys, not last week, as I so prematurely reported. And while I’m correcting things, Abe Vigoda was the sad faced cop on Barney Miller, Neil Vigdor is the very able Greenwich Time reporter who’s dug up good stuff on our local clown developers. My confusion of those names is evidence of a misspent youth, obviously.

Nope – no story today. I know that the article’s been written, so where is it? My guess is there are a couple of lawyers involved here, but maybe there just isn’t space to run it what with Suzie the Gossiper’s column and must-read stories about face painting and community gardens.

Greenwich Time: we’ll spike a story on Antares, but if we can slam a kid, we’re all over it

Greenwich Time’s expose of Antares developers seems to have disappeared off the table while their lawyers figure out if they might get sued. But the death of a 23-year-old Greenwich girl who my daughter Sarah tells me was universally loved as a warm, generous, loving girl, is treated as a crime story:

A Greenwich woman was speeding, talking on a cell phone and not wearing a seat belt when she lost control of her car and slammed into a telephone poll last Wednesday, Vermont police said.

Hannah Smith, 23, was pronounced dead at the scene of the 10:30 p.m. accident on Todd Hill Road in Winhall, Vt., about 35 miles northwest of Bennington.

Chief Jeffery Whitesell of the Winhall Police and Rescue Department said not wearing a seat belt may have been the major factor in her death.

“Had she been belted in, it may have been a different story,” he said. “She was partially ejected from the vehicle.”

Police said Smith was also speeding, but said the exact cause of the accident may never be answered. “I don’t know if we are every going to definitively ever know,” he said.

I understand that our local paper relies mainly on AP stories for its filler but when it assigns one of its few remaining reporters to write on the death of a young Greenwich girl, I’d hope for a more restrained approach. I don’t object to recounting her errors, but to use them as the lede is pretty appalling.

Is Antares still using that name?

Attention Antares subs – about those bills? Forget it

Can Antares keep its tenants?

Proverbs 16:18 Pride goeth before destruction, and an haughty spirit before a fall.

Here is a press release for our Co Ed Volleyball program.

If you can put this in any community calendars or postings I would
appreciate it.

The league is Co Ed and will run from October 2009 – February 2010. All games will be played at Western Middle School on Tuesday, or Thursday evenings. All residents 16 years of age or older that live in the Town of Greenwich can enter a team, as well as employees of Corporations that reside in Greenwich.

For more information call Frank Gabriele, Recreation Supervisor at 622-7821 or visit our website at www.greenwichct.org