05/26/10 CTPost: Rick Torres Says He Has Signatures Needed For Primary 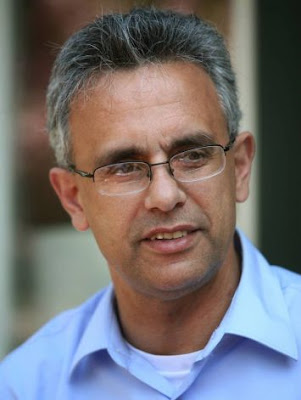 Keeping his remarks short in Wednesday's noontime heat, Republican Rick Torres stood outside his Harborview Market to announce he's already collected more than 2,000 signatures to get his name on the primary ballot for the fourth Congressional District.

To take part in the primary for the congressional seat, Torres needs 1,988 signatures from registered voters. State Sen. Dan Debicella, R-Shelton, received the GOP nod at the convention last week.

"That political process is about picking the cutest guy," Torres joked, or the one who can raise the most money. "It should be about a debate of ideas."

He was joined by U.S. senate candidate Peter Schiff, who is also seeking to get on the primary ballot, and who endorsed Torres' bid. Torres pledged his team would help collect signatures for Schiff, who needs about 8,500 certified signatures.

A fiscal conservative, who feels big government must be drastically slashed, Torres said, "We can chose to bail out failure or we can allow the successful to prosper ... Big government answers always fail."

Torres said anarchy and tyranny will follow if government continues on its current course. "I'm a survivor. I survived tyranny twice -- in Cuba and in the socialist Section 8 housing in America."

The November elections are not simply about electing Republicans, Schiff reminded supporters. "There are plenty of Republicans in Washington now," he said, but they're not always the right Republicans.

Schiff, a Weston resident, said voters shouldn't accept statements from the "party elite" that grassroots campaigns like his and Torres can't succeed in Connecticut.

"A real grassroots campaign can win in Connecticut," he said. "Vote for a real Republican for the U.S. Senate."

Both have been endorsed by the Independent Caucus, a grassroots organization seeking to elect limited government, fiscally responsible candidates who adhere to Constitutional authority.
=========================
Please send us your comments, news tips and press releases
Posted by Greenwich Roundup at 5/26/2010 08:15:00 PM No comments: