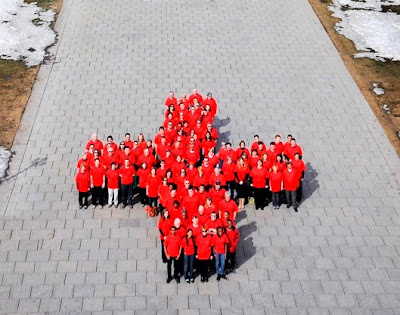 The Westchester County and Greenwich, Conn., chapters of the American Red Cross are to be combined under a consolidation that officials say will strengthen the organization's emergency response capabilities and make it more efficient.

The Red Cross say the new structure allows them to better realize efficiencies, particularly in times of disasters, and will further improve their ability to provide help to those in times of need

The Greenwich Red Cross CEO is out and Mary Young has been tapped to lead the newly combined chapter.

The merger includes a 10 percent reduction of paid Red Cross staffers, who were informed earlier in the summer that they would be laid off by Sept. 1.

The Red Cross says similar consolidations and layoffs are occurring among Red Cross chapters across the country to save money in a tough econonomy.

The Red Cross wont say how many people were laid off in Greenwich, or how much money was saved.

John Ravitz, chief executive officer of the Westchester chapter, has been named chief operating officer for the region, which includes the newly merged chapters along with New York City and Long Island.

08/23/11 THERE WAS NO EARLY WARNING: Animals at Greenwich Kennel Didn't React To Quake (Updated)

08/23/11 BREAKING NEWS: Indian Point in Abnormal Operating Procedures - Greenwich Could Potentially Be At Risk: Where is the Greenwich Time? (UPDATED)

08/23/11 CT BREAKING NEWS: Earthquake Shakes Greenwich And The Eastern Seaboard - Where Is The Greenwich Timw? (UPDATED)

Hearst Newspapers And The Greenwich Time Are Begging For News Stories:

Did you feel the earthquake?

A 5.9-magnitude earthquake with an epicenter in northern Virginia sent tremors throughout the east coast Tuesday afternoon, including all of Connecticut.

Stories of tremors shaking and evacuating buildings and public safety officials urging caution quickly went viral on Twitter, and just about everyone from Greenwich to Danbury, from Stamford to the Valley, felt the impact.

We need more reader stories to pass along and display on our websites, so we’re asking you: Where were you when the earthquake hit? What did you feel? How did people in your building react?

Leave a comment to tell us your story and we’ll feature the best ones in a story across the Hearst Connecticut Media Group.

GreenwichTime Have a good #ctearthquake story to tell? Leave a comment here & we'll include in our coverage: http://t.co/nbbWD0lreply · retweet · favorite

connpost Have a good #ctearthquake story to tell? Leave a comment here & we'll include in our coverage: http://t.co/mc1RSqireply · retweet · favorite

DarienNews Have a good #ctearthquake story to tell? Leave a comment here & we'll include in our coverage: http://t.co/gnHD61jreply · retweet · favorite

ffldcitizen Have a good #ctearthquake story to tell? Leave a comment here & we'll include in our coverage: http://t.co/ehRBHWvreply · retweet · favorite

bendoody Have a good #ctearthquake story to tell? Leave a comment here & we'll include in our coverage: http://t.co/knRNrQnreply · retweet · favorite

NewCanaanNews Have a good #ctearthquake story to tell? Leave a comment here & we'll include in our coverage: http://t.co/LGXFR7f4 hours ago · reply · retweet · favorite

FOUR AND A HALF HOURS LATER

IT'S NOT REALLY A LOCAL GREENWICH NEWS STORY, BUT WILL GIVE THE GREENWICH TIME AN E FOR EFFORT