A Lot Of Newspapers Carry Associated Press Reports About Greenwich:

Please send your comments, news tips and press releases to GreenwichRoundup@gmail.com
Posted by Greenwich Roundup at 5/02/2009 09:40:00 PM No comments: Links to this post

Email ThisBlogThis!Share to TwitterShare to FacebookShare to Pinterest
Americans struggle through a day in the recession
Modesto Bee

Email ThisBlogThis!Share to TwitterShare to FacebookShare to Pinterest
Road races plentiful in May
Stamford Advocate

....Next Saturday one of the prettiest 3 mile races in the state, the Riverside Run, celebrates its 27th running from the elementary school in that section of Greenwich.

It's a challenging course because the first mile or so is primarily downhill as you run from the school to the seaside community of Willomere, encouraging racers, especially the throng of youngsters from the school, to bolt out at breakneck pace. Of course, all that altitude has to be regained, and the climb back up brings more than one person to a shuffle or walk. In the early days of the running boom 10km races were everywhere; now, they're rarities, at least in these parts.....
Posted by Greenwich Roundup at 5/02/2009 06:24:00 PM No comments: Links to this post

The Greenwich Department of Parks and Recreation has begun registration for the Small Fry Baseball program. Players must turn age 7 before April 30, 2009. Log on to www.greenwichct.org for more information, or contact the recreation office at 622-7830.

AP Connecticut at 2 p.m. - Nobody Has More Associated Press Stories Than The Greenwich Time..... 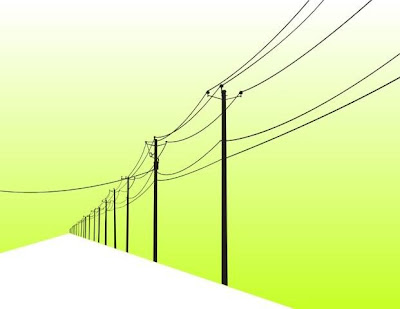 This Just In From The Associated Press Wire Service .....

RECESSION-ONE DAY IN AMERICA UNDATED -- It's a rainy spring morning and Tamara Ogier plants herself at a table in a Spartan room in the Atlanta federal courthouse, computer and tape recorder at hand, ready to hear another day's stories of financial ruin. Couples facing foreclosure. Down-and-out real estate agents. Merchants who've shut their doors. Some clutch folders, some couples hold on to each other as they sit on pew-like benches, waiting to tell the court-appointed bankruptcy trustee how they ended up deep in debt. By National Writer Sharon Cohen. An abridged version also moved. Story includes profile of Greenwich resident.

Greenwich man, others across the country, struggle through the recession
It's a rainy spring morning and Tamara Ogier plants herself at a table in a Spartan room in the Atlanta federal courthouse, computer and tape recorder at hand, ready to hear another day's stories of

Connecticut falls short of fed goal on flu supply
BALTIMORE -- With a swine flu outbreak spreading across the nation, more than half the states -- including Connecticut -- have yet to stockpile the number of flu-treatment doses recommended by the federal government, an Associated Press survey finds.

Chrysler files for bankruptcy
DETROIT -- After months of living on government loans, Chrysler finally succumbed to bankruptcy Thursday, pinning its future on a top-to-bottom reorganization and plans to build cleaner cars through

Two sentenced in regional drug ring
BRIDGEPORT -- Two state men have been sentenced to prison for their roles in a drug-selling operation that brought large amounts of cocaine from New York to New Haven. John Hobson, 49, of West Haven


By Julie Pace The Associated Press

Economic fall bigger than forecast
WASHINGTON -- The economy shrank at a worse-than-expected 6.1 percent pace at the start of this year as sharp cutbacks by businesses and the biggest drop in U.S. exports in 40 years overwhelmed a

Jon Cooper and Robert Cooper
New York Times
Jon Cooper and Robert Cooper were married Thursday at Binney Park in Old Greenwich, Conn. Ann S. Isaacson, a justice of the peace in Greenwich, officiated.
Jon Cooper (left), 54, is the Democratic majority leader of the Suffolk County Legislature in Hauppauge, N.Y. He is also the president and an owner of the Spectronics Corporation, a manufacturer in Westbury, N.Y., that makes ultraviolet lighting equipment and fluorescent materials. He was the Long Island chairman for Barack Obama’s presidential campaign and had a seat on Mr. Obama’s national finance committee. He graduated from Duke.
He is the son of Florence Cooper and B. William Cooper of Lloyd Harbor, N.Y. His father is a founder and the chief executive of Spectronics.
Robert Cooper, 51, legally changed his surname 21 years ago, soon after the first of the couple’s five children was adopted. He is a member of the board of the Family Service League, a nonprofit organization in Suffolk County that offers assistance to needy families.
He is a son of Nelida C. Lache of Miami and the late Roberto Mesa, who lived in Havana.
Posted by Greenwich Roundup at 5/02/2009 01:46:00 PM No comments: Links to this post

Swine Flu tests Greenwich's Health Emergency Response
No cases of swine flu have been detected in Greenwich, but Health Director Caroline Baisley and her team of emergency health responders are, through drills, ...

Art to the Avenue
By Anne W. Semmes
Greenwich is brimming with artistic talent, and for more than three weeks in May, 130 local artists will be celebrated in the windows and ...

The departing Kathy Greider gets a roasting by the BOE
By Anne W. Semmes
With only a couple of weeks left before Deputy Superintendent Kathy Greider says goodbye to the Greenwich Public School district, ...

It's academic
tephanie Damascus, of Greenwich, a student at King Low Heywood Thomas School in Stamford, is among 25 outstanding high school juniors selected to Bentley ...

Capasso stepping down as GHS headmaster
By Anne W. Semmes
On Monday, Alan Capasso, 54, who has steered the good ship of Greenwich High School (GHS) the last five years as headmaster and the ...

The class will be taught by local historian John Savage, of Old Greenwich, who wrote and produced all the videos.

Re: Greenwich Diva get top link from Huffington Post

Glad to see Greenwich Diva getting the recognition for something that she loves and works hard for.

PHOTO: New School president Bob Kerry, former CBS anchorman Dan Rather, and Virginia senator Jim Webb talk before the start of the fundraiser Friday for Soldiers for The Truth Foundation held at Richards of Greenwich.
Celebs, politicians come out to support troops in Greenwich
A mix of high-profile politicians, celebrities and soldiers advocates' gathered on Greenwich Avenue Friday night to honor U.S. Sen. Jim Webb, D-Va., with an award that highlights his work in providing troops with life-saving combat gear.
The event at Richards of Greenwich was hosted by the Greenwich-based advocacy group Soldiers For The Truth Foundation as part of an honorary salute to the organization's founder, the late Col. David Hackworth.
Special guest Dan Rather, former head anchor for CBS News, joined in lauding Webb and honoring two soldiers' families at the event.
"I believe strongly in the work that they do," said Rather as he arrived at the event. "I am happy to help in any way that I can. Their work is very meaningful."...... Read More »

Greenwich backpedals on plan to change addresses
The numbers just don't add up for Cos Cobbers. Now they might not for town officials either. A day after a contentious public hearing on a public safety initiative to renumber properties along East Read More »
Greenwich, officers agree to settle over military lawsuit
Two years after five Greenwich police officers sued the town claiming they were discriminated against because of their military service, officials said Friday that a tentative settlement has been reached.
Though officials on both sides confirmed that the officers and the town had reached an agreement, they said details of the settlement cannot be released to the public until it is approved by the Board of Selectmen, the Board of Estimate and Taxation and the Representative Town Meeting. "At this point in time, all I can say is that the settlement conference was productive and we will be moving forward with presenting the results of it to the various town bodies," said First Selectman Peter Tesei, who traveled to Hartford on Thursday to participate in a settlement conference before a federal magistrate.....
....The four other officers in the military lawsuit were Patrolman Sean O'Donnell, Sgt. Kraig Gray, Lt. James Heavey and retired Detective Terry McCue. Their Meriden-based attorney Richard Gudis did not return several calls Friday seeking comment on the settlement. Town Attorney John Wayne Fox did not return a call for comment Friday.
Chief of Police David Ridberg, who also attended proceedings in Hartford on Thursday, said he felt positive about the way the conference played out.....
....The lawsuit was seeking unspecified compensation for economic losses, including benefits, legal fees and punitive damages, from the town. Officials did not say whether the town agreed to pay anything Thursday, or if any of the officers will have a chance to take promotional exams they were barred from participating in before.
Officials said it could be a few months before the agreement is finalized. Read More »

Kids, parents take in annual Pow WowWith an aural background of excited, screaming children, Bill Fox watched carefully as his 6-year-old son Will took his first whirl on one of the big amusement rides Friday afternoon at the North Mianus School Pow Wow. Read More »
Green path to heaven
EVANSTON, Ill. -- When it rained, water filled the basement a foot high, flooding the preschool room at least once a year. The air conditioner wouldn't work in two rooms at the same time. Read More »