07/20/10 Hypocrite: Congressional Candidate Robert Merkle: “I Forgot To Vote, But Be Sure To Vote For Me” 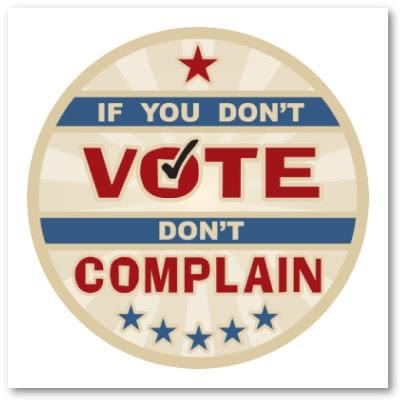 Amateurish Inexperience Is Beginning To Show As We Get Closer To The August 10th Primary:

The Problem Is That A Small Tea Party Faction Did Not Properly Vet Rob "I Got Issues" Merkle.

The Only Connecticut Republican Candidate Arrested For Drug Possession Rob Merkle, is not really qualified to run for Congress.

Rob "I Am A Real Tea Bagger" Merkle Is The Biggest Critic Of The American Political System,

"If You Didn't Vote. Don't Complain."

The Truth Is Guys Like Rob Merkle Are A Big A Part Of The Problem.

Rob “We All Need To Get Involved” Merkle has only voted twice in his life. Maybe Mr. Merkle was just too busy running his faltering business, Westport-based executive search firm Management Recruiters.

Rob Merkle hopes win an August !0th primary so that he can run against Democratic Congressman and resident Jim Himes in November. ’s Dan Debicella and ’s Rick Torres are in a three way Republican primary with Merkle of Norwalk.

According to the Norwalk Registrar of Voters, Merkle registered October 25, 2008, just before the presidential election. Records also indicated that Merkle voted in municipal elections in 2009.

In addition, Merkle lived in between 1998 and 2002. According to the Secretary of State's office in , he registered to vote on February 25, 2001. However, there is no record of Merkle having voted.

Merkle’s lack of involvement is a red flag.

A check of voting records in shows no indication that Merkle even bothered to register to vote.

Many say that Merkle, cares little about the issues and is just being opportunistic, because he feels that incumbents might be vulnerable in November if the Connecticut economy fails to improve.

Most long time Connecticut Yankee Republicans, who have voted all of their lives, think that Merkle is a spoiler and are repulsed by his misguided political ambitions.

To Vote In Connecticut

07/18/10 How News Gets Reported In Fairfield County

Please send your comments, news tips and press releases to GreenwichRoundyUp@gmail.com
Posted by Greenwich Roundup at 7/20/2010 03:20:00 PM No comments: Links to this post

For the fourth straight time, Lt. Gov. Michael Fedele won a court ruling Tuesday that allows him to spend public money in his campaign for governor.

The State Supreme Court upheld a ruling by a Superior Court judge that allows Fedele to spend more than $2 million against Greenwich multimillionaire Tom Foley in an increasingly bitter race. Foley has filed multiple lawsuits in a high-stakes legal battle in the Republican primary.

The ruling by the state's highest court marks a watershed in the Republican primary as Fedele will now be able to compete on television and in paid advertisements against Foley, who has already poured more than $2 million into his campaign.

With only three weeks left until the August 10 primary, Fedele is already on a pace to be spending about $2 million in one month - one of the highest totals in state history.

"This is another way in which Tom Foley is trying to buy this election,'' Fedele spokesman Christopher Cooper said on the steps of the Supreme Court after the ruling. "He bought the ambassadorship, and now he's trying to buy the governor's office. ... He's tied up the courts. He's cheated the taxpayers. ... We were never surprised by any of the four decisions.''

Foley's campaign manager, Justin Clark, said that the Fedele campaign should not seek additional public money for its campaign. Fedele, though, is on the agenda for Wednesday at the State Elections Enforcement Commission in Hartford in his request to receive an additional $312,500 - which would be the final portion of $2.5 million in public funds. The number is increased beyond the base grant of $1.25 million because Foley spent additional funds that sets off triggers and provides additional money to his opponent.

"They should refrain from asking for more,'' Clark said of the Fedele campaign. "It looks like they're going to ask for it and get it.''

Attorney Wes Horton, an attorney for Foley, noted that the Supreme Court ruling was made orally - and the exact details will not be known until later when a written decision is delivered.

"It's possible they're saying they don't want to intervene,'' said Horton, who was standing next to Clark after the ruling.

"For the fourth time in a week, Tom Foley has seen his frivolous lawsuits fail in court. This time, the state's highest court entered a judgment sending a clear message rejecting Tom Foley's attempts to buy or win the election in a courtroom. Mike Fedele will continue to move forward with his campaign to bring structural reform to state government, cut spending, and veto new taxes."

"Foley's attempts to obstruct the political process and distract voters from the many scandals that have plagued his candidacy have now failed a fourth time. In the last ten days, he has produced a mountain of legal documents to pursue these frivolous lawsuits, yet he still hasn't produced the sealed court papers from his past arrests."

Before the arguments began, Foley said in a statement: "This is a very important issue not only for the integrity of campaigns but for Connecticut's taxpayers. I have been surprised and disappointed at Lieutenant Governor Fedele's refusal to return the portion of his government grant that was found unconstitutional by the Second Circuit Court of Appeals. I hope he will do the right thing and immediately return this money to the taxpayers."

Foley, who won the Republican Party's convention endorsement for governor, has been leading in the polls by double digits for months. Fedele has been in second place, followed by longtime business executive Oz Griebel of Simsbury in third place.

Griebel joined in Foley's civil lawsuit, saying that the State Elections Enforcemennt Commission should not have allowed "double counting'' that permitted Fedele and his running mate, Danbury Mayor Mark Boughton, to each raise the maximum of $100 per contributor and then combine that money for a total of $200. Both Foley and Griebel said that $200 was beyond the maximum and should not have been allowed.

The SEEC, however, said that Fedele had properly followed the law.

Read more at courant.com
WHERE"S THE GREENWICH TIME?
They Must Be On A Rob Merkle Break
Posted by Greenwich Roundup at 7/20/2010 12:42:00 PM No comments: Links to this post