12/29/07 - Several more lawsuits are pending against former Greenwich Resident Martin Frankel and others. About $126 million has been recovered.

State gets cut of Frankel assets

Mississippi will share in $72 million of assets seized from Martin Frankel, a former financier convicted of stealing from insurance companies....

... that he was investing the companies' assets, but instead stole the $200 million to pay for a two-house compound in Greenwich, Conn., luxury cars and several girlfriends, prosecutors said. Frankel fled the country in May 1999 shortly after a meeting ...
Posted by Greenwich Roundup at 12/29/2007 09:43:00 AM No comments: 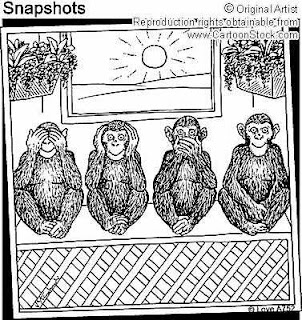 “I am especially going to complain about the 4 to Midnight shift when most of the vandalism occurs."

Police will conduct an internal affairs investigation into a complaint by a Byram merchant and town legislator who alleged yesterday four officers illegally targeted his North Water Street flower and gift shop Thursday evening to stifle him from criticizing them on a local radio program.

Brian Harrod, 46, of 161 North Water St., filed a one- page complaint yesterday morning and said four officers entered and searched the floral shop in the building where he lives around 6 p.m. Thursday and searched it after he called police twice to ticket an illegally parked car outside the stor

Greenwich Police Capt. Michael Pacewicz said the department had received the complaint from Harrod and that it would be investigated and the officers disciplined if warranted.

Harrod said he believed the police visit to the store was suspiciously timed because it came hours after he posted on his blog that later in the day he would call 'Greenwich Matters,' a WGCH call-in show hosted by Sam Romeo that airs from 6 p.m. to 7 p.m. Thursdays, to complain about police coverage of Byram.

'It's just not kosher to use selective enforcement tactics because of somebody exercising their First Amendment rights,' said Harrod, a District 4/Byram Representative Town Meeting of Greenwich delegate elected this fall. 'You don't come after a store because of free speech....

....In his blog, Harrod criticizes police and other town agencies for allegedly overlooking Byram's needs and police know him firsthand from his ongoing complaints about illegally parked cars on North Water Street and other nuisances such as a drunk who sits in a parked car tippling all day, Harrod said.

One entry dated Thursday on Harrod's blog at greenwichroundup.blogspot.com praises rank and file officers, but said a lack of supervision hurts enforcement.

'I personally believe that there are many outstanding officers in the Greenwich Police Department, but the management of those officers is a joke,' Harrod writes. 'Windows get smashed, tires get slashed, mirrors get knocked off cars, while the Byram police officer just sits on US1 looking for broken taillights on cars.'

Harrod goes on to say he will call 'Greenwich Matters' Thursday night.

Ridberg said this week that investigators in the case had never publicly said they believed that Kissel hired his own killer, a theory which Lindy Urso, an attorney representing a potential suspect, said police have focused on.

'Thin-skinned Police Chief David Ridberg is all over the WGCH airwaves attacking attorney Lindy Urso for questioning police tactics and suggesting that Greenwich Police might want to pursue other leads,' Harrod wrote.....

(I will have more to say about this article later - For now I will just say that the hopelessly biased and unprofessional Michael Pacewicz is misleading the media and the public. I have had dealings with Mr. Pacewicz in the past and I will be discussing them in this blog in the near future.)

Here is the Original Greenwich Roundup article that completely details what happened.

This happened the day after I complained the thin skinned Greenwich Police Chief looking like a fool for repeatedly going on WGCH to attack attorney Lindsey Urso for suggesting that the Greenwich Police Department might want to braoden the 18 month old Andrew Kissell murder investigation.

Please take a look at: