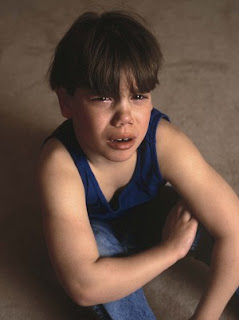 Will Christ Church Be Able To Stop The Child Abuse?

At his sentencing Thursday, Tate, 66, apologized for knowingly hiring the two unidentified men and called himself "a coward" for firing the men but not turning them into police when they molested boys in the choir.

Bausman, a Christ Church parishioner who has known Tate for 34 years, said he had hoped for the benefit of parishioners that authorities would identify the men and say when they had worked at the church.

"The specifics I don't know and I don't believe they were part of the court record," said Bausman, one of the parishioners who helped put up Tate's $500,000 bond in January 2007. It is difficult to know what to think of Tate's admission without more information, Bausman said....

... Eugene Riccio, an attorney for Christ Church, on Friday said the current leadership of the church was unaware of the two pedophiles hired by Tate until prosecutors disclosed it last week and were reviewing whatever records and statements....

... Caldwell said Tate's actions had changed many lives including his own, playing a role in his leaving Russell's firm, though the former legal associates are still friends.

"Until yesterday, I don't think anybody knew the extent of what Mr. Tate was doing," Caldwell said Friday. "This guy dropped a neutron bomb on a community of people and changed their lives. What was said today, it certainly had a shocking effect on the parishioners."

Surging Greenwich stops New Canaan
Stamford Advocate - Stamford,CT
That was how Greenwich High School's regular season played out, so why should the script for its first playoff game be any different? ...


Historical society attempting to save Mayo Ave. home slated for ...
Greenwich Time - Greenwich,CT
"It is one of the most architecturally significant houses in Greenwich," said Nils Kerchus, consultant to The Historical Society of the Town of Greenwich. ...

Please send comments to GreenwichRoundup@gmail.com
Posted by Greenwich Roundup at 2/24/2008 03:55:00 PM No comments: Links to this post