The Big Spender Sequence from Sweet Charity
Is Played For Christopher Shays'
Ex-Campgain Manager Michael Sohn
Mike, this is one of the best dance sequences
from one of the greatest choreographers of all time, Bob Fosse 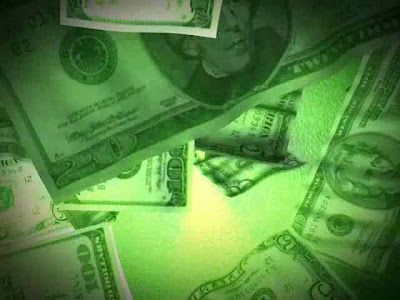 HEY BIG SPENDER: The campaign documents claim that Ex-Christopher Shays Campaign Manager Sohn took about: $83,000 in campaign checks written to himself; $70,000 through more than 100 ATM withdrawals; $16,000 in payroll; $11,000 in Verizon charges; and $11,000 in other unapproved spending, including a ticket to a Red Sox baseball game.

Michael Sohn has been a focus of a criminal investigation into the disappearance of the funds.

WASHINGTON - In documents expected to be filed Monday night with the Federal Election Commission, former U.S. Rep. Christopher Shays was to detail nearly $190,000 in misappropriated funds that he has accused his former campaign manager of embezzling.

The 11 amended reports cover the 2008 campaign and offer new details into allegations that Michael Sohn of Fairfield took the funds from Shays' campaign over the last two years.....

Sohn has been a focus of a criminal investigation into the disappearance of the funds. He was subpoenaed last month by a grand jury investigating the missing money. ...

....Shays, who raised nearly $3.7 million in the 2008 election cycle, will face a somewhat daunting task of raising an additional $200,000 under the same campaign finance restrictions he faced during the campaign. He cannot raise additional funds from many supporters, who had already contributed the maximum allowed.

Fox estimated that hundreds of man-hours of work have gone into reviewing financial documents so amended reports could be prepared for the FEC. "Our goal is to be totally compliant and responsive to their needs," he said.

What The Heck Is Going On At Hearst Newspapers ?????
Peter Urban, who is the Washington Correspondent at Connecticut Post (View full profile), has had is news story about Chris Shay's estranged campaign manager pulled down at the Connecticut Post , the Greenwich Time , NewsTimes.com and the Stamford Advocate.
Was there some inaccuracies or libelous material in the story about former Shays campaign manager Michael Sohn?
Why was the story pulled down soon after it was put up in all the Hearst Newspapers?
At The Greenwich Time The Urban Article Has Been Replaced By An Article From Greenwich Time Reporter Niel Vidgor, but the other Hearst newspapers have nothing on the Chris Shays / Michael Shon story, so far.
Report: Shays campaign details alleged fraud
Greenwich Time
By Neil Vigdor
Posted: 02/09/2009 10:42:43 PM EST
....Alex V. Hernandez, the Bridgeport lawyer for Sohn, a Fairfield resident, declined to address specific allegations regarding the unauthorized charges.
"It would be inappropriate for me or anyone else to comment at this time regarding this sensitive matter which is presently under investigation," Hernandez said. "The Shays campaign has not shared any information regarding this matter with me or my client. We look forward to receiving and reviewing any available information and responding in the appropriate forum at the appropriate time.".....
...."He's gotten tremendous support and involvement already from the members of his financial committee and close supporters of his campaign who have expressed their willingess to do whatever they can to "¦ honor his 21 years of service in Congress and to help him complete this final election cycle with the same honor and dignity that he conducted the prior campaign," said Michael Fox, a former Shays aide and member of the congressman's finance committee during the most recent campaign..
But Don't Cry For Chris, Because Dick "Mega Bucks" Blumenthal Is Going To Help Save The Day For Shays.....
Attorney General Richard Blumenthal, a Democrat who lives in Greenwich in Shays' old district, said he would consider donating to help the former congressman.
"It's every candidate's worst nightmare to face this very unfortuante situation after such a distinguished and productive congressional career," Blumenthal said.
For More Background Information Please See:
Shays’ former campaign manager suspect in fraud – Sarah Darer Littman
Dec 10, 2008
... The AP is reporting that Michael Sohn, Chris Shays’ campaign manager for the last several elections is the target of suspicions that money ...
================================================================
Please send your comments to GreenwichRoundup@gmail.com or click on the comments link below.
Posted by Greenwich Roundup at 2/09/2009 08:45:00 PM No comments: Links to this post

Bloggers Who Are From, Work In Or Used To Live In Greenwich ......
For What It's Worth By Greenwich Blogger Chris Fountain
Okay, scratch that idea, what’ll we do now? - A reader reports, “Saw Walter at Round Hill tonight. No Alzheimer’s evident. Mrs. is in Palm Beach. Not being very well received I am told. Selling the...

Tribune Company's Greenwich News Feed
Housing group says it will fight 'financial predators' by protesting at executives' homes - NEW HAVEN, Conn. (AP) — A non-profit housing advocacy group said Monday it will rally at the homes of those it calls "financial predators" — investors and ...
Greenwich Diva
Dr. Michael Kamrava implanted Nadya Suleman with the six embryos - The doctor who was responsible for injecting Nadya Suleman with six embryos was identified as, Dr. Michael Kamrava, from the West Coast IVF Clinic. Suleman...

Jane Genova: Speechwriter - Ghostwriter
Ghostwriters - Take our clients to McDonald's - "I feel we're on the same wavelength." That used to be the ultimate compliment clients could give their ghostwriters. No more. What sells ideas, books, artic...

The Blonde Excuse
Best Yahoo Answers Question Ever - As I'm sure many of you know, Yahoo Answers is the best place to get information of any sort. Basically, you type in ANY question, and then Yahoo users can a...

EDDIE "Greenwich Native" ROSS
Before & After - From Bookshelves to Butler's Pantry - After all the wrapping and boxing of breakables, the packing and unpacking of bins (upon bins, upon bins), we're finally settled into this quietly magical sp...

Greenwich Gossip
On the Charts at Aamazon.com!! - Your scribe is pleased to report that his first novel, *Winning the Lottery: A Tale of Greenwich and London*, is now officially "on the charts" at Amazon.c...
Rock Star Diary
Hawaii Day 1 - Aloha! I'm in a land called Hanalei, like Puff the Magic Dragon. For reals! Jocelyn, Victoria, Dina & Lana on the porch of the house we're staying at. Dina &...

Saramerica
Prayers for more than one reason - I was saddened to hear that Supreme Court Justice Ruth Bader Ginsburg is fighting a battle with pancreatic cancer. She is in my thoughts and prayers for a ...

The Harvest From Harvest Time Church On King Street
2009 Women's Retreat Afternoon Session - Ladies, use the top right hand button of the embedded document to view it in full screen mode, or click the iPaper button to print your own copy of the not...