0524/09 Sternberg Has Time To Give Greenwich Time Cub Reporter Colin Gustafson An Interview, But She Doesn't Have Time To Update The Schools Website 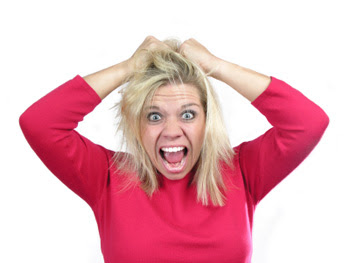 Fridat Over 150 Mothers Kept Thier Children Home From WMS.

Greenwich Public School Superintendent Betty Sternberg Has All The Time In The World To Give Greenwich Time Cub Reporter Colin Gustafson An Exclusive interview, But She Doesn't Have Time To Update The Schools Website About The Swine Flu Epidemic

Betty Is More Worried About Her Image Than The Families At Western Middle School.

"I just hope when they decided to cancel the trip, they had a plan for the aftermath of people getting their money back," said Lou Ambrogio, whose son LJ was planning to go on the Washington. "Right now, I can't afford to lose nearly $750."

"Why isn't there nothing about the sick staff members on the Greenwich Board Of Education website", say frustrated and fearful Western Middle School parents. "should I send my child Or Not?"

There was a rumour that if you pay a couple of bucks for the Sunday Greenwich Time. That the latest school information would be there. I bought the paper and found nothing", said one scared and confused Western Middle School mother. "NowI am told that Betty Sternberg is putting something in Monday's news paper.


The district may be forced to close Western Middle School on Tuesday if too many teachers call in sick, the schools chief said Sunday, a day after health officials confirmed 10 new cases of swine flu.

School officials have so far resisted calls from some parents to close the middle school last week after a sixth-grader returning from a class trip was confirmed Thursday as the first known H1N1 infection of a public school student.


However, Superintendent of Schools Betty Sternberg said Sunday evening there may be no option but to temporarily close Western early this week if staff absentee rates are so high that the school can no longer function.

Two staff members tested positive for an unknown flu strain last week, though school officials said they did not know Sunday whether their test results had been confirmed as swine flu cases by the state.....

Hey, Betty Where Are The Press Releases And

Why Hasn't The School Website Been Updated About The

Western Middle School Swine Flu Epedimic?
....."Our first hope is that we can keep school open, and our medical advisers have advised us we can," she said. "Of course, if there are not enough teachers to man the classrooms, it's going to be very difficult to have school."
Dstrict officials will have a clearer sense late Monday whether they'll have to close Western, and will notify parents when a decision is made, Sternberg said......

Sternberg Is Causing Panic In Greenwich By Witholding Information From Parents So That She Can Trade It For Favorable Coverage In The Greenwich Time.

.....Meantime, school officials announced Saturday that they will cancel Western's eighth-grade class trip to Washington, D.C., this week to minimize the potential for additional infections.

Please send your comments, news tips and press releases to GreenwichRoundup@gmail.com
Posted by Greenwich Roundup at 5/24/2009 03:57:00 PM No comments:

Please send your comments, news tips and press releases to greenwichRoundup@gmail.com
Posted by Greenwich Roundup at 5/24/2009 04:10:00 AM No comments: