SAC Capital to lay off staffers
Norwalk Advocate
Started in 1992 by Greenwich resident Cohen, SAC also operates Sigma Capital Management LLC in New York and is affiliated with SAC Global Investors LLP, an independent investment manager in London. A spokesman for the hedge fund firm, which had as much ...

Card cagers control their own FCIAC playoff fate
Greenwich Citizen
Will Greenwich High be in? The Cardinals fate as of presstime was one of the simpler matters: a win Wednesday against hapless Warde, which was 2-15 in the conference, would put Greenwich in the tournament for the second straight season. ...

Shellfishermen opposed higher tax, new fee
Stamford Advocate
Ed Stilwagon, whose Atlantic Clam Farms Inc. harvests beds off Greenwich, said the state is placing an unfair burden on shellfishermen during tough economic times. "This is not a rich man's business," he said. And Backer said it will be hard for ...

Witnesses to McMahon shooting told police a student pulled trigger
Stamford Advocate
... and asked for anonymity because the officer does not have clearance to speak about the incident, said the student was a suspect soon after the shooting that followed Monday night's McMahon boy's basketball game against Greenwich High School. ...

Blood drive award
Greenwich Time
Joan Irish, CEO of the Greenwich chapter of the American Red Cross, honored the Greenwich Fire Department recently as the leading emergency service group at the Battle of the Badges Blood Drive in December. This special drive celebrated our emergency ...

Greenwich seniors celebrate staying put
Greenwich Time
By Colleen Flaherty
Marylin Chou, right, one of the founders of At Home Greenwich, greets her friend, Bea Emery, during a party at the Second Congregational Church Thursday. Bob Luckey/Staff Photo A one-way ticket to parts south isn't for every retiree ...

Shots fired after Monday's basketball game
Although the Greenwich High School boys basketball team blew the doors of Brien McMahon High School Monday night, winning 62-39, there was still some nerve-racking moments after the game, as shots were fired outside of the high school in Norwalk. ...

Parks & Recreation Happenings
Registration has begun for the indoor field hockey clinics at the Bendheim Western Greenwich Civic Center, which starts March 7. The classes will meet every Saturday in March and April 4. Session one will meet from 9 to 10 am for children eight and ...

Cards veto 4-game skid against Sens
There was plenty of excitement on and off the court for the Greenwich High School boys basketball team when it traveled to Norwalk for a game against Brien McMahon High School. On Monday night, the Cardinals ended their four-game losing streak, ...

Crumbine will not seek re-election
When asked about the work he was most proud of, Mr. Crumbine pointed to what he had accomplished with setting up the Selectman’s Nominations Advisory Committee (SNAC) and the Greenwich/Westchester Task Force. “The job could not be more varied,”

Teaching slots escape more cuts
Having agreed earlier this week to trim an additional $1 million out of next year's education budget, school officials on Thursday revealed exactly how they will try to achieve those cutbacks.

Greenwich seniors celebrate staying put
A one-way ticket to parts south isn't for every retiree, particularly the 130 who have elected to stay -- and join --At Home in Greenwich.

New turf rules force test for health risks
Before the town could install any new artificial turf athletic fields it would be required to determine if the synthetic surfaces pose any health risks, under a controversial new ordinance being weighed by the Board of Selectmen.

Chiropractor pleads not guilty in punching death
STAMFORD -- A chiropractor charged with killing an elderly man in a downtown parking lot with one punch pleaded not guilty to assault and first-degree manslaughter at his arraignment Thursday in state Superior Court.

Greenwich cafe gets visit from feminist icon
Writer, poet and feminist icon Erica Jong offered herself up to Aphrodite Thursday, during a poetry reading and book signing at Arcadia Cafe in Old Greenwich.

Lawmakers hear from opponents, supporters of gas pricing bill
HARTFORD -- For five hours Thursday, legislators grilled gasoline distributors who attacked a bill that would require them to sell fuel at an equal price to all retailers, thereby ending the controversial practice of zone pricing.

N.Y. Amsterdam News publisher emeritus dies
NEW YORK -- Wilbert A. Tatum, retired publisher of the New York Amsterdam News, the Harlem-based newspaper that has covered the city's black community for a century, has died during a trip to Croatia, the newspaper said Thursday.

State sifts projects to provide jobs with stimulus funds
HARTFORD -- A group of Connecticut agency heads, lawmakers, and municipal leaders has begun sifting through thousands of projects to pick the ones that will receive federal economic stimulus funding.

SHS girls left their hearts on floor in loss to Warde
FAIRFIELD -- They left nothing behind.The Stamford High School girls basketball team weren't perfect but the Black Knights gave undefeated Fairfield Warde High School all it could handle before falling, 56-42, to the Mustangs in the Fairfield County Interscholastic Athletic Conference Championship Game late Thursday night at the Fairfield Ludlowe gymnasium.

UConn wins No. 800 for Calhoun
MILWAUKEE -- UConn is still on top in the Big East and perhaps in the nation. Its coach is also nearing the apex. 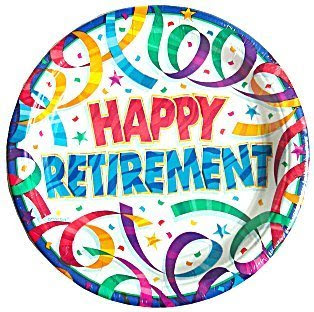 More On The Multi-Million Dollar Greenwich Ponzi Scheme That The Clueless Greenwich Time Fails To Cover .....

....The Sacramento County Employees Retirement System, or SCERS, had invested $90 million with the men and their companies in June, said Richard Stensrud, SCERS' chief executive officer.


The recession had "whittled down" that investment to about $57 million when SCERS officials first learned there might be a problem, he said.

Learning of that audit, pension officials tried to track down their money and managed to retrieve about $5 million, Stensrud said. Another $52 million is still in limbo.

The feds have frozen the companies' assets, according to a spokesman with the U.S. Commodity Futures Trading Commission.


.......According to court documents, Greenwood and Walsh are suspected of using millions of dollars in misappropriated funds to buy rare books, horses, $80,000 teddy bears and a $3 million home for Walsh's ex-wife. Since 1996, the men fraudulently solicited $1.3 billion through their companies, the documents allege...... A Downcast Peter Crumbine and his wife, Bea, listen Wednesday at Town Hall as Republican leaders give a staged salute to the five-term selectman for his service to the town. Crumbine announced that he will not seek re-election. (Neil Vigdor/Greenwich Time photo)

Here Is The Real Story Behind The Picture .....
Rival Town Political Parties Start To Deploy Their Chess Pieces, With Political Power The Prize In November.
Top Political Insiders Are Making Backroom Moves In A Struggle To See Who Will Dominate The Political Landscape Of Greenwich
Some In Greenwich Had Said Only God Could Unseat The Senior Member Of The Board of Selectmen, But Republican Party Leaders Want And Need New Blood In The Upcoming Town Election
The five-term Republican Selectman Who Had Previously Included Four-Year Stints On Both The Representative Town Meeting And The Board Of Estimate And Taxation Was Simply Viewed As Being Too Closely Tied To The Towns Failure To Having An Emergency Rainy Day Fund.
Many Greenwich Political Observers Say That The Departing Crumbine, Who Had Served With Four Different First Selectmen, Made The Wise Choice To Jump Before He Was Pushed Aside.
Now Here Is The Republican Town Committee Approved Story Brought To You By The Greenwich Time.....
Greenwich selectman won't seek new term
Crumbine stepping down after five terms
By Neil Vigdor
Staff Writer
...."It has been a great run," Crumbine said. "(This) job could not be more varied. One day you are reading Dr. Seuss to third-graders, the next you are answering irate citizens about the location of a stop sign or about allowing nonresidents on the ferries. You get to know what is really going on at Town Hall and you get to know people -- lots of them.".....
....In August 2001, Crumbine, in his capacity as acting first selectman for the absent Prince, declared a "Powerball emergency" and got permission from state officials to suspend sales of the lottery tickets in town when fortune-seekers overwhelmed the area as the jackpot swelled to $280 million......
....Although he is calling it quits at the end of the year, Crumbine said he plans to remain visible at Town Hall and aid in the nominations process for municipal boards and commissions.
"Finally, to paraphrase Gen. Douglas MacArthur, old selectmen never die or even fade away. They just hang around," Crumbine said.
PLEASE SEE RELATED ARTICLE:
QUOTE: "We have a serious, serious revenue problem," says Michael Mason, The Board Of Estimate and Taxation's Budget Committee Chairman
BET panel OKs budget plan -Greenwich Time
Proposal includes 3.55 percent property tax boost
By Neil Vigdor
Staff Writer

Four hours into its second day of deliberations, the Board of Estimate and Taxation's Budget Committee closed an estimated $8.4 million fiscal gap Wednesday, the final step toward recommending a $341.6 million town spending plan for 2009-10.
The panel's four members unanimously recommended the budget proposal to the full BET, which will hold a public hearing on the plan on March 17 before its own deliberations on March 19.
A last-minute giveback of $1 million from the Board of Education .....
....Budget officials also earmarked $1 million for drainage and stormwater management projects, as well as $1.7 million for the ongoing construction of a new downtown public safety facility.
Notable omissions from the proposed budget include a $750,000 roof replacement project at the Greenwich Civic Center in Old Greenwich and $175,000 to design a new King Street fire station.....
....The town took an initial step toward closing the budget gap earlier this month when it laid off 20 full-time and 19 part-time employees from its 1,020-person non-school work force.....
================================================================
Please send your comments to GreenwichRoundup@gmail.com or click on the comments link at the end of this post.
Posted by Greenwich Roundup at 2/26/2009 08:52:00 AM No comments:

Please send your comments to GreenwichRoundup@gmail.com or click on the comments link at the end of this post.
Posted by Greenwich Roundup at 2/26/2009 06:05:00 AM No comments:

02/25/09 Who Said Leona Was All Bad. Expired Greenwich Residents Money Will Go To Help Dogs And Others 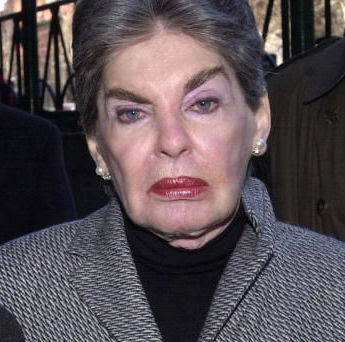 Leona Helmsley died at age 87 of heart failure on August 20, 2007 at her home in Greenwich, Connecticut.

NY Court: Helmsley Fortune Goes to More Than Dogs
NEW YORK (AP)
Real estate baroness Leona Helmsley's multibillion-dollar fortune can go to more than just the dogs.
In a ruling announced Wednesday, a Manhattan judge said trustees managing Helmsley's estate can distribute her funds to a broad range of charities.
Helmlsey died in August 2007 [WCBS 880].
She left instructions in one of the documents relating to her charitable trust that money be donated to help care for dogs, as well as other charities.
Manhattan Surrogate Court Judge Troy Webber ruled that trustees of the Leona M. and Harry B. Helmsley Charitable Trust have sole discretion for which charities should get the Helmsley fortune.
Trust spokesman Howard Rubenstein says the trustees will announce the first grants from the foundation next month.
===============================================================
Please send your comments to GreenwichRoundup@gmail.com or click on the comments link at the end of this post
Posted by Greenwich Roundup at 2/26/2009 12:40:00 AM No comments: