Greenwich Roundup just went online at got Mr. Gasparino's phone number and address online by searching for his wife's name at WhitePages.com

Charlie Gasparino Celebrity Has Made His Wife A Public Figure.

Blood on the street: the sensational inside story of how Wall ... - Google Books Result
Charles Gasparino - 2005 - Business & Economics - 355 pages Acknowledgments I could never have written this book without the support of some key people, first and foremost, my wife Virginia Juliano, who was there ...

Amazon.com: Profile For Virginia Juliano: Reviews
.....Although I may be a bit biased (since I am married to the author), I know first-hand just how much time, effort and intensive research went into this very ambitious book.

These are just 3 of the 5,650 Google results for Virginia Juliano Gasparino.

Greenwich Roundup called the number and asked Mr. Gasparino about his involvement in getting Greenwich Time reporter Teri Buhl fired.

It looks like Greenwich Roundup might have to get out his video camera and go to Norwalk and catch Mr. Gasparino in a Fox News type of ambush interview to ask him about his calling up Hearst Newspaper president Steven Swartz about Ms. Bulh.

Here Is The Public Property Record For The Gasparino's 4 Bedroom 1 1/2 Bathroom Home At 6 Vanderbilt Avenue In Norwalk. It Even Has A Google Satellite Map

This Sattlite Maps Is Definately A Great Tool For Helping Greenwich Roundup Select Which Tree He Will Hide Behind Before He Sneaks Up On Charlie "The Gas Bag" Gasporino With A Hand Held Video Camera.

Please send your comments, news reports and press releases to GreenwichRoundup@gmail.com
Posted by Greenwich Roundup at 3/21/2010 04:27:00 PM No comments: 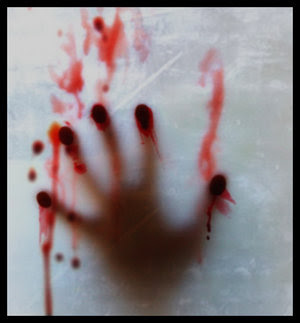 Hearst Newspaper Vice President Lincoln Millstein, asked Greenwich Time investigative reporter Teri Buhl, "What did you do to Gasparino? After Charlie Gasparino called Hearst Newspaper President Steven Swartz.
Millstien warned Buhl not to write negative reports about Gasparino before she was fired and her blog archive was taken down from the Greenwich Time website.
It is clear that the secretive Hearst corporation is afraid of Charlie Gasparino.
Right now brave young men and women, who have sworn to defend the constitution, are shedding their blood in two overseas wars, while cowards like Lincoln Millstein and Charlie Gasparino say forget about freedom of the press.
It is disgusting that Lincoln Millstien doesn't have the journalist balls to put Teri Buhl's blog archive back up.
Lincoln Millstien looks like the village idiot of Greenwich Connecticut as he pulls down whole sections of his website, because he is afraid of one asshole.
Everyone is laughing at the paper tiger known as Lincoln Millstien who is kowtowing to a dirt bag like Charlie Gasparino.
Lincoln Millstein has lost what little creditability he had in Greenwich as the local rags readers give the Hearst Vice President two thumbs down.
Lincoln Millstein has given the Hearst Corporation another black eye.
It’s well known that Charlie Gasparino likes getting into mini-feuds with reporters who write about him, it just a shame that Lincoln Millstein was too stupid to know what was really going on.
Greenwich is a global business center and the Hearst corporation had one hard nosed reporter willing to write critically about its funds, brokers and businesses, the cowardly Licoln Millstien screwed everything up.
Nothing Has Changed At The Greenwich Time
Decades Of Media Compliant Operations In Greenwich
Everyone remembers how former Greenwich Time Editor Joe Pisani commissioned an investigative report on who killed Martha Moxley and then refused to publish it for ten years, because members of the powerful Kennedy clan threatened the local rag.
That's why local blogger Bill Clark calls so-called news paper the "Yellowich Time"
Personally, I like to call it the Green Kitty Litter Liner.
PLEASE SEE:
03/22/10 Hearst Newspaper Cover Up: The town's rich and powerful gets Greenwich Time Investigative Reporter Teri Buhl fired?

CNBC's Dylan Ratigan and Charlie Gasparino have a bizarre exchange on Closing ...

Charlie Gasparino is known for being combative on-air, was reported in the Washington Post as saying that "[his] job was to rip the lungs out of the competition for Fox Business Network."

Please send your comments, news tips and press releases to GreenwichRoundup@gmail.com
Posted by Greenwich Roundup at 3/21/2010 11:46:00 AM No comments: 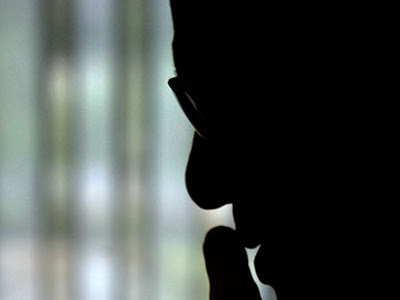 Teri Buhl, hasn't just been fired from her job at Greenwich Time, a Hearst newspaper in Connecticut; her entire archive of blog entries there has disappeared, leaving only a message saying "This blog has been archived or suspended". It's as though Hearst wanted not only to fire her, but to make it seem as though they'd never hired her — although there is still an archive of stories she wrote for the newspaper itself.

What caused this vindictive and aggressive behavior towards a reporter who is, after all, now going to be looking for freelance work based on the quality of her clips? To erase all of those clips is harsh punishment indeed, which would only be conceivably justifiable if there were very serious questions indeed over the accuracy of lots of her work.

But in fact, according to Buhl, when she was fired on Thursday by David McCumber, the editor in chief, the reasons he gave for firing her were mainly about the rough quality of her writing, and the fact that it needed a lot of editing.

But the truth is that Hearst Newspaper Editor David McCumber praised Buhl's reporting on at a Greenwich Retired Men's Association meeting that was recorded for the local cable TV channel.

Hearst Newspaper Editor needs to tell Greenwich Time readers what's going to happen to Bulh's blog archive, and further explain why it was taken down.

Here is the truth that Hearst Newspaper Editor David McCumber is hiding from the Greenwich Time readers....

Buhl wrote about Charlie Gasparino a couple of times on the blog she was hired to write at the beginning of this year — the blog entries are now down, of course, but for the time being the Google cache can be seen here and here.

Ms. Buhl correctly called him "Gas-bag", a common nickname which he doesn't like.

Angered, Gasparino called up the recently recently demoted and Ex-Greenwich Time Editor Jim Zebora, who is Ms. Bul's supervisor, and accused her of "stalking" him.

Charlie then called Zebora's boss, Greenwich Time Editor McCumber, and made the same complaint. Once again, he didn't get very far. And then Charlie went further still, calling Steven Swartz, the president of Hearst newspapers, again with the same complaint.

Meanwhile, another media bigwig was getting annoyed by Buhl. Buhl had written a story about Randall Lane for Dealbreaker in July 2009, saying that he would find it difficult to sell the assets of his bankrupt company,

Doubledown Media, and that he'd given his cousin access to Doubledown's subscriber list after promising his subscribers that he would never do such a thing.

Teri wrote about Lane on her Greenwich Time blog in February (Google cache here), and immediately Lane, too, started calling her superiors, complaining that she was "stalking" him.

Meanwhile You Can Read The Safe Type Of Reporting That

THE DISH: Springer spotted in Greenwich

Television tabloid host Jerry Springer was seen in a late morning last week at Starbucks on Greenwich Avenue.
MORE ABOUT CHARLIE "THE GAS BAG" GASPARINO
Charlie Gasparino: A Glass-Jaw Reporter Who Won't Take A Real Swing At Wall Street
The Business Insider
Janet Tavakoli's next target is Charlie Gasparino, who she just slugged at the Huffington Post with the article below. We look forward to Charlie's response ...

Gasparino Vs. CNBC: "It Is My Job To Turn This Into A Barroom Brawl"
Mediaite.com - Steve Krakauer

Charlie Gasparino made his official debut on FBN yesterday, appearing on several programs as well as Fox ...

Twilight of the Fuld: Those Who Told You So
Barron's (blog) - Tiernan Ray
Barry Ritholtz writes on The Big Picture today that Fox Business's Charlie Gasparino, at the time with CNBC, owes Ritholtz an apology for defending Fuld ...
UPDATE:
Greenwich Blogger Chris Fountain Starts To Cover
How Cowardly Hearst Newspaper Editor David McCumber
Fired Greenwich Time Investigative Reporter Teri Buhl
While I was out
Greenwich Time fired Teri Buhl.
Every time I hear some paean to the main stream media about the importance of maintaining its independent voice, its courage in speaking truth to power and all that rot, I snicker. My own experience and now Teri’s shows that so long as newspapers are dependent on advertisers, they will deep six anyone who offends. A newspaper without advertising is hardly a commercially viable model, of course, but so what? These folks are well past their expiration date – it passed the very first time they caved to an angry, powerful person and they can never get it back.
Buhl was hired to report on Greenwich’s financial industry – makes, sense, doesn’t it? First innovative idea the morons (formerly) on Elm Street have had in years. So that lasted three months and the editors are back to the pabulum they’ve been spooning out for decades now as they dragged their paper into irrelevancy. What are they trying to charge for today? Suzie’s Dish, of course – Jerry Springer seen in Greenwich!! That’s worth the buck-fifty they ask right there, but as a bonus, there’s an article warning those suffering from food allergies to be careful in restaurants – hard hitting reporting, no holds barred. These are words that must be said! What a crock.
Dead, defunct, obsolete and cowardly. Yet they continue to pat each other on the back and pass around prizes as though they are doing something worthwhile. They aren’t.
Here Are Some Of The Comments About
Ms. Buhl And The Greenwich Time:
Hu Nhu? says....
That is a real shame. David McCumber sounds like a gutless scum bag. Shame on him.
Christopher Fountain says .....
They are indeed gutless scum, which would be fine, if they admitted it, but it’s pathetic to see them trying to pass themselves off as journalists and crusading, brave editors in the model of some frontiersman of one hundred fifty years ago. They cling to the romantic image but sold out long ago.
Bill Clark says .....
Amen to you, Chris, and to your commenters.
AJ says ....
Too bad. I gave up reading that rag a few years ago. Wasn’t worth the recycling effort every few weeks.
Stump says ....
I hope this speeds the GT’s inevitable demise.
Cos Cobber says ....
....Just when I thought maybe Hearst was starting to “get it” it turns out they got nothing. The future of journalism is in the independent blogger. The local print rags will devolve into penny savers, only useful for the community calendar and as a wall space for those who rant via snail mail and the ‘letter to the editor.’
==================================
Please send your comments, news tips and press releases to GreenwichRoundup@gmail.com
Posted by Greenwich Roundup at 3/21/2010 08:03:00 AM 4 comments:

Please send your comments, news tips and press releases to GreenwichRoundup@gmail.com
Posted by Greenwich Roundup at 3/21/2010 06:17:00 AM No comments:

The latest News Reports About Greenwich

Please send your comments, news tips and press releases to GreenwichRoundup@gmail.com
Posted by Greenwich Roundup at 3/21/2010 12:35:00 AM No comments: