Please send your comments, news tips and press releases to GreenwichRoundup@gmail.com
Posted by Greenwich Roundup at 6/30/2010 11:40:00 PM No comments:

Please send your comments, news tips and press releases to GreenwichRoundup@gmail.com
Posted by Greenwich Roundup at 6/30/2010 09:32:00 PM No comments:

Please send your comments, news tips and press releases to GreenwichRoundup@gmail.com
Posted by Greenwich Roundup at 6/30/2010 09:21:00 PM No comments:

Please send your comments, news tips and press releases to GreenwichRoundup@gmail.com
Posted by Greenwich Roundup at 6/30/2010 08:12:00 PM No comments: 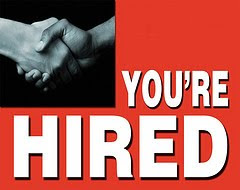 The following is a statement from Dan Malloy, the Democratic Party's endorsed candidate for Governor:

"So why is Ned Lamont attacking my record on jobs? Because he doesn't want to talk about his own. In his time as CEO Ned laid off most of his workforce, while paying himself hundreds of thousands of dollars. Those are the facts. We'd have more facts if Ned would release his business and personal tax returns for the last 10 years. I'm happy to do the same. For a guy who claims to have 'hired hundreds of people' I would think he would want to release these records.

"My life and record are open books. Ned's should be too."

"We've answered the question. Our ad stays up because my record is clear: under my leadership Stamford added nearly 5,000 new jobs. In fact, the number is probably higher than that. For a more balanced view of my record than the article the Lamont campaign is pointing to, look at the following:

"The questions still outstanding for Ned are as follows: Will you release your personal and business tax returns for each of the last 10 years? Will you tell the people of Connecticut exactly how many jobs you created, and when? Will you tell them how many people you laid off, and how much you paid yourself in the process?"

The families and victims of the September 11, 2001 terror attacks and other violent crimes committed by illegal aliens

9/11 Families for a Secure America endorses Rick Torres for the Republican nomination for Congress from 's 4th District.

9/11 FSA is a membership organization consisting entirely of victims of violent crimes committed by by illegal aliens or 'legal' aliens allowed to enter the as a result of official negligence. All our members have either lost a loved one in a murder or are the survivors of such victims. Many of our families lost loved ones on 9/11. Others lost family members in street crimes committed by foreign citizens who, like the 9/11 terrorists, were only able to enter our country because of the federal government's refusal to enforce our laws governing immigration and issuance of visitor visas.

We understand the true human cost of the refusal of Congress to demand enforcement of our immigration laws. Yet our members, many of whom are legal immigrants themselves or the children or grandchildren of immigrants, strongly support properly administered legal immigration.

Rick Torres, himself the son of refugees from the Castro tyranny, is fully committed to the principles our members support. In particular, Rick Torres has confronted the Hamas front group known as the Council on American Islamic Relations (CAIR). He has shown the courage to state the true nature of this front group for Islamic terrorism and has become a target for these un-American infiltrators into our country.

The many members of 9/11 Families for a Secure America who saw their loved ones die on September 11, 2001 know too well that the Islamic terrorist threat is only increased by members of Congress such as Jim Himes, who encourage an enemy which hides behind our tolerant and politically correct society while they plotting to destroy us.

With Rick Torres in Congress the families of the murdered victims of September 11th and of the many who have been killed in street crimes committed by aliens will know that at least one person on Capitol Hill understands the threat we face and that he will do all he can to protect future American lives.

President, 9/11 Families for a Secure

Please send us your comments, news tips and press releases