Brita Daryani, center, with Meteorologist Bill Evans, left, and Florist Jim McArdle, right, at a recent fund-raiser.
Buy a plant and help the autistic next week

Friends of Autistic People (FAP), and McArdle’s Florist and Garden Center, 48 Arch St., will hold three-day shopping event to raise money for the purchase of property for an organic farm for grown children with autism near Newtown.

Governors call for for economic aid

Governor M. Jodi Rell, along with Governor David Paterson of New York and Governor John Corzine of New Jersey today urged U.S. Labor Secretary Elaine Chao to approve a $48.2 million tri-state National Emergency Grant to address the needs of thousands of workers who are losing their jobs due to the financial crisis on Wall Street.

Metro-North will be operating on a special schedule along the New Haven Line around the Thanksgiving holiday next week. And the railroad is offering more seats on weekend trains through the holidays.

As the aging population continues to grow — the United States Census Bureau projects more than 88 million people age 65 and older in the country by 2050 — memory loss and dementia in seniors are posing a major public health burden. It’s often difficult for relatives to monitor that aging family members are getting the level of stimulation and socialization they want and need. But there’s hope: According to a recent study by the Harvard School of Public Health, researchers have found evidence that seniors in the United States with active social lives may have slower rates of memory decline and lower mortality rates. 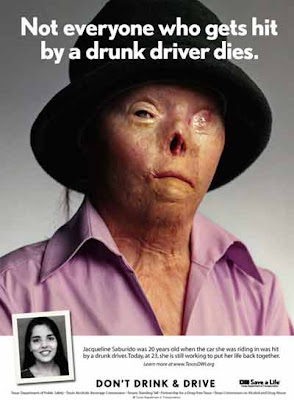 After reading a few of your recent headlines, I'm shocked at the blatent lack of professional behavior by certain Greenwich employees.

First, I don't believe the driver who killed Joey submitted to a field sobriety test. The law has loopholes. A driver doesn't have to take one, nor does he/she have to blow into a breathalyzer.
It was the responsibility of the Greenwich Police to videotape this man at the scene and send him to the hospital to be screened. Otherwise, he can only be found guilty of "driing while impaired".

Unfortunately "impaired" includes not wearing eyeglasses, DRIVING HAMMERED while mowing down innocent victims, and common fatigue. It doesn't seem fair, but that's the way the law is written.

I'm not a big fan of defense lawyers but our laws require guilt be proven and we SHOULD expect our police to do their share in protecting the public.

If this killer gets off, it is because Greenwich Police failed to do a thorough investigation.

My condolences to the family of Joey.

My thanks for bringing this story into the public eye.


Please send your comments to GreenwichRoundup@gmail.com
Posted by Greenwich Roundup at 11/19/2008 07:27:00 AM No comments: Links to this post 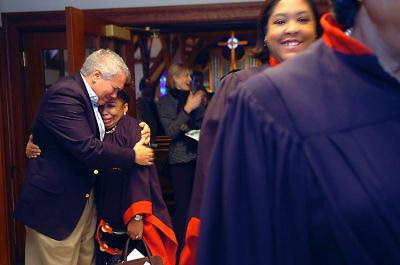 Churches trade traditions to raise money
First Baptist Church and the First Presbyterian Church are discovering the many common threads that bind them despite differences in size, tradition and culture.
Full Story

Osprey platform flap divides boaters
To some, the osprey that have flourished in Greenwich Cove over the last several years symbolize the renewed health of Long Island Sound and have the same right to be there as anything - and anyone - else.
Full Story

Judge denies YMCA injunction
A state Superior Court judge Tuesday denied a request for an injunction to force the Greenwich Family Y to immediately build a temporary ramp to provide wheelchair access to the building, but scheduled a December hearing to hear arguments in the case.

The suit filed by Gonzalez-Bunster's attorney Frank Peluso also sought an injunction to order the town to immediately issue a permit to install the ramp or, if not, to revoke the Y's temporary certificate of occupancy.

Adams decided that this too could wait and that more evidence needed to be presented on whether the YMCA is in violation of the American with Disabilities Act, he said.....

.....The new facility is part of a $40 million renovation and construction project which is to be completely accessible when the project is finished in June 2009. The Y has said it cannot provide handicapped access until them. The suit, filed Tuesday by Peluso, states that denying access to individuals with disabilities is discriminatory and in violation of town and state building codes, as well as the Americans with Disabilities Act, which was passed in 1990.......

......Peluso said the town is held responsible for issuing a certificate to a facility that is in violation of the ADA codes

"They should never have given the certificate until the facility was wheelchair accessible," he said, "We will go as far as we have to prove a point."

The attorneys for the Y were pleased with the court's decision, Wells said following the case.

Peluso said he is looking forward to the next court date and is pleased that the case was considered so quickly.

"They are denying access to an individual on the basis of disability and that's not right," he said .....

Full Story
COMMENT:
Let's See How Pleased Greenwich Attorney Dougless Wells Is With State Superior Court Judge Taggart Adams Finial Ruling.
Score One Point For The YMCA Lawyers Who Want To Keep The Crippled, Infirm And Seniors Of Greenwich. Out Of The New 40 Million Dollar Swimming Pool Project. Let's See What State Superior Court Judge Taggart Adams At The Next Scheduled Hearing In 18 Days.
The Crippled, Infirm And Seniors Of Greenwich Have Had To Be On The Outside Looking In At The New 40 Million Dollar Pool Project For Little Over A Year Now. We Guess They Can Suffer Another 18 Days Of Watching Others Access The New Pool, In Order To Receive Justice And Have Their Rights Protected.
YMCA Lawyers Are Getting Rich Off Of Donated Funds.
What Is Wrong With The YMCA's Board Of Directors?
Instead Of Paying $18,000 For A temporary Ramp. They Will Pay Two To Three Times As Much On A Stable Of High Priced Lawyers To Argue Against The Ramp.
They Even Had Peter Tesei Arguing Against This $18,000 Ramp At A Planning And Zoning Hearing, And His Legal Services Don't Come Cheap.
The YMCA Board Should Full Disclose To The Public And It's Donors How Much Money It Is Wasting Fighting Against A Ramp They Are Legally Required To Build Anyway.
It Was Cruel And Insensitive Of The YMCA Board Not To Have Constructed This Ramp In Phase One Of The 40 million Dollar Project.
The YMCA Boards Stubborn And Bone Headed Actions Will Cost It Much More Than $18,000 In Future Donations
How Can Any Impaired Person In Good Conscious Donate Or Support An Organization Like The Greenwich YMCA, Which Excludes Them?
Town
Hard-pressed to find ways to close a projected $10.5 million budget gap, town leaders want to put the kibosh on town employees traveling to out-of-state conferences on the taxpayers' dime. Full Story

Museum funds represent poor spending policy
To the editor:
As part of a state bond issue, the Bruce Museum has been given $750,000. That means all state taxpayers, Greenwich residents included, and we pay the most, will chip in to give the Bruce $750,000 plus pay interest to "help expand its artistic, cultural and historical programs.
These kinds of expenditures are why our taxes are out of whack. It is because our state legislators are more anxious to spend our money than conserve it. Organizations like the Bruce have shown they can raise sufficient funds on their own without taxpayer money to maintain and expand, and the Bruce museum is not a core function of government.
If Greenwich felt the Bruce's need was so impor-tant, it should fund the $750,000 with our taxes. Fortunately our Board of Estimate and Taxation is not willing to add another three quarters of a million to the Bruce's budget, and if it did, I am sure the Representative Town Meeting would not approve.
This is the worst kind of earmark. In a time of budget constraints for core functions like schools, police, etc., we are borrowing and taxing ourselves $750,000 plus interest to "help the Bruce."
What kind of fiscally conservative representatives do we have? Gibbons, Nickerson, Powers and Floren made this expenditure happen. That is not what I expect from self-proclaimed fiscal conservatives who are supposed to be watching out for our taxes. And yes, I know the other towns do it, but the "you vote for mine and I'll vote for yours" needs to end. The faucet needs to be turned off.
Greenwich should set the example. Before we are taxed, legislators should answer two questions: Is the project a core function of government? And is it needed? If it is a "wouldn't it be nice to have" project, it should not qualify.
Sen. John McCain is right about this issue.
Donald Landsman
Greenwich
================================================================
Please send your comments to GreenwichRoundup@gmail.com
Full Story
================================================================
Please send your comments to GreenwichRoundup@gmail.com
Posted by Greenwich Roundup at 11/19/2008 04:54:00 AM No comments: Links to this post