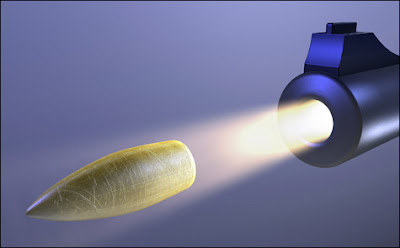 
Police responding to calls of shots fired found a man shot in the leg outside of Brien McMahon High School, 300 Highland Ave., Monday at around 8:30 p.m. The victim was taken to Norwalk Hospital for treatment of non-life threatening injuries, according to Sgt. Bruce Hume.


Hume said the victim was still walking when officers responded, and no description of the suspect or suspects had been provided as of 9 p.m.


Police cruisers lined the front of the school as students and gamegoers left the gymnasium after the conclusion of a basketball game against Greenwich High School. Police cordoned off the south exit of the front side of the building.


The father of a Brien McMahon student said he was in the hallway near the exit when he heard a single gunshot but that he did not see any suspects. He also said the victim was in his early 20s and may have been related to a coach at the high school.

NORWALK-- A young man was shot Monday evening outside the entrance to Brien McMahon High School's gymnasium, just after the school's boy's basketball team lost 62-39 to Greenwich High School.
Norwalk Police Sgt. Bruce Hume said the unidentified victim was shot once in the left leg by a small-caliber automatic weapon. He was taken to Norwalk Hospital with non-life-threatening injuries.
"I don't know if he was here for the game or it was related to the game, " Hume said, referring to the shooting, which occurred just before 8:30 p.m.
Police recovered a shell casing at the scene.

NORWALK, Conn. - Norwalk police are investigating a shooting that took place outside Brien McMahon High School after a basketball game.

Police say a boy was wounded outside the school Monday night following a boy's basketball game against Greenwich........

.....Police say an automatic weapon was involved and the boy was shot in the leg, but the injury is not life-threatening..... ...

GREENWICH, Conn. -- A man was shot following a basketball game at Brien McMahon High School in Norwalk.
Norwalk police said the shooting took place at the Highland Avenue school at about 9 p.m. Monday.
Gunfire broke out after basketball game between the Brien McMahon Senators and Greenwich High School, police said. The Senators lost the game.
The Norwalk Hour reported that the father of a Brien McMahon student was in the hallway near the exit when he heard a single gunshot. That parent told The Hour that the male victim was in his early 20s and may have been related to the coach.

The victim was transported to an area hospital with a gunshot wound to the leg. He is expected to survive.
No arrests had been made in the case on Tuesday morning.
The Senators are scheduled to play again at Staples High School in Westport on Wednesday. The school has not said whether that game will be canceled. 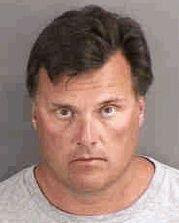 William Paul Lindemann was indicted on fraud charges in 1997 after a federal investigation in Brooklyn, N.Y., linked him to an insurance scheme involving organized crime 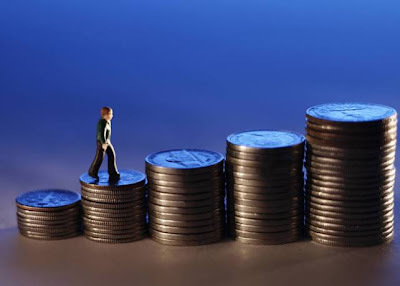 GREENWICH, CT -- The Wealth Forum 2009 (www.WealthForum2009.com) is a one day conference to help high net worth investors and their financial and estate advisors to adjust to the new financial and tax realities in order to preserve their wealth and estates, in light of current investment risks and evolving estate and inheritance taxes. The event will be held April 1, 2009 at the Yale Club in NY.

According to conference co-chairman Wayne Cooper "Like many of you, I have learned the hard way that having money creates its own set of problems. With the severe recession, a new administration in Washington, and many other changes taking place, many of us need to revisit key decisions we have made, such as how we protect, invest and even give away our money. The context today is very different from when we originally made many of these decisions. There are plenty of advisors out there more than willing to help us, but which ones can we trust? While some advisors have real expertise and uphold the highest ethical standards, others do not."

Get the answers you need to successfully navigate in these dangerous times when you register to attend Wealth Forum 2009. It's one of the smartest and safest investments you can make right now.

At this one-day event you will:

• Profit from predictions by top experts on what they think will happen in the financial markets—including stocks, bonds, hedge funds, real estate, private equity and alternative investments—and how you may want to adapt your investment strategies as a result.

• Protect your estate by learning what other savvy investors are doing about advisor reviews and oversight, diversification and re-allocation decisions, and risk management strategies.

• Preserve more of your estate from income and estate taxes when you learn about impending tax law changes and some smart tax saving moves you should implement before the laws take effect.

At Wealth Forum 2009, you'll also have time to network with your peers—other like-minded investors who are struggling with similar issues and who, like you, have questions and concerns about the best way to protect their investments. Exchange ideas about what's working—and what's not—and share best practices that could help you better manage your portfolio and your estate.

You'd pay thousands in fees for a consultation with just one of these speakers. But at Wealth Forum 2009, you'll get advice from these and 12 other experts, all for one low registration fee of only $795. And your satisfaction is guaranteed.

The event is produced by Wealth Management Exchange (http://www.wealthmanagementexchange.com/ ) and Wealth Manager and Investment Advisor Magazines, and is sponsored by Barron's Magazine, Trusts & Estates Magazine and The NY Society of Securities Analysts.

Because of the exclusive nature of this event, seating is limited, so don't delay. Register today to make sure you don't miss this important event..

VIDEO:
Attitude of Abundance and Wealth
Affirmations for Abundance, Success and Wealth
"I choose to be a multi-billionaire"

Please send your Comments and press releases to GreenwichRoundup@gmail.com


Please send your comments and news tips to GreenwichRoundup@gmail.com or click on the comments link at the end of this post.

Please send you comments, news tips, press releases, pictures and videos to GreenwichRoundup@gmail.com or click on the comments link at the end of this post
Posted by Greenwich Roundup at 2/23/2009 05:56:00 AM No comments: Links to this post