Please send your comments, news tips and press releases to GreenwichRoundup@gmail.com
Posted by Greenwich Roundup at 5/27/2009 10:05:00 PM No comments: Links to this post 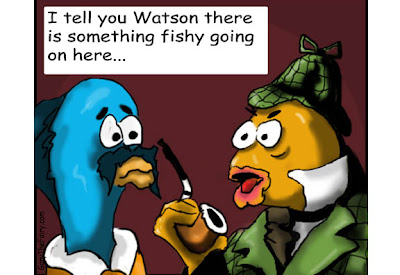 There Is Something Fishy Going On With Web Editor Jonathan Lucas At The Greenwich Time......

Lucas Is Missing Time At The Greenwich Time

A Greenwich Roundup Reader points out that there appears to be some discrepancies with the posting times at the Greenwich Time, Stamford Advocate and Connecticut Post.

The reader points out that the exact same story appears at the Stamford Advocate and the Connecticut Post.

All three articles are written by Debra Friedman but the Stamford Advocate and Connecticut Post articles indicate that they were updated while the Greenwich Time is once again having trouble keeping time.

The update for the Greenwich Time has been removed or was never ever posted as it should have been. This is clearly a violation of Hearst Newspaper and basic journalistic standards.

The duo is accused of extorting Dent by threatening to expose his online trysts with various women he met through a dating site catering exclusively to wealth men and women......

Here is the Stamford Advocate article:

The duo is accused of extorting Dent by threatening to expose his online trysts with various women he met through a dating site catering exclusively to wealth men and women.....

But the Greenwich Time article fails to show any update at all:

The duo is accused of extorting Dent by threatening to expose his online trysts with various women he met through a dating site catering exclusively to wealth men and women.....

This as-it-happens Google Alert is brought to you by Google.
Please Take Note:
Click On The See all stories on this topic link above and you will see that Google Found the Greenwich Post article over eight hours ago, but just found the Jonathan's manipulated Greenwich Time article.
Posted by Greenwich Roundup at 5/27/2009 09:58:00 PM No comments: Links to this post

I read this link before noon.

Greenwich Time put this up with a picture.

Thank you hnj1789@hushmail.com for your report.

This just in..... Frank Trotta once again scoops the Hearst Newspapers:

Please send your comments, news tips and press releases to GreenwichRoundup@gmail.com
Posted by Greenwich Roundup at 5/27/2009 04:10:00 PM No comments: Links to this post

You will see that the only article mentioning "Stephen Dent" was ....

Accused Greenwich 'sugar daddy' blackmailers due back in court
Greenwich Time - ‎May 26, 2009‎
The Jessops were arrested when they came to Greenwich attempting to extract more money from Stephen Dent, a wealthy Riverside investor and DuPont heir who ...

Greenwich 'sugar daddy' extorted in Web of romance
Greenwich Time - ‎May 11, 2009‎
By Debra Friedman But the women Greenwich financial titan Stephen Dent met online clearly were the ones with the power. They used that power to extract more ...

For the record here is the article that Jonathan Lucas reports was filed a full 90 minutes before the Greenwich Post Article.

This would make the Greenwich Time article the first article filed about Stephen Dent and his sex slave blackmailers.

The duo is accused of extorting Dent by threatening to expose his online trysts with various women he met through a dating site catering exclusively to wealth men and women....... 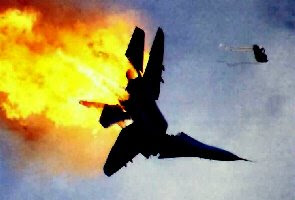 Inaccurate Greenwich Time Article Gets
Shot Down By The Board Of Education
FYI all - hopefully you are not reporting based on the Greenwich Time
article this morning, please note that:

As we reported to you in the update posted to the web site last night (5/26/09), to date - there have been NO additional confirmed cases of the H1N1 flu virus in the Greenwich Public Schools.

The Greenwich Time newspaper INCORRECTLY reported these numbers in the
headline article of the Wednesday, May 27, 2009 edition of the paper.

Please continue to check the Greenwich Public Schools web site for the
most up-to-date and accurate information.
http://www.greenwichschools.org/page.cfm?p=6651

If you look at our Web site, which I know you’re obsessed with, you would see that we have a correction — it’s in big, bold, red letters and really hard to miss. Unlike you, we’re honest with our readers and when we make a mistake we own up to it and are completely transparent about it. You could learn from our example.

Let's publicly compare server logs and then we will see who is obsessed with whom.

Hearst newspaper servers in general and the Greenwich Time server in particular is all over Greenwich Roundup multiple times a day.

I am sure you remember that thin skinned Greenwich Time managing editor Bruce "Thin Skin" Hunter was the one who tried to intimidate us with Hearst Corporate lawyers when we criticized his poor performance at the Greenwich Time.

The Greenwich Time loves to sit in the seat of judgement from everyone from the Presidents on down to regular town folk.

But if someone points out a Greenwich Time error

then they go crazy with anger.

"How dare anyone criticize the Greenwich Time"

Second of I did not write the public criticism about the Greenwich Time's screw up.

This is a Greenwich Public School's Press Release that is officially written on behalf of The Greenwich Board Of Education.

Greenwich Roundup only wrote a headline that said....

As for your silly little statement

"Unlike you, we’re honest with our readers and when we make a mistake we own up to it and are completely transparent about it. You could learn from our example."

First of all there has never been an error at Greenwich Roundup that has been brought to our attention that has not been responded to and corrected.

Second of all in the past Greenwich Roundup brought some Greenwich Time reporting errors to the attention of Greenwich Time editors who refused to acknowledge the dispute or correct the errors.

The Greenwich Time's response was for Greenwich Roundup to send in a letter to the editor that was to be published.

The letter was sent in by Greenwich Roundup and never published by the Greenwich Time.

Maybe we should have a public debate if the Greenwich Time is honest with their readers.

You can bring Joe Pisani, Jim Zebora and Bruce Hunter.

Maybe we could get Paul Curtis to put the

CORRECTION: An earlier version of this story reported that 16 new cases of swine flu had been reported in Greenwich. There have been a total of 16 cases of the virus in town with 11 of those being

The state Department of Public Health confirmed a total of 16 cases of the H1N1 flu strain have been reported in Greenwich as of Tuesday afternoon. Eleven of the cases are students in the public school system, according to the state health department.

Schools Superintendent Betty Sternberg did not return several messages left on her cell phone seeking comment Tuesday. District spokeswoman Kim Eves said she would get back to Greenwich Time Tuesday afternoon with additional information but never did.......

Please send your comments, news tips and press releases to GreenwichRoundup@gmail.com
Posted by Greenwich Roundup at 5/27/2009 10:05:00 AM No comments: Links to this post

05/27/09 READER COMMENTS: School officials continue to release notices that are written in a deceptive manner and demean the intelligence of Greenwich 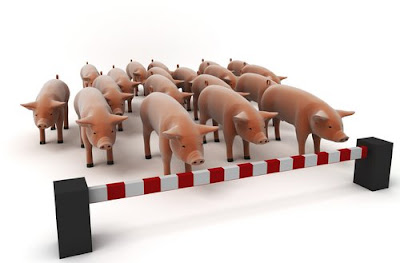 Interestingly, the CT Dept. of Public Health (http://www.ct.gov/dph/site/default.asp ) released a notice that there are 11 new cases of Swine Flu diagnosed in Greenwich bringing the total to 16 in Greenwich as of 4:36 PM, Tuesday May 26.

The reports do appear to be conflicting and they definitely lack sufficient details.

They appear to be repeating the information they get from the board of health?

As of last night, there were 16 confirmed cases of swine flu in greenwich. 11 of those are the public shoool children that Western Middle School parents knew about late last weekend.

Friday night Greenwich roundup heard that Western Middle School has one teacher positive and 14 students positive for flu and a probable diagnosis for swine flu.

At that time they were waiting for the state to confirm.

There was a meeting at 6 pm Friday at the school.

Greenwich Roundup has heard that there was at least one Hamilton Avenue School student with the flu, but he has not been able to confirm this.

All have been lethargic and suffering from high fever, chills, body aches, coughing etc.

On Saturday some parents in the know were talking about there being There are now 11 confirmed cases among the sixth grade and they wondered if if school would be cancelled.

This Old Greenwich mother felt that the Greenwich Board Of Education should shut down the schools for the duration of the virus's incubation period.

That way those who families who suffered from the flu would become aware of it and those families that did not suffer from the outbreak could go back to a safe and clean school environment.