01/09/08 - Governor M. Jodi Rell Fails To Investigate A Connecticut Inspector That Was The Cause Of Three 911 Calls Durring A 20 Minute Period 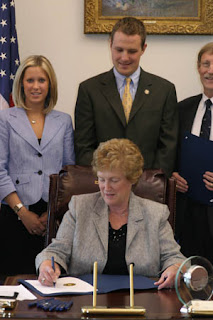 Mary Jodi Rell is a politician who has refused to start and investigation of one of a State of Connecticut Inspectors who caused three 911 calls to be made during a 20 minute period.

She had been the Lieutenant Governor of Connecticut until Governor John G. Rowland resigned during a corruption investigation. Rell has promised the citizens of Connecticut a transparent government that will tolerate no wrong doing by government employees.

One of Rell's inspectors came to a Greenwich Business and was told that a court order would be needed if he wanted to make the inspection with the Greenwich Police Department. I explianed to to the inspector all about the police misconduct and the first amendment rights violations.

Connecticut Inspector Bob Makano refused to accept this and illegally harassed and trespassed at the doorway of business.

There were threats of the illegal arrests to myself.

Three 911 calls had to be made to the Greenwich Police Department To Get Connecticut Inspector Bob Nakano to leave peaceably.

Why hasn't the complaint about the State Inspector been taken or the 911 and Police Radio Tapes, been requested from the Greenwich Police Department by Governor Rell or anyone else in Connecticut Government?

Governor Rell's office has been called about the inspector three times yet no one in the office is willing or able to take ownership of the investigation of the State Inspector.

Perhaps Republican Governor Rell does not want any investigations involving the very Republican Town Of Greenwich?

Why hasn't the 911 tapes involving this inspector been requested by Governor Rell's Office or by anyone else in State Government?

It is time for Governor Rell's Office To Get The 911 Tapes And Police Radio Recordings From The Greenwich Police Department And Take Action Against Connecticut Inspector Bob Nakano before he violates the rights of others.

Greenwich, Conn. School Bans Desserts
More and more children are now facing obesity and Type-2 diabetes, so how do we get our kids to eat healthy, especially when they're not at home? As CBS 2 HD recently found out, there's a school in Greenwich that's trying to change the ...

01:09/08 - Peter Tesei Lied On WGCH When He Said He Would Meet Anybody About Anything 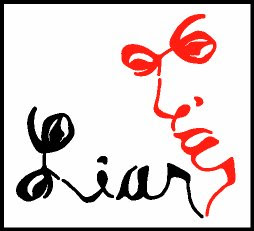 Two Weeks Ago First Selectman And Police Commissioner Peter Tesei went on his WGCH radio show and said he will meet with anyone about anything.

So I went to his office and left my name and said that I would like to meet with Mr.Tesei about Police Misconduct and the need for an independent civilian police complaint board.

Further, I wanted to meet with him about the poor police coverage in the Byram section of Town.

Mr. Tesei was going to get back to me. I got no call.

I went back to Mr.Tesei's office and Mr. Tesei's Secretary tells me the lost the note.

So again I ask for another appointment, and I am told that I Will be called.

So I go back to the office and I am told that Mr. Tesei will meet with me on anything except Police Misconduct and the need for an independent civilian police complaint board. Moreover, Mr. Tesei will not talk about poor police coverage in the Byram section of Town.

Well the media started asking Mr. Tesei why he would not meet with me about these issues and he started saying once again he would meet with me, but with a few conditions.

I bumped in to Mr. Tesei at Greenwich Town Hall ans in front of Joan Caldwell he said he would meet with me about Police Misconduct and the need for an independent civilian police complaint board. Moreover, Mr. Tesei will not talk about poor police coverage in the Byram section of Town.

Mr. Tesei responded that he would be calling me in a day or two, but still there is no call for a meeting. In fact it was 15 days ago.

Why is Peter Tesei avoiding a meeting me about the Greenwich Police Department?

The way that Mr. Tesei is avoiding me you would think that he thinks that I want to talk about that relative short marriage to Doctor Conboys daughter and how he later sued them for alimony.

Listen Peter I Don't Want To Talk To You About Gold Digger's and Six Week Old Marriages That End In Divorce.

I just want to talk to you about the Greenwich Police Department and Byram.

Please send your Greenwich Business News To GreenwichRoundup@gmail.com
Posted by Greenwich Roundup at 1/09/2008 03:39:00 PM No comments: Links to this post

Please send your comments to GreenwichRoundup@gmail.com
Posted by Greenwich Roundup at 1/09/2008 12:05:00 PM No comments: Links to this post

Adult day care moving out of 'dungeon'
Greenwich Time - Greenwich,CT,USA
Senior advocates say the expansion is important because greater numbers of Greenwich residents are expected to have Alzheimer's disease, as the population ...
See all stories on this topic

This story is also at Cos Cob Roundup .

Send your community events to GreenwichRoundup@gmail.com .
Posted by Greenwich Roundup at 1/09/2008 05:52:00 AM No comments: Links to this post 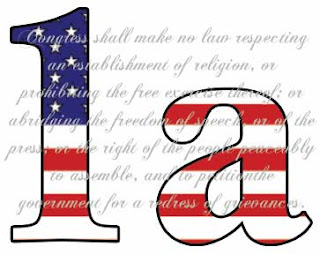 The 1st Amendment Will Once Again Be Put To The Test In Greenwich.

Will Peter Tesei His Police Department Try And Silence A Police Critic On Thursday?

Tomorrow the Sam Romeo will be hosting the Greenwich Matters Show on WGCH and I am going to try and once again to exercise my constitutionally protected right to free speech.

I am going to try and speak to Sam about the police coverage in Byram, as well as, need for an independent police complaint review board.

Then I am going to try and talk to Sam about the three Greenwich lawbreakers.

The inexperienced and untrustworthy Police Commissioner Peter Tesei, who is also know as, "Lash Light" or a softer and prettier version of Jim Lash.

The overpaid Greenwich Police Chief David "Get Me Mark Furman To Solve This Kissel Murder" Ridberg.

These three Greenwich Law Breakers now are going to appear before a FOI judge and are going to be fined for violating the law.

Yes, I am going to tell Sam about how these three police department mismanages broke Connecticut State Freedom Of Information Laws, by not responding to my request for copies of the 911 tapes when the police raided my store just before the last live Sam Romeo Show, which is called Greenwich Matters.

Now Sam might not be very receptive to my comments, because it seems that he demands accountability from every Greenwich Department except the Greenwich Police Department.

“It is a great honor, and the first national recognition for the work we are doing in town,” said Greenwich native and Artistic Director Ted Huffman. “We set out from the start to build something truly ground-breaking and dynamic. Too often in this country we operate under the assumption that leadership and innovation in the arts has to originate in urban centers like New York. Greenwich, with its combination of highly educated audiences, generous arts patrons, and excellent musical training in schools has proven an ideal place for our artists to live, share, and create.”

The award, sponsored jointly by Chamber Music America and The American Society of Composers, Authors, and Publishers, is determined each year by a jury of industry leaders. The Greenwich Music Festival was chosen as this year’s festival recipient along with the Music Series at Los Angeles County Museum of Art (LACMA). Representatives from both organizations spoke on a panel this weekend about innovative programming and the importance of new music.

“It was a wonderful feeling to know we had been chosen along with an organization (Los Angeles County Museum of Art) that has been in existence for decades and has a vastly larger budget,” said Huffman. “We’re also proud of the humble way we began and the rate at which we have grown. The first festival—held just four years ago in 2004--was produced with funds from the artists themselves. There were no salaries. We all wanted to be here. We all wanted to create this.”

Further proof that the GMF is already gaining an impressive national and international reputation is that on February 8th the Ravinia Festival, home to the Chicago Symphony Orchestra, will present Mason Bates’ Red River, a work commissioned, developed, and premiered by GMF in the 2007 festival.

“We especially want to thank Charles and Deborah Royce,” said Huffman, “who underwrote the commission of Red River. Without their vision and generosity, we wouldn’t have had the means to produce this first commission, which was a very large and important step for our company.”

“Our goal now is to raise local awareness of our company. We realize that many music lovers in Greenwich and the surrounding communities have never heard of us, which I suppose is the challenge of every new company. We hope that in continuing to produce good work and attract new audiences we can change the perception that for the finest quality classical music you have to travel to New York.”

The festival invites a group of artists—musical, dramatic, and visual—to live, collaborate, and perform in Greenwich for one month each year. The artists live with host families, rehearse various projects, and bring outreach programs to local classrooms. The artists who receive GMF Residencies perform regularly as soloists with the finest opera companies, orchestra, and festivals around the world including the Metropolitan Opera, New York Philharmonic, and many others.

The festival was founded by baritone Ted Huffman and conductor Robert Ainsley. Huffman, a native of Greenwich, now lives in New York City and spends much of the year performing with opera companies and orchestras across the U.S. and Europe. Ainsley, having completed the Metropolitan Opera’a Lindemann Young Artist Program, is now Head of Music for Portland Opera in Oregon. He returns each year as Principal Conductor of the festival.

Plans for the 2008 season are under way. The festival will be anchored by three performances of Monteverdi’s rarely-heard masterpiece The Return of Ulysses. Additional programs will explore Monteverdi’s role in musical history as innovator and rebel.

“Monteverdi had a very public life-long battle with the musical establishment, in particular the critic Artusi. His catalogue of works is the best documentation we have of the musical revolution that took place between the Renaissance and the Baroque eras,” said Huffman. “His operas are strikingly modern and accessible; Ulysses teems with passion, comedy and tragedy all at once.”

For more information about the Greenwich Music Festival, visit www.greenwichmusicfestival.org.

2. Artistic Director with Pulitzer Prize-winning composer Paul Moravec, one of the composers featured on the 2007 Greenwich Music Festival

Report: Connecticut Town Rethinking Its Role In FAA Lawsuit
Aero-News Network - FL,USA
The town of Greenwich, CT -- one of several communities to rally against the FAA's proposed rerouting of New York-area airline traffic -- now appears to be ...

WE ARE GREENWICH"S FASTEST GROWING AND MOST INFLUENTIAL NEWS BLOG

In The Last 30 Days Greenwich Roundup has had 2,047 Unique Visitors.

Our Total Count Is 7,578 Visitors Over The Past 30 Days With Most Of The Visitors Learning About And Coming To The Site In The Last 14 Days.

Hopefully, the Greenwich Police Department will respect this online publications constitutionally protected right to free speech and allow us to merely report the news instead of being the in the news.

Greenwich Roundup accounts for about 43.125% of all of Roundup Media's Traffic.

Please send your comments and suggestions to