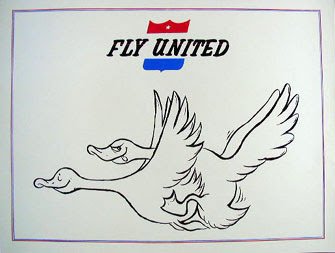 BUSINESS NEWS:
Grendell And AMR No Longer Fly United
American Airlines Gets Screwed
Hedge fund has sold off most of its AMR shares
BusinessWeek
Hedge funds that last year ranked as the third-largest shareholder of American Airlines' parent AMR Corp. have sold off nearly their entire position in the company.
Tontine Overseas Associates LLC, an affiliate of Tontine Management, run by Jeffrey Gendell, said in a Securities and Exchange Commission filing Friday that it had reduced its holdings to 430,702 shares, or just 0.15 percent of AMR's common stock.
Just last March 24, Gendell's funds held nearly 24.3 million shares or 9.7 percent of AMR, behind only Fidelity Management and Primecap Management, according to AMR's proxy.
Since then, the shares have fallen 42 percent, closing Friday at $5.57.
Gendell did not immediately return phone and e-mail messages left at his Greenwich, Conn., office. Fort Worth-based AMR declined to comment.
Hedge funds were once seen as a way for wealthy investors to get better returns by relying on the funds' sophisticated trading models. But they have been hammered by the stock market collapse and suffered their worst year on record in 2008, with hundreds of them shutting down.
The Wall Street Journal reported in November that Gendell was closing two of his four hedge funds because of heavy losses. The newspaper reported Gendell had told investors in a letter that he was "embarrassed" by the funds' performance
================================================================
Please send your comments to GreenwichRoundup@gmail.com
Posted by Greenwich Roundup at 2/08/2009 07:16:00 AM No comments: Links to this post

By Meredith Blake
Staff Writer
Posted: 02/08/2009 12:04:41 AM EST
By taking different-shaped hearts and making them into a smiley face, Cassidy Koopmann, 8, carefully constructed a Valentine's Day card for his mother.
"I think she is going to really love it," he said, whispering as she sat next to him.
Cassidy was one of more than a dozen children who took part in Cos Cob Library's annual Valentine's card-making workshop Saturday.
Greenwich canines trot toward Westminster glory
By Colleen Flaherty
Staff Writer
Posted: 02/08/2009 12:05:49 AM EST
Andrea Chisholm calls it the Academy Awards for dogs, while her husband, Colin Chisholm III, sees it as the canine Olympics. Leora Levy thinks it's most comparable to the Miss America Pageant.
All three Greenwich residents agree, however, that the Westminster Kennel Club's annual show -- which their pooches will compete in Monday and Tuesday at New York's Madison Square Garden -- is the big time.....

Bruce looks to cut budget
By Colin Gustafson
Staff Writer
Posted: 02/08/2009 12:05:05 AM EST
While discouraged by the potential loss of state funds for a planned museum expansion, officials at the Bruce Museum say they understand the need for belt-tightening measures by the state at a time when they too are looking to trim their budget.
In her budget address Wednesday, Gov. M. Jodi Rell proposed canceling upward of $400 million in bond authorizations made in the past five years, including half of a $1.5 million bond package for a campaign to renovate and expand the Bruce Museum.....
Group wants to clean up downtown
By Neil Vigdor
Staff Writer
Posted: 02/08/2009 12:05:50 AM EST
A group that includes real estate mogul Peter Malkin and Chamber of Commerce head Mary Ann Morrison is pressing the town to clean up its image.
Malkin and Morrison met with First Selectman Peter Tesei and other senior town officials on Friday to discuss enhancements to the appearance of the central business district, which they said is not as tidy or well-kept as residents expect.....

Fundance films show students' flair
By Meredith Blake
Staff Writer
Posted: 02/08/2009 12:04:40 AM EST
When 10-year-old Greenwich Country Day School student Austin Albano created a short animated film about westward expansion for his fourth-grade class, he never thought he would enter it into a competition.
"I did it for extra credit," he said.....
Greenwich center offers faith-based approach to healing
By Colleen Flaherty
Staff Writer
Posted: 02/08/2009 12:05:48 AM EST
One day last winter, "Julia" drove to New Jersey to ask the younger brother she loved and for whose life she feared a single question.
With Julia, a 60-something woman who asked that her real name not be used, were her husband, older brother and cousin, as well as Paul Sorensen, executive director of the Greenwich Center for Hope and Renewal......
Opportunities in the Arts: Sunday, Feb. 8
ART GREENWICH ART SOCIETY Winter Art Courses Includes Botanical Illustration, The Artful Audience: Ten Movies Everyone Should See, Parent/Child Monoprint Class, Portfolio Development for High School Students, Felting Workshop, Watercolor Workshop, Sculpture, Creative Writing II for Visual Arts and classes for advanced students.
Timing, strategy key to recover taxes paid by Madoff victims
Madoff victims may be able to recover taxes they paid on fictitious income they reported on their tax returns from previous years.
He's out! He's safe! So what? The play's the thing
"I'll have grounds more relative than this. The play's the thing "Wherein I'll catch the conscience of the King.....
With budget restraint, Rell starts revolution
Governor Rell's budget proposal is both revolutionary and inadequate. It's revolutionary for turning government in Connecticut away from decades of ineffectual and stultifying growth and for rejecting tax increases....
GREENWICH TIME EDITORIAL:
Dodd's halfway explanations
In the wake of the latest revelations concerning U.S. Sen. Christopher J. Dodd and his controversial mortgage dealings, the same question arises again: How could such an experienced politician have handled this so clumsily?
================================================================
Please send your comments to GreenwichRoundup@gmail.com or click on the comments link t the end of this post.
Posted by Greenwich Roundup at 2/08/2009 02:03:00 AM No comments: Links to this post