06/09/08 Some Schools Will Have Early Dismissal Tomorrow. 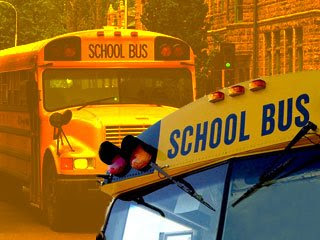 The extreme heat and lack of air conditioning is prompting a Tuesday early dismissal at Eastern and Western middle schools, officials said.

Eastern Middle School lacks air conditioning in more than half of its building, while the cooling in one wing of Western Middle School broke down on Monday. That coupled with a National Weather Service forecast calling for the heat index to reach 103 degrees Tuesday prompted the call for early dismissal at those two schools, spokeswoman Kim Eves said.

School officials said they hesitated to make the decision earlier because the weather conditions could have changed. But by the evening, when forecasters were calling for another day of the heat wave, officials wanted to give parents advance warning, Eves said. The district ruled out canceling classes.

"We don't want to lose instructional time or days," Eves said. "It's cooler in the morning, so we can juggle locations in the school."

For more updates on all schools, parents should check the district's Web site, www.greenwichschools.org, Eves said.

Students at Eastern Middle School also were dismissed early on Monday. Air conditioning only exists in the new wing, but that space was too small to hold all the students, Eves said.

Principal Ralph Mayo also said that several students were sent to the nurse after reporting signs of dizziness and other heat-related... 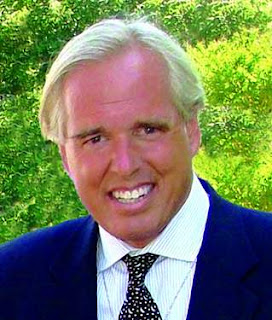 Peter Kiernan, who is gradually passing the torch after two years as CEO of the Christopher and Dana Reeve Foundation, talks about bringing the foundation back from troubled times.

Charity fundraising had long been an emotionally rewarding sideline for Peter Kiernan, who spent 18 years at Goldman Sachs.

But in 2006, when he got a call from Dana Reeve, who was dying and asked him to move up from board member to chairman and chief executive of what is now the Christopher and Dana Reeve Foundation, it became his full-time pursuit. Superman was in trouble—or rather the fund that was his namesake’s legacy was.

The actor, who died in 2004, had lent his name to the organization--formerly the American Paralysis Association--in 1995 after he was paralyzed in a horse-riding accident. It has raised over $100 million used for spinal cord research, programs that improve quality of life for the paralyzed and new therapies. But it had fallen on hard times after the Reeves’ deaths.

“The foundation needed a lot of attention,” Mr. Kiernan says. “Financially, we were not in great shape, and we were facing insolvency. We also had to morph our identity from two icons to the foundation brand.”

The charity also had organizational problems and was spending too much on fundraising.

Mr. Kiernan revamped operations, got heavy hitters to join the board and rekindled support from such celebrities as Robin Williams, Meryl Streep and Glenn Close. In just two years, Mr. Kiernan has taken the foundation from the brink of bankruptcy to projected record revenues of $20 million.

“We had a near-death experience, but the scary part is over,” he says.

With things back on track, Mr. Kiernan has stepped aside as CEO and will turn over many duties to Peter Wilderotter, who has been with the foundation since 2005 and also serves as president.

Reflecting on the turnaround, Mr. Kiernan says that taking the helm was quite a change from his big-bucks days, most recently as an adviser at Manhattan hedge fund Cyrus Capital Partners, and before that as head of his own firm, Kiernan Ventures.

“I stepped down from the hedge fund to take a job with zero compensation,” he says. “My focus had always been on money, and here I had an opportunity to do something new.”

Those who know him weren’t surprised.

“Peter is brilliant, tireless and commits to tasks with single-mindedness,” says David Salzman, executive director of the Robin Hood Foundation, a Manhattan nonprofit where Mr. Kiernan had also played a leadership role. “But above all, he is a fiercely loyal friend.”

Both Ms. Reeve and Mr. Reeve were old friends.

“The fabric of our lives was woven together,” says Mr. Kiernan, who met her when Ms. Reeve was an 18-year-old aspiring actress at Middlebury College in Vermont—playing Nurse Ratchett in a production of One Flew Over the Cuckoo’s Nest—and he was an American Studies major at nearby Williams College in Massachusetts.

His friendship with Mr. Reeve went back even further. The two were on rival prep school hockey teams. Mr. Kiernan recalls once advising the actor to return a $1 million donation from a big-name financial player who shortly afterward was the target of a headline-grabbing scandal.

“Everyone has one friend who will tell someone the truth, even when it’s something they don’t want to hear,” Mr. Kiernan says. He and Mr. Reeve had that kind of relationship.

Mr. Kiernan also gets praise from board member Cristina Carlino, who founded and heads Philosophy, a high-end cosmetics company.

“We were all concerned about the organization after Dana died,” Ms. Carlino says. “Peter’s commitment has been just extraordinary.” 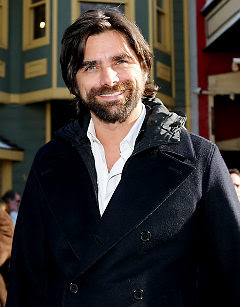 John Stamos will produce and star in the Lifetime movie "Killing Mr. Kissel," based on the true story of the murders of millionaire businessman Andrew Kissel and his brother.

"People are fascinated by the private lives of the rich, and there is a part of all of us that wants to have the lifestyle that money brings," said Tanya Lopez, senior vice president of Lifetime networks' original movies. "While entertaining, this story — about one family's quest for the American dream that spiraled out of control — also reminds us to be careful what you wish for."

Kissel's murder was front-page news in 2006 when his body was found at his Greenwich, Conn., home.

Kissel (Stamos) had recently been caught embezzling money and was going through a divorce, leading some to question if he had orchestrated his death himself.

Shockingly, just three years earlier, Kissel's brother, Robert, was murdered in Hong Kong when his wife drugged him and bludgeoned him to death. "Killing Mr. Kissel" is expected to premiere in November. 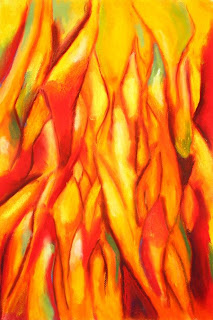 Early-morning fire damages Greenwich bakery
.
Six fire departments responded to the scene at approximately 1:20 a.m. Firefighter say when they arrived, flames had already engulfed the roof.
The Greenwich fire chief says propane tanks started the fire. No one was hurt.
See The Video- Play the video

Power Outages In Greenwich
2400 Residents without power. All schools delayed one hour this morning. Greenwich Police forced to roads during and after the storm, because trees fallen trees.

Principal must take responsibility for his actions
To the editor: What has happened to people being accountable? Glenville School has a principal who "got his hand caught in the cookie jar," and everyone is trying to make excuses for him.

17 Year Old Driver From Greenwich Was Lucky He Was Not Hurt - Debris falls again from Stamford's Trump Parc site
For the second time in the past month, construction debris has fallen through safety netting at the Trump Parc site in downtown Stamford.

A piece of a three-inch cable fell from the 29th floor of the building, which is at the corner of Washington and Broad streets, breaking a car window. The driver of the vehicle was unhurt.

"We will try to work at finding a solution so that this doesn't happen again," says Stamford Police Lt. Sean Cooney. "This is the second time in two weeks and that's too many."

Stamford police are working with city engineers and the federal Occupational Safety and Health Administration to figure what can be done to avoid a similar incident in the future. See Video Of The Greenwich Student's Car - Play the video of the Greenwich teens smashed car

FOUNDED 10 years ago, the Stanwich School in Greenwich has quickly established...semirural neighborhood. The school currently leases buildings from the Greenwich Reformed Synagogue on Stanwich Road and two churches...

Society for the Increase of the Ministry announces 2008 Scholarship Grants

The Society for the Increase of the Ministry (SIM or The Society) has been supporting Episcopal seminarians since it's founding in 1857 at Trinity College in Hartford, CT. The Rev. Canon Robert G. Carroon, Director of Scholarship Programs, at their recent Annual Meeting, reported Scholarship grants were awarded in 2008 totaling $224,000 to 76 Episcopal seminarians. This represents 43 dioceses in The Episcopal Church (TEC)...

Dancers take recitals to the big stage
After leaving their mothers at the door, several dozen elementary school girls garbed as Snow White, Cinderella, and Sleeping Beauty sat Indian-style awaiting their cue backstage during a dress rehearsal at the Palace Theater yesterday.

To Do List - Music and weather talk
The Bruce Museum presents Michael Lasser, a music historian, radio host, and author to give a lecture on how popular music “sings” about weather, 1:30, Tuesday, June 10, Bruce Museum; $25, $15 for museum members; 869-0963; Brucemuseum.org.

Summer heat, a few weeks early
Yesterday Nicole Dougherty of Greenwich and Elly Hinders sat on a beach blanket getting a tan and getting ready to play cards.

Seeing Recession When There's None to Be Found: Kevin Hassett
Bloomberg Business News
... special story. The jobs numbers, for example, according to Michael Darda , chief economist for MKM Partners LLC in Greenwich, Connecticut, might have been inflated for a number of reasons, including technical problems associated with graduating ...

Town weighs plan for coastline
A wide-ranging discussion has begun about how to streamline efforts to control land use, protect the environment and balance the competing needs of powerboaters, sailors and rowers along the Greenwich coastline, town officials and others say.

... greater transparency was the surest pathway to prosperity and the big money of institutions. The heavily leveraged Greenwich, Conn.-based hedge fund became the symbol of the risk associated with hedge fund investing when it lost $4.6 billion in less ...

Trust prepares deal with Aquarion
The parties are primed for action, but it will take a little bit longer before the town and the Greenwich Land Trust can drum up support for the purchase of Aquarion Water Co.


Clark beats Mets in a pinch
NY Daily News
... we're capable of." Things don't get any easier. After Monday's day off, when travel-weary players will be in Greenwich, Conn. , for a team-sponsored charity event after a cross-country flight, the NL West -leading Diamondbacks arrive at Shea. On ...

What next for Havemeyer Building?
A request for $30,000 to study whether the Havemeyer Building would be suitable for a new senior center is encountering pockets of resistance in the Representative Town Meeting.

ARCH School thrives in new location
Barbara Varanelli last year sometimes wondered if she was in enemy territory when she sat through meetings with Byram residents who she felt were unjustified in calling ARCH School students troublemakers.

Experts discuss senior care
The affordability and availability of long-term care for a growing senior population is a major issue confronting state and local officials.