05/28/08 With the spectacular job the Corps has done with the Mississippi, maybe Byram can do without the help of the army engineers 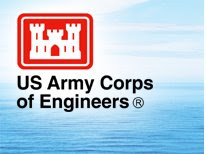 "What happened in the past, while it's important to moving forward, we're still moving forward and developing a whole new alternative," Jodi McDonald, the chief of the rivers and lakes section of the corps's planning division in New York, said. "We'll essentially have public meetings and ask for public input.

"You're really starting with a new slate," Mark Weller, a Pemberwick resident and member of the Byram River Working Group said. "There's new things you can do that's less obvious to the homeowners and the town that would mitigate flooding."

When the U.S. Army Corps of Engineers last presented ideas for preventing floods along the Byram River nearly two decades ago, the town flatly rejected the recommendations.

Now that the corps has returned to again study the problem of flooding along the Byram River, some town officials are greeting the federal agency's return with skepticism.

"Let's make sure the results are better than the last outcome," Inland Wetlands and Watercourses Agency chairman Tom Baptist said, adding that the last time the corps examined flooding along the Byram River was in 1990, when he was then Greenwich's conservation director.

At the time, he successfully lobbied the town to reject the corps recommendations because the proposed measures were too drastic and unnecessary, Baptist said. For instance, engineers recommended excavating 3,000 feet of the Byram River channel, condemning and demolishing scores of structures near the river, removing 1,000 trees and building several concrete structures, such as an 8-foot height and 3,200-foot long levee, he said.

"We had no chance to discuss with their engineers alternatives," Baptist said. "The town made the correct decision, there's no doubt in my mind."

Following the destructive April 15, 2007, nor'easter, which forced the evacuation of hundreds of residents living near flooded waterways, including 100 in Greenwich, the U.S. House of Representatives asked the corps to investigate conditions at the Byram River and nearby Westchester....

05/28/08 Greenwich Resident Ned Lamont On WNPR: Where We Live: The Rise of Populism

Ned Lamont and author David Sirota talk to “Where we Live.”

Sirota talks about the populist revolt he says is scaring Wall Street and Washington, highlighting Ned Lamont’s 2006 senate campaign. His book, THE UPRISING, traces the historical roots of populism, from its start in the rural West in the 19th Century all the way through Lamont’s 2006 race. Sirota asks the question – Will a real movement emerge from all this rage?

05/28/08 Greenwich Post And Greenwich Time Websites Have Breaking Glenville School News. Where Is The Greenwich Citizen? 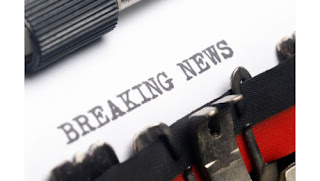 Marc D’Amico, principal at Glenville School, has been suspended with pay pending an investigation of what the district is terming “serious allegations.” Former Western Middle School Principal Don Strange has taken over for Mr. D’Amico on an interim basis.

Kim Eves, the district’s director of communications, said the district would not comment on the matter and would not discuss what triggered the suspension.
Glenville School PTA co-president Celia Fernandez spoke to the Post today and said the organization “respected the right to due process” and wanted to see where the investigation led before commenting on it.....

Marc D'Amico has been suspended as principal of Glenville School while school officials conduct "an investigation of serious allegations," according to a letter sent home to parents today.

Officials would not comment on the investigation or D'Amico's suspension, calling it a "personnel matter" involving human resource officials, district spokeswoman Kim Eves said. She declined to say whether other town agencies are involved.

The suspension caught parents and town officials by surprise.

"This is a really critical time in the school year," said First Selectman Peter Tesei upon learning the news.

Marc D'Amico has been suspended as principal of Glenville School while school officials conduct "an investigation of serious allegations," according to a letter sent home to parents today.

The Greenwich Citizen Is Lost In Cyberspace

Saying that the program presented the best chance to improve student performance while getting new student involvement, New Lebanon School officials have embraced an International Baccalaureate (IB) course of study....

For Older Americans Month, seniors get the facts on strokes

Strokes are the second leading cause of death among Greenwich residents and across the United States, according to the town health department.

It’s why last week the town organized a lecture with cardiologist Dr. Glenn Gandelman at the senior center in honor of Older Americans Month.

The lecture is part of an ongoing series, which wraps up today, presenting lectures on various senior issues.

On May 31, The Junior League of Greenwich will be celebrating the fifth anniversary of the Greenwich Skate Park. 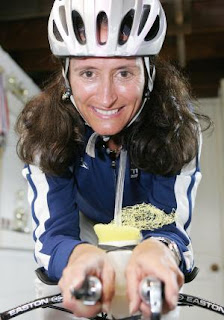 Being diagnosed with stage three breast cancer has not slowed down five-time all-American athlete Karen Newman.

Prosecutors have denied a police application for a warrant to arrest a town man in an alleged beach card counterfeiting scheme.

Democrats in the state's 150th House District failed to meet a deadline yesterday for nominating a candidate in the race, making GOP incumbent Lile Gibbons a virtual lock for a fifth term.

When the U.S. Army Corps of Engineers last presented ideas for preventing floods along the Byram River nearly two decades ago, the town flatly rejected the recommendations.