Please send your comments, news tips and press releases to GreenwichRoundup@gmail.com
Posted by Greenwich Roundup at 7/01/2010 09:16:00 PM No comments: Links to this post

Hearst Newspaper Editor David McCumber
Wont Let You Read This In The Greenwich Time .....
Randall Lane Sued For $100 Million Over A Hit Piece He Did On Mets Star Lenny Dkystra And CNBC's Jim Cramer
http://www.hedgetracker.com/article/Penny-Stock-Company-sues-author-Randall-Lane-on-alleged-Lenny-Dykstra-stock-pump-report
...Lane in fact, says he saw stock certificates issued to Peel, which his single source Richard O’Connor, who worked as a consult for AVT, says he got from a staffer of the publicly traded company. What Lane left out of his report is that O’Connor has a major ax to grind against Illingworth and AVT. He was fired by AVT for not delivering on his fund raising and marketing commitments and then was sued by the company for libel and false claims in Orange County Superior Court. AVT won a judgment against O’Connor for $37,569.82 , which according to Illingworth, O’Connor has yet to pay. O’Connor could not be reached for comment at press time.
Lane told the New York Post when they reported AVT issued a cease and desist order against Lane, that he stands by the book "in its entirety’ (source). We’re sure he does, except let’s not forget the hard-on Lane has for Dkystra who pulled a million dollar financial newsletter business from his company, Doubledown Media, in early 2008......
....the author of a coming book called Nailed: The Improbable Rise & Fall of Lenny Dykstra, says, “Cramer and TheStreet.com clearly played a significant role in building Lenny Dykstra’s credibility in the world of finance beginning in 2005. However, they were not alone. Randall’s comments seem to neglect his and Doubledown’s role completely. In March and April 2008, Doubledown heavily promoted Lenny and his financial attributes to various media outlets to create a buzz around two new products: The Players Club magazine and The Dykstra Report. There was a heavy marketing machine around the idea of Lenny Dykstra, financial genius that really elevated his visibility on Main Street. Doubledown’s wasn’t just another voice in the chorus – it was one of the loudest voices.” ....
It Was Easy For Randall Lane To Push Around Hearst Newspaper Editor David McCumber, But He Got A Couple Of Tigers By The Tail When He Went After Dkystra And Cramer
PLEASE SEE:

Was Dykstra Cramer’s Worst Pick of All?

When Jim Cramer deemed Lenny Dykstra, the former baseball centerfielder with the New York Mets, an investing authority, did he make his worst call yet?

That’s the suggestion by Randall Lane, who claims in his new book, “The Zeroes: My Misadventures in the Decade Wall Street Went Insane,” that in taking Mr. Dykstra under his wing, the stock-picking, booyah bellowing former hedge fund manager and current host of “Mad Money” unwittingly ensnared himself in a scandal.

According to Mr. Randall, Mr. Dykstra allegedly agreed to take $250,000 worth of stock in exchange for recommending that stock to subscribers of a newsletter the former Major League All-Star wrote for Mr. Cramer’s TheStreet.com.

Writing about it in The Daily Beast, Mr. Randall says:

Jim Cramer single-handedly created the concept of Dykstra-as-financial genius. Known mostly for his willingness to crash his body into walls or his cars into trees (nickname: “Nails”), the former New York Met and Philadelphia Phillie became an investment columnist for TheStreet.com in 2005, after sending Cramer an unsolicited email. For the next four years, Dykstra made stock picks, focusing on “deep-in-the-money calls”—a way to buy leveraged options—for tens of thousands of followers on Cramer’s website.

“Not only is he sophisticated, he is one of the great ones in this business,” Mr. Randall quotes Mr. Cramer as having said of Mr. Dykstra in 2008. Mr. Randall notes how the former baseball star was one of only “four or five” people Jim Cramer would listen to for stocks advice.

Cramer, I am sure, had no knowledge of Dykstra’s “pay to plug” scheme—an arrangement that could well lead to a Securities & Exchange Commission investigation. He was just a dupe. But his relentless endorsements and promotion of the ballplayer’s stock-picking over the years must now surely rank as his most ill-conceived.

Go to Article from The Daily Beast »

The Greenwich Post came out today. Have you seen what’s inside? Here are a few of the news items and features in this week’s issue. The Post is available on newsstands today and online and by mail to subscribers.

• GHS auditorium project could break ground this time next year

• Tea Party Patriots to march in Greenwich on July 4

• Post launches new columns this summer: Michael Sandifer’s “Aging Matters” on senior issues which runs in today’s paper, and next week Amanda Bomann’s “Crib Notes” on being a new mother

• Joe Pisani talks about the misfortunes of fame, the truth about tabloids

• Town Wiffleball tournament is back on July 17

• Greenwich restauranteur talks about finding success in a shaky economy 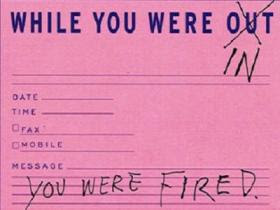 For every penny the final VWAP (volume weighted average price) dropped below $2.90, the value of the hedge fund's CVRs increased by $185,000.

But then, this happened, according to FINRA:

The hearing panel judged that "the objective of the selling strategy was to drive down the price of MGRM shares rather than to obtain the best price ... (Brokaw) placed the orders to artificially depress the price of MGRM to impact the pricing of the CVRs."

Please send your comments, news tips and press releases to GreenwichRoundup@gmail.com
Posted by Greenwich Roundup at 7/01/2010 07:56:00 AM No comments: Links to this post

Greenwich News - July 1, 2010
Rell To Hedge Funds: It's Better In Connecticut (WTIC-TV Hartford)
To the hedge fund managers of New York state, Gov. M. Jodi Rell had this to say on Wednesday: Connecticut will help pack your bags.

Pet Trade Groups, Retailers Commit $500,000 to PIJAC in 2010 (Pet Product News)
The Pet Industry Joint Advisory Council reported today that several major pet industry trade associations and retailers have agreed to provide more than $500,000 in financial support.
Will Cohn Makes His Mark in 'Othello' (Westport Patch)
Staples High School student Will Cohn can be seen portraying "Boy" in Shakespeare on the Sound's production of "Othello." Performances will be held in Greenwich July 2-11. Contributed photo Photos Credit Contributed photo http://assets0.patch-assets.com/assets/photos/000/584/284/584284_collapsed.jpg?1277913245 Westport's Will Cohn wrapped up his ...
Democratic Endorsed Party Dan Malloy: Will Greenwich Resident Ned Lamont release His Records? (greenwichroundup.blogspot)
MALLOY RESPONDS TO NED LAMONT'S ATTACK
The following is a statement from Dan Malloy, the Democratic Party's endorsed candidate for Governor:
"My record on jobs and economic development is crystal clear: during my time as Mayor, Stamford added nearly 5,000 new jobs. That's an indisputable fact. Actually, that number is probably conservative. RBS, UBS, Purdue Pharma, Bank of Ireland, Jeffries, Thomson Reuters, Fuji, NBC, Starwood Hotels & Resorts, Carol Lee, Aon Insurance, Greenwich Associates, Lloyds of London, NBC, Rockefeller & Co., Unilever, Columbus Circle Investors, Burlington Coat Factory, Modells, Hampton Inn, Rochdale Securities, Gartner Group - all of these companies, and others, brought new jobs to Stamford. As a result, small businesses across the city flourished from this increase in people working in Stamford. "
So why is Ned Lamont attacking my record on jobs? Because he doesn't want to talk about his own. In his time as CEO Ned laid off most of his workforce, while paying himself hundreds of thousands of dollars.
Those are the facts.
We'd have more facts if Ned would release his business and personal tax returns for the last 10 years.
I'm happy to do the same.
For a guy who claims to have 'hired hundreds of people' I would think he would want to release these records. "
My life and record are open books. Ned's should be too."
Dan Malloy, the Democratic Party's endorsed candidate for Governor, also stated:
"We've answered the question. Our ad stays up because my record is clear: under my leadership Stamford added nearly 5,000 new jobs. In fact, the number is probably higher than that. For a more balanced view of my record than the article the Lamont campaign is pointing to, look at the following.....
Well-known attorney admits owing $1.1 million in taxes (NewsTimesLive)
Michael Sherman leaves the Federal Courthouse in Bridgeport with his defense attorney, William Dow III on Wednesday June 30, 2010.
More Greenwich News From Topix:
Jim Himes' Conservative Opponent Endorsed By 9/11 Families for a Secure America (greenwichroundup.blogspot)
MEDIA ALERT: 9/11 Families for a Secure America endorses Rick Torres
The families and victims of the September 11, 2001 terror attacks and other violent crimes committed by illegal aliens
www.911fsa.org
/11 Families for a Secure America endorses Rick Torres for the Republican nomination for Congress from Connecticut's 4th District. 9/11 FSA is a membership organization consisting entirely of victims of violent crimes committed by by illegal aliens or 'legal' aliens allowed to enter the USA as a result of official negligence. All our members have either lost a loved one in a murder or are the survivors of such victims. Many of our families lost loved ones on 9/11.
Others lost family members in street crimes committed by foreign citizens who, like the 9/11 terrorists, were only able to enter our country because of the federal government's refusal to enforce our laws governing immigration and issuance of visitor visas. We understand the true human cost of the refusal of Congress to demand enforcement of our immigration laws.
Yet our members, many of whom are legal immigrants themselves or the children or grandchildren of immigrants, strongly support properly administered legal immigration.
Rick Torres, himself the son of refugees from the Castro tyranny, is fully committed to the principles our members support.
In particular, Rick Torres has confronted the Hamas front group known as the Council on American Islamic Relations (CAIR).
He has shown the courage to state the true nature of this front group for Islamic terrorism and has become a target for these un-American infiltrators into our country.
The many members of 9/11 Families for a Secure America who saw their loved ones die on September 11, 2001 know too well that the Islamic terrorist threat is only increased by members of Congress such as Jim Himes, who encourage an enemy which hides behind our tolerant and politically correct society while they plotting to destroy us....
Skakel Lawyer Expected To Admit Tax Evasion (The Hartford Courant)
Celebrity attorney Michael Sherman is due in federal court in Connecticut to enter an expected guilty plea to failing to pay nearly $400,000 in taxes.
Boeing to Buy Argon ST For $775 Million to Expand Military Electronics (Bloomberg)
Boeing Co. agreed to buy defense contractor Argon ST Inc. for $34.50 a share in cash, expanding the planemakera s reach into the market for military electronics.
Editor's notebook / Kevin Lally: Community first (Fairfield Citizen-News)
The Brooks newspaper group was saddened to hear last weekend that our former publisher, Kevin Lally , died at age 53.

Please send your comments, news tips and press releases to GreenwichRoundup@gmail.com
Posted by Greenwich Roundup at 7/01/2010 06:25:00 AM No comments: Links to this post

07/10/10 GreenwichStreets.com a new blog on Greenwich

Mel Gibson's House sells for $24 Million in back country Greenwich

They are everywhere, brightening every corner of Greenwich

Greenwich over $10 million dollar market looks like a bargain