STORY:
Republican and Democratic nominees for first selectman in this fall's election said challenging a court decision forcing the promotion of a policeman to captain will hurt public safety and cost more than legal fees.
First Selectman Jim Lash intends to seek an appeal of the verdict in the case of Lt. Gary Honulik if attorneys cannot reach a settlement in the case.
Two weeks ago, State Superior Court Judge Michael Shay ordered Honulik to be promoted, and slammed the town for illegally manipulating its hiring policies to deny the 34-year veteran a promotion to captain in 2003.
The ruling also directed that Capt. Michael Pacewicz, the man promoted instead of Honulik, be returned to his former rank, with Shay ruling that Pacewicz was promoted illegally.
The appeal would negatively affect the police force by extending a block on promoting senior police commanders, worsening a leadership void and threatening public safety, Republican nominee Peter Tesei and Democratic nominee, Frank Farricker said.
'I think the situation is a very sad saga for the individuals involved, the Greenwich Police Department, the town, and I don't think we should exhaust further resources appealing the decision,' said Tesei, chairman of the Board of Estimate and Taxation. 'We need to move forward.'
Farricker, a member of the Planning & Zoning Commission, said the appeal would be another in a line of ill-chosen battles, part of a wider pattern of the town aimlessly taking cases to trial when settlement would appear wiser, and alienating employees by disregarding town policies.

In compliance with copyright and fair use standards, this story has been truncated. Please click on the Source URL link below to read the entire story.

09/24/07 - Wetland Bonds Have Remained In Greenwich Coffers. The Town Is Now Trying To Close Permits And Return Overdue Money To Upset Property Owners

Greenwich Town Department
The Inland Wetlands and Watercourses Agency
HEADLINE:
New wetlands director named
QOUTE OF THE DAY
"It's a lingering issue" - Michael Chambers
STORY:
Greenwich native Michael Chambers has been promoted to be director of the Inland Wetlands and Watercourses Agency.
Chambers, 32, of Stamford, the interim agency director prior to this promotion, takes over for Mark Massoud, who abruptly resigned last December for reasons he and the town did not disclose.
Chambers said he is looking forward to his new position at the agency, which regulates construction and other activity in or near environmentally sensitive wetland areas and water bodies.
'It's a great experience for me,' Chambers said. 'I've been here a lot of years. I know how this office operates. I'm a local boy. I've been here all of my life. I know what this town was and I know what it's becoming.'
Among his priorities will be to work on returning unclaimed wetlands bonds to their owners, Chambers said.
'It's a lingering issue,' Chambers said.
Bonds are money people give to the town prior to being allowed to do construction in or near wetlands. The town holds the bond as a way to ensure that work done on or near wetlands conforms with what the agency permits. Once the work is complete and inspected by a compliance officer, the permit is closed and bond is returned......
In compliance with copyright and fair use standards, this story has been truncated. Please click on the Source URL link below to read the entire story.
Source: Stamford Advocate
Publication Date: September 24 2007
Reporter: Hoa Nguyen
Source URL: http://www.stamfordadvocate.com/news/local/scn-gt-a1wetlandsmondaysep24,0,7392211.story
Recent Inland Wetlands and Watercourses Agency Press Releases
New Public Counter Hours
IWWA Adopts Amendments to Regulations

The vote was applauded by a few of the 60 or 70 people who crowded into the meeting room, but the overwhelming majority had urged selectmen to put the vote off until January.
Ordinance Review Committee member Larry Lomison questioned raising the height ordinance to allow the plant after only two months of discussion when other, simpler projects, were given more time and studied in more detail.
National RE/sources of Greenwich, Conn. is proposing the $1.5 billion plant, which would generate electricity using coal, primarily, with some biomass ...

Morgan Stanley is in talks to purchase a 20% stake in Traxis Partners LP, a hedge fund founded by the company's former chief strategist, Barton Biggs.

==================================
EDGAR(R) Online to Demonstrate Power, Speed and Depth of Its I-Metrix ...
Source: PR Newswire
EDGAR(R) Online,Inc. (Nasdaq: EDGR), the leader in XBRL data processing, extraction andconversion announced today that the company and Renaissance Capital will be demonstrating its I-Metrix XBRL financial data to leading hedge fundmanagers at the upcoming Blue Ribbon Hedge Fund Conference in Greenwich,CT. Following on the heels of the recent earnings season in which EDGAROnline converted the SEC filings of all US filing companies into the XBRLformat in a few hours, the presenters will show how I-Metrix delivers thefastest access to company financial information.......

I’m in the middle of reading a fabulous book, Words That Work: It’s Not What You Say, It’s What People Hear, by Frank Luntz. Luntz has made his fortune advising Republican politicians on communication strategy and crafting their messages. Luntz is responsible for converting “estate tax” to “death tax,” and “drilling for oil” to “energy exploration.” His handiwork teaches important lessons about the power of language to motivate and persuade.....
... Buy the book and you'll have a head start. Ruth Sherman - Ruth Sherman Associates, LLC - Greenwich, CT - http://www.ruthsherman.com/ 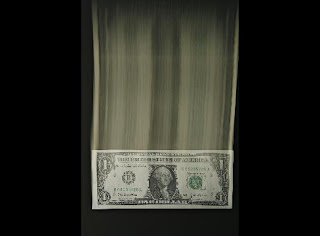 The dollar fell to a record against the euro and weakened versus the yen on speculation U.S. growth is losing momentum, adding to pressure on the Federal Reserve to reduce interest rates again.

The U.S. currency weakened to a 15-year low against a basket of six of its major peers before data tomorrow forecast by economists to show the lowest home resales in five years and the least consumer confidence in more than 12 months. Traders are betting on at least one more interest-rate cut by year-end.
... ``Dollar weakness will persist,'' said Alan Ruskin, head of international currency strategy in North America in Greenwich, Connecticut, at RBS Greenwich Capital Markets Inc. ``Housing is a major problem for the U.S. economy, and it isn't going to go ...

Americans may be disappointed that the Federal Reserve's interest rate cut won't translate into lower monthly mortgage payments and a revival of the housing market. ...
... will follow, said Michael Darda, chief economist at the equity trading and research firm MKM Partners LP in Greenwich, Connecticut. Bond Yields ``Lock in your rate now,'' Darda said. ``Long-term bond yields will put a floor under how much further ...

Procter & Gamble plans to revitalize the stagnant liquid detergent category with a restaging of its Dawn line, including new products, sizes and graphics, supported by an estimated $65 million in marketing.

P&G is dividing Dawn SKUs into three tiers: premium, plus and base. Original Dawn is the top-seller in the category and the Dawn line is one of 23 P&G "billion-dollar brands" in terms of sales......
... system within the same brand can cause confusion," said consultant Jack Trout, president of Trout & Partners, Old Greenwich, Conn. "The communication of what Dawn could become is convoluted--how [do you] communicate the different versions? Unless ...

A private developer willing to build a new parking garage at the Stamford train station as part of his proposed Metro Green office and housing complex, said he was prepared to exclude the garage if the state's funding for the structure isn't approved soon.
If the proposed public-private partnership falls through, it could displace at least 800 commuters who use the old section of the garage, which the state says needs to be replaced....

....State Sen. William Nickerson, R-Greenwich, said it was unusual for the Democrats to lump the transportation initiatives into one general bonding bill, and if the transit portion was broken out, it would pass overwhelmingly.
'We should do the entire transportation bill because I'm sure there would no objection to it,' Nickerson said. 'It was a mistake to have lumped these together.'
Commuter advocates said the longer the political process gets drawn out, the more they are concerned about the parking garage's future. .....
Source URL: http://www.stamfordadvocate.com/news/local/scn-sa-metrogreen4sep24,0,107195.story