01/15/07 - My Neigbor Barbra Came By Tonight To Say She Was Worried About My Wife. I Told Her Things Were Much Better

My neighbor said,"It is a shame how the police still continue to bother you and your wife."

I told her I had not had any trouble since last night.

I said that since I had called Sargent Lombardi last night, I had not seen a police car all day or night.

However, I told her that another neighbor said that the Byram Patrol Car had been posted all night down at the Fire Station, right in the heart of the Byram Business District.

Click Here To Go To The Greenwich Roundup Homepage

Email ThisBlogThis!Share to TwitterShare to FacebookShare to Pinterest
Labels: Business

Please send your Help Wanted Notices to GreenwichRoundup@gmail.com and we will publish them for free.
Posted by Greenwich Roundup at 1/15/2008 03:52:00 PM No comments:

This morning I went to get my morning news paper at State Line Stationary in Byram and the gentleman behind the counter noticed my picture on the cover of the Greenwich Time.
He started telling me how his business received the gang graffiti and how something has to be done about all of the kids that congregate on the corner of Mill Street and Water Streets.
I told him I agreed with him and that I had heard that there might be video of a car that had the gang running all over Byram defacing property. Apparently the license plate did not render well in the video.
However, the disk with the video had been turned over to police to see if they could digitally enhance the images of the plate.
One customer said they don't need fancy "video tricks", they need to have a couple of policemen to handle all of the kids that are doing this.
I agreed with the customer and said there is a real estate business, called Judge and Associates, just a couple of doors down the street.
The lady who used to operate Rolly Polly told me that after he open his business he got all of his office computers stolen in a break in.
The he has to put up with gangs of kids hanging around his business and people getting mugged in front of his business.
Now the side of his business has gang graffiti in 3 to 4 foot letters on the side of his building.
Another customer started complaining it is not just the police. He said Byram gets covered in graffiti and none of the newspapers cover the story. He said it's like we live in a different state or country.
The residents of Byram know what Byram needs, but no one is listening to them.
Posted by Greenwich Roundup at 1/15/2008 12:56:00 PM No comments:

Greenwich students set for 'Cabin Fever' at teen center
Greenwich Post - Greenwich,CT,USA
This event is the latest in a series of high school social nights sponsored by Greenwich Avenue Initiative. The group’s first event was “Novemberfest: Can U ...

Meet life's challenges with help from "Dr. Dale"Boss driving you bananas? Received a scary health prognosis? Trying to get pregnant? Having trouble with your partner? Juggling work and kids? Caring for ill parents? Fantasizing about trading in your daughter-in-law? Feeling too old to get back to the dating game? Need to spice up your sex life?

If any of these life situations strike a chord, or if you have a few of your own that send you on an emotional seesaw, Dale Atkins, PhD, wants you to know this: "You can cope, you can survive, and you can thrive."

On Jan. 29, this well-known relationship expert will introduce you to her five "Sanity Saversª" - essential elements for a balanced life - and offer practical suggestions for women to restore order, simplicity and happiness in their lives, no matter what comes their way.

"Dr. Dale" is a licensed psychologist with a private practice in New York City and more than 25 years experience in the field. Her specialties include families, couples, parenting, aging well, and managing stress. A prolific author and sought-after speaker and guest expert, she also has appeared on the "Today Show" and "Oprah."

Please send comments to GreenwichRoundup@gmail.com
Posted by Greenwich Roundup at 1/15/2008 08:16:00 AM No comments: 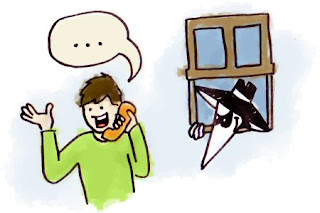 I Wanted To Put Up A Post About The RTM Meeting,

Unfortunately, I Have To Report On More Police Misconduct In Byram

After Midnight I once again had the Greenwich Police Department sending a patrol car to harrrass and intimidate me on North Water Street.

I would stand outside and watch the patrol car, which eventually would drive down to the stop sign and go on Byram Road towards the post road.

Then five maybe ten minutes later the patrol car would come again by 161 North Water Street and then when I came out would drive up to about three more houses and once again just sit in middle of the street.

This ignorant and unproductive police behaviour scares and upsets my wife to no end. So I took her somewhere else to sleep for the night.

Later, I called the Greenwich Police Department to ask who the Officer for Byram was for the 12 to 8 am shift and I got a dispatcher 11, who said he could not tell me.

I then spoke to a Sargent Lombardi and asked who the officer in Byram was for the 12 to 8 am shift.

He said there could be a couple of officers in that area and wanted to know why I wanted the names of the Officers. I told him all of the information above and he started playing dumb asking, "Is the car in the middle of the street now?" and once again told him we had left, because of the behaviour of the Byram officer.

I then informed Sargent Lombardi that most cell phones come with cameras that take pictures that get time stamped with information from the cell phone network.

Officer Lombardi then hung up the phone.

I called back once again spoke to Dispatcher 11, who once again gave me Sargent Lombardi, starts playing dumb again, and tells me he sent another police sargent out to 161 North Water, and he does not find me there or see a patrol car sitting in the street.

I once again tell Sargent Lombardi that I left, because this officer in the patrol car had greatly upset my wife and I would just like to know who were the two officers who were assigned to Byram.

I repeatedly had to ask who the Byram officer was and eventually Sargent Lombardi said the Byram Officer was Officer Smerrillo.

When I asked about the other officer that Sargent Lombardi said might also be in Byram he said,"I can't not recall who the officer is off the top of my head."

All this wasted Police resources to harrass a police critic.

It sort of proves my point that the Greenwich Police Department needs more accountability.

You would think that Chief Ridberg would have beter things for his high paid police officers to do.

Let's Face The Facts - Greenwich Is Litered With Dead Bodies

Please send any Greenwich Police Misconduct Reports To GreenwichRoundup@gmail.com
Posted by Greenwich Roundup at 1/15/2008 03:06:00 AM No comments: