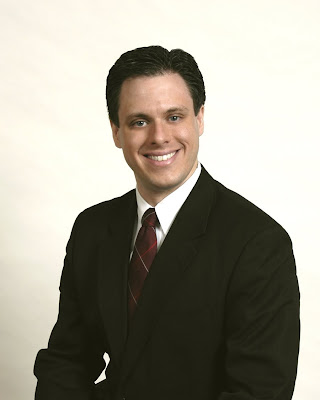 Below is a statement from Dan Debicella regarding recent backpeddling by Jim Himes and his startling record promoting out-of-control spending.

“As an incumbent beholden to insiders, Jim Himes has been feeding government from the all-you-can-eat buffet. Now, with an election approaching, he is showing a sudden interest in the dollar menu.


This is yet another example of Jim Himes’s hypocrisy. You can’t vote for a 22% increase in discretionary spending and then talk about cuts three months before the election. It’s too little too late and it doesn’t fool voters in .

The first place this commission should look to cut spending is by repealing programs that Jim Himes has already voted for that have launched spending to never-before-seen levels.

One more do-nothing political committee is not the answer and I believe there is a better way. I propose a hard spending cap that will force politicians of both parties to make tough decisions about how tax dollars are spent and an end to political earmarks that simply reward politicians for voting with party insiders. We need to get serious about cutting spending.”

The true Himes record. In his first term in Washington, Jim Himes:

· Voted YES on the trillion-dollar stimulus.

· Voted YES on one of the largest one-year increase in federal spending since the Carter administration.

· Voted YES on the ‘most fiscally irresponsible budget in American history.

· Voted YES on raising the debt ceiling in order to bring on $2 trillion in new debt.

· Voted YES – twice – on the trillion-dollar government takeover of healthcare.

Dan Debicella is the Republican Party’s nominee to face Jim Himes this November.

Debicella is a second-term Republican State Senator representing the eastern part of , including , , , and . He grew up in where his father was a police officer and his mother was a secretary. He was the first in his family to go to college full time, attending the and receiving his MBA from . He has spent most of his career in business, having worked for management consulting firm McKinsey in Stamford, as Director of Strategy at PepsiCo in Purchase, NY, and currently as Assistant Vice President of Marketing at The Hartford Financial Services.

In the State Senate, Debicella has served as the lead Republican on the budget-writing Appropriations Committee. He recently co-authored a budget proposal that cut the size of government by 5% through combining or eliminating agencies, privatizing social services, and resetting program spending to 2007 levels. Debicella also led the fight against the budget that ultimately passed, which raised taxes by $1 billion and borrowed $1 billion to balance the budget.

The Fourth Congressional District comprises most of , including seventeen towns from in the west, to in the east, and in the north. The seat was held by Congressman Christopher Shays from 1987-2009.

I just came back from watching the President sign Wall Street Reform
into law. This is a huge step forward and one I am proud to have played a role in

realizing. The new law strikes a good balance between
making sure our financial sector does what is so critical to our
economy while moving it away from the disastrous irresponsibility
and incompetence in so many corners.

I published an op-ed in some of our local papers this past weekend
explaining the reform. This email doesn't provide the space to fully
articulate why these reforms are important, so I hope you'll click
here to read my op-ed.

Today's action is an important step forward for the American taxpayers, consumers, and investors. After reading my op-ed, I hope you'll let me know what you think.

Please send your comments, news tips and press releases to GreenwichRoundup@gmail.com
Posted by Greenwich Roundup at 7/21/2010 02:13:00 PM No comments: