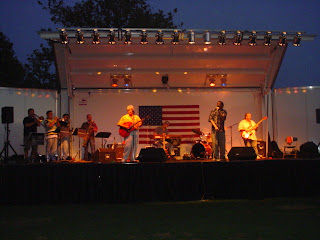 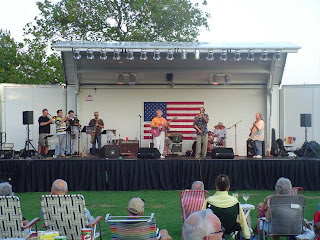 Thanks for all the help.

BILLY AND THE SHOWMAN

TO PERFORM IN THE WEDNESDAY NIGHT CONCERT SERIES

BILLY AND THE SHOWMEN, is a 10 piece R & B Band based out of Greenwich, have thrilled audiences for over 40 years performing throughout the Northeast Region and New York City. During the 70's and 80's they had "double-duty" as the back up band for THE CHIFFONS and most recently became the band behind BILLY VERA during his East Coast performance at "Alive at Five" in Stamford, CT and seen on VH-1 Music TV. If you like Motown and "Soul" music performed by a full rhythm section and driven by a horn section, catch BILLY AND THE SHOWMEN at their next performance, July 15th at Roger Sherman Baldwin Park at 7:30 PM.

Some of the other upcoming Wednesday Night Concerts are: Steve D’Agostino, July 22, playing the best of Sinatra, and Martin, Gunsmoke, July 30, playing country music, and The Bearcats August 5, playing Jazz.

For more information please call the Recreation Office at 622-6478.

The Department of Parks and Recreation announces that Steve D’Agostino will be performing at Roger Sherman Baldwin Park on Wednesday, July 22 from 7:30 PM to 9:00 PM.

Steve D’Agostino has been performing for more than 20 years the songs from The Great American Songbook with an emphasis on the era from Frank Sinatra, Dean Martin, Bobby Darin and Tony Bennett. Steve began his musical training quite young. At the age of 8 he studied guitar and jazz guitar with Tony Perone and Sal Salvador. By the age of 14 Steve was playing guitar with the University of Bridgeport Big Band called Collage under the direction of Gary Riggerio.

Singing began at the age of 16 with his first band called Finesse back in the early 80’s where Steve transitioned from playing guitar to vocalists. Steve’s smooth phrasing on ballads and swinging style has taken him from coast to coast performing in Las Vegas at the Paris Casino Hotel to Mohegan Sun in Uncasville, Ct.

Steve maintains the tradition of this music today adding his own flair without impersonating any of the great artists that came before him. Many say that he sounds like a cross between Sinatra and Darin.

Now is your chance to see this great performer in your own backyard in Greenwich.

Bring your family, a blanket, and a picnic dinner and enjoy a wonderful night of music under the stars.

Other Wednesday night performances are:

For more information please visit our website at www.greenwichct.org, or call 622-7830.