Greenwich Roundup has been missing a good story here, because he has been reporting on Greenwich Con Man Micheal Metter around the clock.
Some folks in town say this lady is being railroaded out of town for protecting her kids?
http://christopherfountain.com/2010/05/12/so-what-happened-to-connie-jones/

Micheal Metter has caused Greenwich Roundup to fall behind in reading Chris Fountain's Blog called "For What Its Worth" over in Riverside. 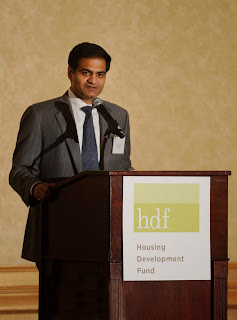 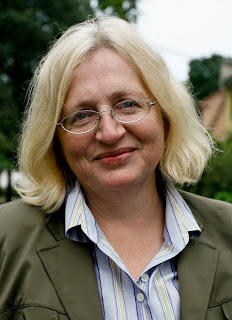 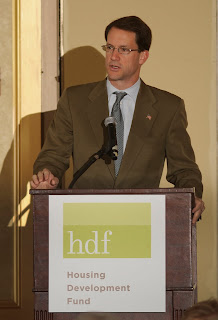 Over the course of 20 years, HDF has helped more than 5000 people become homeowners or residents of quality rental housing by leveraging or directly funding more than $200 million in private sector financing plus an additional $15 million in public subsidies.

Awards were given out and actual homeowners talked about their positive experiences working with HDF in a pre-recorded video.

If you’d like to talk with HDF’s President and CEO Joan Carty regarding affordable housing or foreclosure intervention, or how HDF helps individuals and families achieve their dream, please call me at 203.705.9203 to schedule an interview.

Please find a news release attached and a photograph of Jim Himes. Additional photos from the event are available.

Thank you very much.

P Please join me in making a difference. Think before you print.

I have been visiting various blogs for my term paper research. I have found your blog to be quite useful.
Keep updating your blog with valuable information...
Regards,
Penny

WGCH's Jeff Weber Has Repeatedly Denied That He Was greenwich Con Man Micheal Metter's Right Hand Man Or That He Was The Chief Operations Officer At Map VI Acquisition The Owner Of The Business Talk Radio Network.
But That's Not What He Said In 2005....
"My job is involved with all aspects of this
company. We have other people involved in certain things,
but the bottom line is that I oversee it all.”
- Jeff Weber, Monday, November 7, 2005
This Is From A Three Page Spead In The Radio Industry Publication
Called "Inside Radio"

Never underestimate the importance of networking.
That simple yet fundamental mantra led to a high-power job
for a now 30-year industry veteran - appropriately enough at
the “network” level.
The owner of the two Albany stations Jeff Weber managed
in the mid-1980s was Michael Metter.
When Metter merged with Sage Broadcasting in the late-
1980s, he and Weber went their separate ways, but continued
to stay in touch.
A Chance To Re-Invent
The assumption was they’d eventually collaborate again.
“We had a great working relationship, so I said I hope that would
happen,” Weber recalls. “Michael comes out of Wall Street
and radio was always more of a hobby for him.”
Totally out of the radio business, Metter stayed on Wall
Street and contacted his old associate in May 2002.
“I was about to go on vacation and Michael called, saying he was
looking to re-invent himself,” Weber notes. “Through a mutual
friend, he’d come in contact with people at the BusinessTalk
Radio Network and had a chance to buy a substantial piece
of the [business]. He asked me for some background and
what I knew about network radio in general. He didn’t know
if he was going to do it, but said if he did, he’d have
something for me.”
A message was waiting for Weber as he returned from
vacation to call Metter, who acted on the network opportunity
and needed someone he knew and trusted to run it with him.
“He said I’d have a piece of the company and wanted me to
work alongside him,” remarks Weber, who was installed as
Executive VP on June 15, 2002 – exactly two weeks after
Metter began his role as President/CEO.....
.....Trivia-based music feature “Pop Quiz” also debuted
approximately a year ago and airs on 80 stations. “I do it
because I love it,” Weber succinctly states. “It certainly
doesn’t bring any income to me. I’m the kind of person who
always has to be busy. That’s why I like this job so much.
There’s always something challenging to do. Being able to
do even just a little voice work keeps me going.”
There have been several producers of “Pop Quiz” for writer/
talent Weber. “The producer right now is Mark Weber – my
20-year-old son, who is working part-time at our networks,”
the elder Weber points out. “He’s majoring in Business at
college and really enjoys radio.”.....
....Including on-air talent, some 100 people comprise the
staff of the two networks. “We have a fantastic group of
affiliate sales people, but they can’t do it all, so [I] have
to make sure we’re taking good care of our affiliates,”
Weber notes.....
.....Boredom is the last thing on Weber’s mind. “This is the best
job I’ve ever had,” he enthusiastically proclaims. “I own a
small part of the company, so that’s a nice thing. But the
real key is that I’m not doing the same thing every day.....
Growth Phase
In addition to Business TalkRadio Network and Lifestyle
TalkRadio Network, the company also owns WGCH/
Stamford-Norwalk, CT and operates WLIE/Long Island under
an LMA. “We have an option to buy [WLIE] and hope to
close on it by the end of the year,” Weber remarks. “We’re
also eyeing acquisitions in a couple of other markets and
hopefully, we’ll continue to grow this network.”....
...."I’d probably like to own a couple of FM stations in
a warm climate,” he notes with a grin. “I love the network
side. It’s a [facet] of the business I never really thought
about or thought I’d enjoy as much as I do. Other than
changing transmitter tubes, I’ve done it all.”....
....The onetime upstate New York city councilman would
eventually like to get back into politics. “That will happen
when I’m at that point of my life when I can afford to do it....
.....“Politics and radio are my two greatest
loves. I’ll probably still be working until they start throwing
the dirt on me.”
PLEASE SEE: