10/09/08 READER SUBMITTED COMMENTS: Driver who hit bike rider Or Where is the police report? 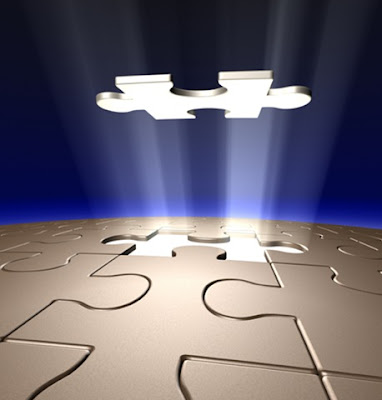 This News Story Of The Joey's Death Seems To Be
Missing A Few Important Details
To the Editor:

I agree, this story seems to be missing a big piece. If it is really under investigation, a police report is done in the first 24 hours. The road was closed down for quite a while. Maybe they were looking at skid marks, which they do to figure out the physics....speed/impact, etc.. Maybe they are looking for drugs or alcohol drivers usually toss out into bushes.

Or maybe the driver is the son of a prominent figure in the area. I recall how much news I heard about an 18 year old of a politician in Stamford last year....allegations of racial and sexual discrimination, even death threats....but that was on the RADIO, not in the Advocate. Then it was all very quiet....

Stick with this story. I get the impression the police cater to some and ignore others. A white jeep? Could it be O.J? Again?

The Complacent Media Culture That Joe Pisani Instilled In The Greenwich Time And Stamford Advocate For 30 Years. Mr. Pisani's Legacy Is A Money Losing And Subscriber Losing Newspaper That Has Reporters That Do Not Have A Fire In Their Belly.

When The Greenwich Time Hires It's Third Editor With In A Year They Need To Hire A Leader Who Will Motivate Greenwich Time Reporters To Go Out And Get The Story And Let The Chips Fall Where They May.

This Is The Only Way We Can Bring Accountability To The Single Family Home Owners Of Greenwich.

Greenwich Roundup And Other Greenwich Blogs Is Almost Like A Greenwich Media Research Project Focusing On The Quality Of The Mainstream News Media In The San Francisco Bay Area.

Greenwich Bloggers And Citizen Journalists Have Been Providing Timely Critiques And In-Depth, Systematic Analyses That Allow ALL Members Of Greenwich Society To Compare Greenwich Newspapers And Local Cable Television Channels And Radio Broadcasts On Equal Footing.

Think Of Greenwich Bloggers And Citizen Journalists As A Kind Of Consumer Reports For Greenwich News.

In The Past Three Decades, Bad Business Values -- Essentially Market Values -- Have Become More And More Prominent In The Greenwich Newsrooms, Which Have Increasingly Become Owned By Large Out Of Town Corporations.

Subtly But Surely, These Market Values Have Redefined What Is News In Greenwich. The Greenwich Time No Longer Shares Journalism’s Ideal Of Maximizing Public Understanding Of Important Controversial Events And Issues. It Has Been Clear That Greenwich Time News Coverage Is Eroding, In Favor Of The Corporate Commercial Goal Of Maximizing Return By Not Upsetting The Apple Cart Of Local Advertisers And Powers That Be.

As A Result, Greenwich Society Is Steadily Losing Access To The Information Necessary For Self-Government. Frank Mazza'a 3 Year 30 Million Dollar Hamilton Avenue School Fiasco Happened In A News Vacuum And Only Was Recently Exposed By Greenwich Bloggers And Citizen Journalists Who Dug In To The Story.

The town's top budget official is demanding that all groups involved in the reconstruction of Hamilton Avenue School begin meeting every week to resolve disputes and push forward with a plan to finish the project.

Board of Estimate and Taxation Chairman Stephen Walko yesterday said he was fearful a breakdown in communication between the architect, engineer, contractor and school's building committee is hampering the project's long-awaited completion.

"This isn't rocket science," Walko said. "There has been a consistent pattern of inconsistent communication between these groups, and we need a formalized process to resolve that."

He has called on project manager PinnacleOne, a Middletown, Conn.-based firm, to begin holding weekly meetings between the groups "to resolve differences of opinion and ensure solutions are not only developed, but implemented."

Walko's demands come amid mounting concerns among parents that the project's completion date could be delayed further if the contractor and building committee do not settle disputes on who is responsible for dealing with a slate of lingering facilities issues at the school.......

Since The Greenwich Media Markets Is Letting Out Of Town Greedy Corporate Culture Shaping The News For Town News Readers, Greenwich Society Has A Chance To Influence The Quality Of The News It Receives.

If Greenwich Newspapers, Radio Stations and Cable TV Channels In Town Were To Gain Or Lose Audience Because Greenwich Residents Could Readily Distinguish Quality And Insist On It, There Would Be A Financial Incentive In Greenwich To Upgrade The News.

Our Job At Greenwich Roundup Is To Acquaint Greenwich Newsreaders With What They Should Be Able To Expect From The Greenwich Time, Greenwich Post And Greenwich Citiizen And Alert Them To The Differences In Quality That may Be Difficult To Evaluate If They Don't Have The Time To Really Study Greenwich News Reports.

We Have Don't Have A Political Ax To Grind, We Have Stronly Supprted The Efforts Of Republican Peter Tesei And Support Democrat Jim "I Am 1o Points Behind" Himes.

Greenwich Roundup Freely Admits That It Has A bias -- That The Primary Purpose Of Greenwich Journalism Should Be To Maximize Town Residents Understanding Of Current Local Issues And Events And Not To Maximize The Returns Of Out Of Town Corporate Owners.