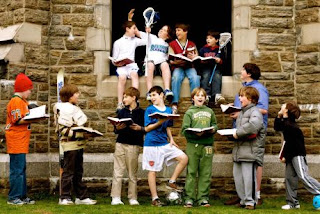 Christ Church invites all boys from third to sixth grade for a morning of free singing and sports starting at 9. Attendees will receive vocal training from Jolle Greenleaf, who works with the men and boys choirs at St. Thomas Fifth Avenue, N.Y., and James Kennerley, director of the men and boys choirs at Christ Church. Members of the Boys Choir at Christ Church will perform a short concert at 12:30 p.m. Vocal sessions will be interspersed with sports breaks and snack. This is a non-religious event. No prior singing experience is necessary. For information, call Linda Austin-Small at 869-6000, ext. 23, or e-mail musicdept@christchurchgreenwich.org.

Please send your comments, news tips and press releases to GreenwichRoundup@gmail.com
Posted by Greenwich Roundup at 4/23/2008 03:44:00 PM No comments: 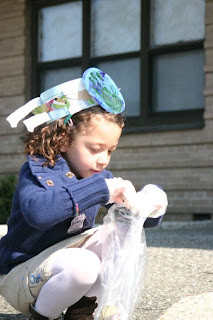 Please send your comments, news tips and press releases to GreenwichRoundup@gmail.com
Posted by Greenwich Roundup at 4/23/2008 01:50:00 PM No comments:

04/23/08 - "What good is a meter if you don't enforce it?" Byram Neighborhood Association President Michael Bocchino 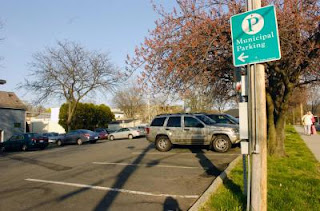 The Byram Neighborhood Association voted unanimously to oppose a $48,000 project in the proposed 2008-2009 capital budget to install meters in lots on Henry and Williams streets.
Byram fights parking meters

Arguing it could worsen parking woes facing Byram merchants and residents, the area's neighborhood association is lobbying against a proposal to put meters in two parking lots....

...The proposed project to meter the lots would split the 110 spaces about equally between eight-hour and two-hour spaces, Corry said.

Corry said additional personnel would be necessary to increase the level of enforcement in Byram, and that meters would make enforcement more simple and efficient.

Currently parking enforcement officers patrolling Byram chalk the tires of cars in regulated spaces, returning later and ticketing those which remain in the spots.

"You come back an hour or two laters to check if they've moved or haven't moved," Corry said. "When you are talking about 100 cars that gets very labor intensive."

If the meters were installed, the additional revenue generated from fees and fines could possibly help pay for an officer to deal exclusively with Byram enforcement, he said.

"It is hard right now to be consistent with enforcement with the people I have," Corry said. "It would mean increasing my staff to have somebody dedicated to that area."

Now Here Is Someone Who Is Able To Think Outside The Box To Solve The Byram Parking Problem - Duh, Let's Develop More Parking

Without additional enforcement, the meters would fall short of breaking parking gridlock, said Kevin Allmashy, owner of Executive Corner Deli on Mill Street, whose customers often complain about the hassle of finding a space....

....Allmashy said he thinks adding an additional 100-space parking deck above the William Street lot which would provide enough spaces to accommodate more businesses and customers in Byram.

"Right now Byram is growing and we have great businesses coming in," he said. "But it won't continue to grow if we don't deal with the parking issue and find more spaces."

Maybe, They Should Make Kevin "Let's Try Something New" Allmashy The President Of The Byram Neighborhood Association.

"There's no reason why we can't restrict this pool from any outside individuals or residents," said Michael Bocchino, president of the Byram Neighborhood Association. In a landmark case decided by state Supreme Court, ...

Its the first step to stopping the activity and quot he said The arrests follows several marijuana busts police have made across town over the past ...
Daves Not Here Man - http://davesnothereman.com 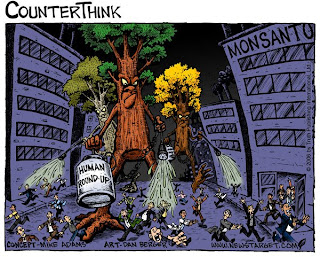 April is Earth Day Month in Greenwich, so the Greenwich Conservation Department has put together a list of many events, this month and next, that are aimed ...

...The list can be found at its Web site at:

For years, Greenwich Academy has been the tennis team to beat in the Fairchester Athletic Association. But if yesterday's match was any indication, ...
GHS golf drives its way past Bruins
Greenwich Time - Greenwich,CT
By David Fierro

Greenwich High School's David Morilla watches the flight of his ball during the Cardinals' 5 1/2-2 1/2 win over Brunswick at Fairview Counry ...

``Stocks are down, and no one wants to buy the front end if the Fed is done,'' said Ian Lyngen, an interest-rate strategist in Greenwich, Connecticut, ...

An off night by the Greenwich High School boys lacrosse team led to its first loss of the season in a battle of unbeatens against Ridgefield. ...

Where: Greenwich Library at Flinn Gallery

The third annual Hands Across the Avenue walk will make its way to and from Richards of Greenwich at 359 Greenwich Ave. on Sunday, starting at 11 am.
thehendri.net - http://www.thehendri.net

(US) Rubins overdosed on heroin, cocaine

The third annual Hands Across the Avenue walk will make its way to and from Richards of Greenwich at 359 Greenwich Ave. on Sunday, starting at 11 a.m.

The United States Coast Guard Auxiliary 2008 elected officers for Flotilla 7-4 (Greenwich, Darien and Stamford) were recently sworn in to office at the Change of Watch dinner.

What's Going On In Town

The Bariatric Support Group for those who have undergone or are considering bariatric surgery meets, 6:30 to 8, Wednesday, April 23, Healthy Living Center; free; 863-4302.

Health for all ages

The Art Society of Old Greenwich focuses on mixed media art with a talk by Susan Baker who demonstrates how she creates her mixed media sculptures, 5 to 7, Friday, April 25, Garden Education Center; open to public; 869-9242.

Please send your comments, news clips and press releases to GreenwichRoundup@gmail.com
Posted by Greenwich Roundup at 4/23/2008 11:23:00 AM No comments: