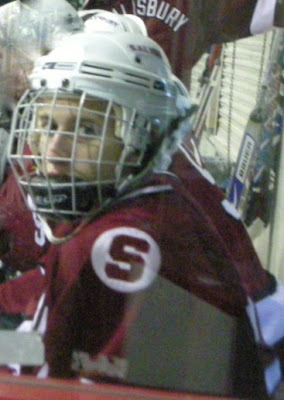 Caught Red Handed:
Shame, Shame, Shame On Dave
Simsbury High School Student And Greenwich Resident Dave Connolly Is Trying To Infect The Computers Of Facebook Users In Town.
The Simsbury Computer Department Should Be Voted Worst In The State By Connecticut Magazine, Because This Cyber Terrorist Wanna Be Has No Computer Skills

Are you some kind of Urban terrorist sending me Facebook and chat messages to go to a nimp.org site.

This wont work, because I run linux.

Why would you want to send me to a nimp.org.net site.

Greenwich Roundup It looks Like Police Commisioner Peter Tesei has a public relations problem with the youth of Greenwich.

Maybe it is time for Greenwich Police Chief David Ridberg to find better away for his officers to approach the youth of our town.

48 Teenagers and yound adults have joined this Facebook group in the last six hours.

Is There An Honor Code For The Simsbury High School Athletic Department ?

UPDATE:
THE GOOD NEWS IS THE GREENWICH TIME
IS FINALLY ON THE STORY 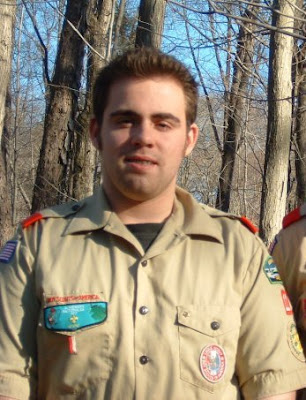 You probably haven't heard of Jonathan Geller.
But you may have read his site. Geller's Boy Genius Report is avidly followed by those obsessed with mobile phones and the companies who make them.

Among those paying attention: Mail.com owner Jay Penske, who has just purchased Geller's three-and-a-half year-old site, which averages around a million visitors per month.

Geller wouldn't tell me what the terms were but said the deal for his company--he's the sole owner, and employs three writers--is worth "multiple millions." If that sounds familiar, it's because we heard similar numbers batted around when Penske bought Finke's one-woman site last summer.

I assume the terms include an upfront payment, equity in Penske's company and payouts triggered by traffic and/or revenue goals, so there's likely a good deal of wiggle room in the deal.

In any case, it's a nice bit of validation for a 23-year-old who never made it to college. Geller dropped out of Greenwich High School in Greenwich, Conn., presumably because he was too busy contributing posts to tech kingpin Engadget. He started his own site in October 2006.

Geller says he's kept his name off his posts and his site because it seemed like a good idea, "for marketing reasons."

He will still keep his name off the site but will be making a few changes under Penske's ownership. Geller is changing the URL to an easier-to-find bgr.com, for instance. And Penske will be bringing his own people to replace Federated Media, which has been handing sales for the site. 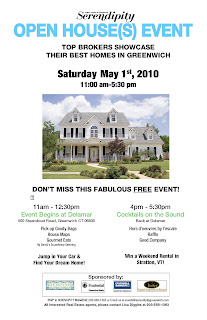 From: Geri Stuttig
Date: Wed, Apr 21, 2010 at 11:47 AM
Subject: This is the flyer for the Serendipty event
To: greenwichroundup@gmail.com

Greenwich News - April 27, 2010
Showers to persist through Wednesday (News Times)
A flood advisory has been posted for the coastline of southwestern Connecticut tonight between 6 and midnight because of two low pressure systems along the mid-Atlantic coastline this morning that are heading in our direction, the National Weather Service says.

Please send your comments, news tips and press releases to GreenwichRoundup@gmail.com
Posted by Greenwich Roundup at 4/27/2010 06:22:00 AM No comments:

None Detected
Please send your comments, news tips and press releases to GreenwichRoundup@gmail.com
Posted by Greenwich Roundup at 4/27/2010 12:29:00 AM No comments: