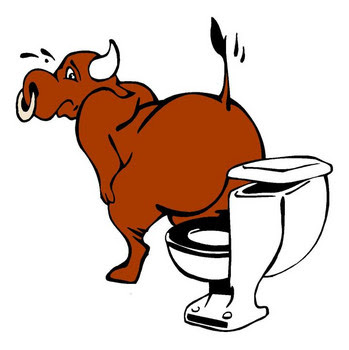 THIS IS B*LL SH*T: SMALL CHILDREN ARE LEFT IN WET MODULAR CLASSROOMS WHILE SAFE AND DRY CLASSROOMS SET EMPTY AT THE "NEW" 31 MILLION HAMILTON AVENUE SCHOOL.

SHAME, SHAME, SHAME ON THE GREENWICH BOARD OF EDUCATION AND ANY ONE ELSE GOING ALONG WITH BETTY'S BULL CRAP

If you feel it is appropriate, I'd like you to forward this message to the

April. Certainly Betty has expressed it clearly, but I would like an

principal and as a human being.

After the last delay in December, I sat down and really thought of all the

building. As the decision to move came closer and closer, I continued to

period for students and staff to become comfortable in this new

environment. As Dr. Cline and I reflected, we realized that there were

to be addressed before we could comfortably move the students and staff.

Although it appeared we could move without this transitional time, we

opportunities for the students and staff to familiarize themselves with

the new building before they were to start.

time the week before last. No one knew how I felt because I hadn't shared

my feelings with anyone except my Assistant Principal. In hindsight I

should have been more forthcoming but I felt a pressure "to get it done,

and "make it happen." So for the first time I expressed to Betty and Dawn,

that I couldn't do it. It was hard to acknowledge and say that I could not

in a weeks time do everything that needed to be done and to do it right. I

to people who were dependent on me and respected me. But with tears in my

and the fact that I felt unable to do a job appropriately. I am a person

expectations for everyone in my building. I knew I couldn't do this move

building before the actual move. The students visited the new building on

two occasions. One with the teachers and once with their parents. Mind

you the modular is one floor in the shape of of T. If you stand at the

child. I developed the procedures before we moved in and shared those

parents and staff. This was almost a year in the planning. This new

building is twice as big; has 2 floors; approximately 12 stairwells; and

many more rooms. Because we did not have a TCO I was not able to get into

the building to begin the planning and developing process.This is why I

need 5 - 6 weeks lead time to get the children in.

My support of the PreK move in Feb. is based on several factors. First,

class. At no time are those children ever let out of their classroom

alone. The four classes are situated all in the same first floor

corridor, right next to an exit and so the issue of safety is alleviated.

for gym) so they do not have to go onto the second floor for any reason.

Lunch will also be served in the classrooms. Dolores Kenny, Deb Cline,

administrative supervision to the building so a supervisor would be in

place. We shared this tentative plan with the Supt. Should the punch list

items, and other factors listed by the Superintendent be adequately

addressed, I would feel comfortable with this small group moving into the

As the building principal, it is my duty and obligation to plan for what I

and staff. While there are some parents who oppose a delay until April, I

do not believe they understand the enormous task ahead. It requires

careful planning. To compare this to the emergency dispersal of the

students to 6 different site, is unjust. These students were sent to

schools with plans and procedures already in place at the host schools. As

you may recall, I canceled all non-classroom programs and staffed every

for any reason. And still there were many items that I and the host

As for the CMT's, these are indeed a factor. The children deserve every

opportunity to do well. I have over 100 students who come to school for

support. They and their parents have worked hard to get to school by 7:15

for the morning programs. To imply that the CMT's are not important is

just wrong. The children and their teachers have worked hard to increase

town. When we were designated a Vanguard School for our significant

improvement, we were so proud and felt that we were rightfully a part of

On a personal note, I have worked hard to create a climate of high

expectations in that building. I still have these and I believe it would

dedicated to for the past 5 years is really not that important. It is

important. These scores reflect our work for our children. While I

understand that the parents may not see the importance of students

performing well on these tests, I am very disappointed that high student

achievement is not as important to them as it should be. We created this

school culture together. I invited the parents to challenge me and the

staff when students did not do well. I asked them to hold me accountable.

children and to the staff.

As to the allegations of illness, there have been no observable increases

in health issues. This is the winter, with students more confined to

their rooms due to the cold weather, germs will spread more frequently.

The modular school is probably the cleanest in the entire district!

concerns. It has not been easy for them either, and I appreciate their

Superintendent for her to consider in her making final decision.

And so here I am just wanting to give you my perspective. Thank you .

THIS LETTER IS FROM THE PRINCIPAL THAT HAS FAILED TO FULLY INFORM HAMILTON AVENUE SCHOOL PARENTS ABOUT MODULAR CLASSROOM LEAKS IN FEBRUARY 2008 AND FEBRUARY 2009.

1/30/09 FAILED SCHOOL ADMINISTRATOR SUSAN WALLERSTIEN HAD BETT0ER WAKE UP: Parents Don't Like Her Plan To Keep Children Out Of New Ham Ave School

Please send your comments to GreenwichRoundup@gmail.com
Posted by Greenwich Roundup at 2/01/2009 11:37:00 AM No comments: Links to this post

First I Got Food Poisoned By Subway

Now I Have The Head And Chest Cold From Hell.

I Will Try To Get Up Newspaper And Blog Links About Greenwich Very Soon.

Plus There Is More News About Greenwich Resident Walter Noel. 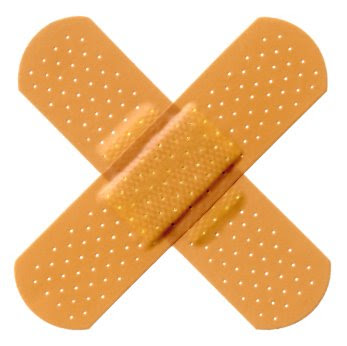 SINGLE FAMILY HOMEOWNERS IN GREENWICH SAY: THIS IS AN UNNECESSARY BAND-AID APPROACH TO GREENWICH POLICING

Greenwich Police Chief Ridberg fells "shot" because of the stress of thee past 18 months.

Ridberg is struggling at the administrative level: Is this a direct threat to public safety?

"Clearly we are looking for the Supreme Court to adjudicate the matter," said First Selectman Peter Tesei. "That would be the most welcomed news I could receive."

Although a new year is here, the police department is still living in the past due to a nearly five-year-old injunction that bars it from filling any of the four vacancies at the top of the chain of command.

Officials said the promotion freeze on all positions above captain has strained the department, overtaxing the chief of police and causing the lieutenants below him to take on new responsibilities in order to shoulder some of the burden.

COMMENTS:
While Greenwich Time Rookie Reporter Debra Friedman Mentions The Following.....
The injunction was effected during the course of a lawsuit filed by Lt. Gary Honulik, who sued the town in 2004 for failing to promote him to police captain even though he scored the highest on the promotional exam.
In 2007, the state Superior Court in Stamford ruled in Honulik's favor, promoting him to captain and demoting Captain Michael Pacewicz back to a lieutenant. Pacewicz had been promoted to the job in 2003 instead of Honulik.
However, the town was granted an expedited appeal of the case by the state Supreme Court, which deemed the matter an issue of public safety.
As a result of the appeal, a judge ruled the injunction would stay in effect until a state Supreme Court ruling. Honulik has remained a lieutenant during the litigation.
Rookie Reporter Friedman Fails To Mention One Key Fact ......
That Former First Selectman Jim Lash And Former Police Chief Walters Added An Extra Step In The Hiring Process When Lt. Gary Honulik Had A Higher Test Score Than The Well Connected Lt. Michael Pacewicz. This Was A violation Of Civil Service Rules.
Virtually everyone in town, except Rookie Reporter Friedman knows that....
Town Attorney John Wayne has wasted scarce taxpayer dollars losing this unnessary lawsuit in the state Superior Court in Stamford and has flushed even more tax dollars down the toilet appealing this case to state Supreme Court.
John Wayne Fox was clearly wrong to advice former First Selectman and Police Commissioner Jim Lash that he could change the rules in middle of the civil service hiring process.
Greenwich Police Chief David Ridberg could relive all of his stress and hire his four Captains And Deputy Chiefs Tommorow If Town Attorney John Wayne Fox Would Admit That He Gave The Town Bad Advice And Drop This Stupid And Expensive Appeal.
Why Didn't Rookie Reporter Debra Friedman Mention That First Selectman Peter Tesei Used To Be Oppossed To Town Attorney John Wayne Fox's Appeal .....
PLEASE SEE:
09/24/07 - Police Department Appeal - Farricker And Tessi Both Say "Forget About It"
HEADLINE:
Candidates want appeal dropped
STORY:
Republican and Democratic nominees for first selectman in this fall's election said challenging a court decision forcing the promotion of a policeman to captain will hurt public safety and cost more than legal fees.....
.....The ruling also directed that Capt. Michael Pacewicz, the man promoted instead of Honulik, be returned to his former rank, with Shay ruling that Pacewicz was promoted illegally.....
.....'I think the situation is a very sad saga for the individuals involved, the Greenwich Police Department, the town, and I don't think we should exhaust further resources appealing the decision,' said Tesei, chairman of the Board of Estimate and Taxation. 'We need to move forward.'
Farricker, a member of the Planning & Zoning Commission, said the appeal would be another in a line of ill-chosen battles, part of a wider pattern of the town aimlessly taking cases to trial when settlement would appear wiser, and alienating employees by disregarding town poliies.
PLEASE ALSO SEE:
1/12/09 A READER AND TOWN HALL INSIDER SUBMITS COMMENTS: Pacewicz pension bump - FUZZY MATH !
12/20/08 Illegally Appointed Captain Michael Pacewicz Milked The Town For All It Was Worth, While Cheating An Officer Out Of What Was Rightly His
05/05/08 - Illegally Appointed Police Captain Michael Pacewicz Has Probably Cost The Single Family Homeowners Of Greenwich One Million Dollars
WHAT RECESSION ?
Did You Notice How Greenwich Slime Rookie Reporter Debra Friedman And Town Officials Failed To Talk About The Unearned Pension Benefits That They Want The Greenwich Retirement Board To Give Illegally Appointed Greenwich Police Captain Michael Pacewicz ?
================================================================
Please send your comments to GreenwichRoundup@gmail.com or click on the comments link at the end of this post.
Posted by Greenwich Roundup at 2/01/2009 02:59:00 AM No comments: Links to this post