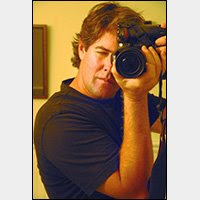 Editor Greenwich Roundup:
Maybe Ex Greenwich Time Photographer John Ferris Robben should stop playing amature pet photographer and start doing his job!!! In order to EDIT NEWS, he might want to try FINDING NEWS . Then he might want to SKIP NEWS which is already printed here, there, and everywhere bcause by the time he prints it, its OLD NEWS. Somehow, LAST WEEKS NEWS, doesn't have the draw that TODAY'S NEWS does.

NOT SOME NEWS half true, or MOSTLY NEWS FROM OTHER TOWNS. Ignore the old expression, "NO NEWS IS GOOD NEWS," bc it doesn't apply to the press.

And finally, why don't you form a Greenwich Photography Club.

Maybe take photos of EVERYTHING you and your incompetent staff fail to report on. Maybe capture some news in pictures for people who can't read, or who don't understand English, or for our Pre School aged Greenwich Children.

You getting any of this?

Maybe buy a decent camera too. And unglue your eye from the lens-you are missing the big picture, sir.

Please send your comments to GreenwichRoundup@gmail.com
Posted by Greenwich Roundup at 11/23/2008 07:18:00 AM No comments: Links to this post 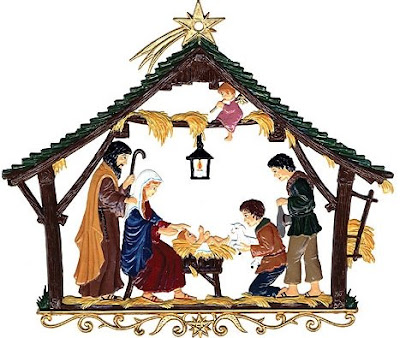 Nativity sets on display
There's no one way to tell a good story. Just take it from Christ Church members Marijane Marks and Kay Langan.
Greenwich residents loaned their cr ches to Christ Church, 254 E. Putnam Ave., for the new exhibit, titled "Follow the Star," which drew an estimated 500 people Thursday through Saturday at the church's parish hall. Money from ticket sales will benefit the parish gift shop.
Ecumenical collectibles on display over the weekend hailed from five continents and dozens of countries, including Mexico, China, France, Germany, Italy and Israel, said Marks, co-manager of the gift shop who helped organized the three-day show.
"It really provides you with a study in cross-cultural anthropology," said Langan, a fellow parishioner and co-organizer. "You get to see how different cultures personalized the (nativity) scene and made it relevant to their own lives, in their own way."

ANOTHER "LOCAL" HARD HITTING EDITORIAL FROM THE GREENWICH TIME EDITORS: Encouraging sign: state exports
There's a small ray of economic sunshine peeking through the fiscal gloom that now shrouds Connecticut.
Amid a rapidly increasing number of housing foreclosures, rising unemployment and declining revenues on the state and local levels, Connecticut's export economy continues to grow.
In fact, new data from the World Institute for Strategic Economic Research at Holyoke Community College indicate that Connecticut's exports abroad increased by 12.6 percent in September from one year ago for the same month.
That increase falls in line with a similar report from the Federal Reserve Bank of Boston that shows Connecticut exports up 12.2 percent for the second quarter of this year.
Connecticut is the second-largest exporting state in New England, surpassed only by Massachusetts.
These latest increases in exports are part of a trend that began earlier this decade for Connecticut, which annually has posted growth in exports, chiefly to Canada, Mexico and several Western European countries including France, Germany and the United Kingdom. ...... Blah ...... Blah ..... Blah ...... Blah ....... Blah ,,,,,,,,

Firing someone has never been easy

Massive firings in the staggering business and banking fields have reached tragic proportions, and the worst part is that it probably isn't anywhere near over.

While our sympathy, naturally, is with the victims, I also think of the burden put on the bosses who have to give the employees the heart-breaking news. Only a sadist could relish that task.
I first encountered the challenge while working as deputy director of the Foreign Operations Administration's information section during the Eisenhower administration.

When an order to cut staff came out, I heard for the first time the dread acronym RIF, which stood for reduction in force. It was a word that sent cold shivers through the ranks of the old-time civil service staffers.

It came down to my office to eliminate one position. Under the rules, this would be the last entry on the staff, a gent with limited but passable qualifications. But he was a decent fellow, married with two kids. I really couldn't bring myself to swing the ax.

Finally, I consulted the civil service rep in my department and asked her what, if anything, I could do. The tough old bureaucrat, who had been quite hostile when I first joined up as a political appointee, said she would handle it if I wish. I wished.

A few days later she sauntered into my office and announced it was taken care of. Sign the separation papers, she advised. I looked perplexed. She smiled. "I got him transferred to Commerce," she said in a matter-of-fact manner.

I realized this maneuver hardly fulfilled the mandate to reduce staff, but I confess I was relieved with the rescue. I also realized it proved, which I'd always suspected, I'd never really make a good executive.

It is clear that Mr. Yudoan And Mr. Pisani never really made a good executives.

That is why the Greenwich Time was such a poor preforming product over the years.

When Ex-Greenwich Time Editor Joe Pisani And A Few Of His Sidekicks Were Fired Last May The Greenwich Time's Online Traffic And Ciculation Shot Up 22%.

In Fact, "Our Greenwich" The Team Blog Staffed By Ex-Low Performing Media Types Is One Of The Poorest Perfrming Blogs In Greenwich.

There Are 13 Year Old Girls In Greenwich Who Have My Space Pages That Get More Readers And Web Traffic Than Ex-Greenwich Time Editor Joe Pisani.

Brian - I may have to ditch that damn web counter. Sitemeter doesn't work on Wordpress despite what they say and I had to discontinue it - it was showing, (with URL addresses to prove it) an average of 550 unique visitors a day, 1400 page views. Wordpress's own stats, available to me as administrator, only counts page views but is showing the same 1500-1600 daily page views, so what gives with "global Search"? I don't know.
Anyway, this link in today's NYT won't hurt. 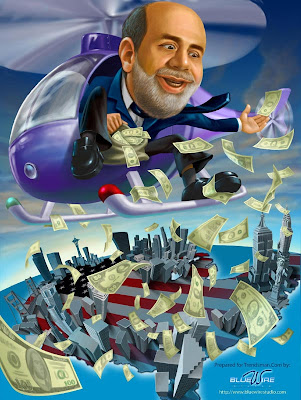 If actions speak louder than words, then the stock-buying activity of certain real estate investment trust executives may be sending a message that certain REITs have been oversold.....

... anytime you see insider buying, when they're not just exercising options,'' said Lou Taylor, an analyst in the Greenwich, Conn., office of Deutsche Bank Securities Inc. of New York. ``There are some incredibly cheap stocks, which have covered ...

.....Angela Thomson, a certified financial planner and principal at Coastal Financial Planning Inc. in Lincoln, R.I., is cautious about REITs despite the insider-buying activity.

``At this point, with my clients, it doesn't make a difference to me,'' she said. ``You don't know that management isn't making a mistake.''

Still, Ms. Thomson said that the insider buying at Public Storage, a self-storage REIT in Glendale, Calif., is the exception. ``People are still moving out of their houses fast and furious because of foreclosures, so I would say Public Storage would probably be a good [buying] opportunity right now,'' she said.


Please send your comments to GreenwichRoundup@gmail.com
Posted by Greenwich Roundup at 11/23/2008 12:42:00 AM No comments: Links to this post

Worse than corrupt, they were stupid
Business Day

Washington DC (or the northwestern section of it, at any rate) is not the place to find it. It is virtually recession-proof, given the high numbers around here who work for government or are involved in lobbying it.....

.....But Greenwich, Connecticut seemed to be a better place to take the weakening pulse of the wealth creators (and latterly destroyers) of the American and world financial markets. One of the wealthiest enclaves in the US, it headquarters the major hedge fund companies and financial service corporations, and is home to some of America’s richest people.

Last Saturday, we approached this gleaming citadel of American capitalism . A friend pointed out two imposing and shiny structures that house UBS Investment Bank’s American trading operations — which boasts the largest trading floor in the world — and the Royal Bank of Scotland (RBS).

Both stand today as monuments to the subprime crisis which has caused them to write down, and write off, tens of billions of dollars of dodgy mortgages and credit default swaps.
RBS has become a state-owned asset of Gordon Brown, and UBS’s fate is even worse: last week a US federal grand jury indicted its head of global wealth management on a slew of charges relating to tax evasion .

Our walk along the main street of Greenwich was even more instructive of what Paul Krugman, winner of this year’s Nobel Prize for Economics, recently termed “the long-feared capitulation of American consumers”.
On this crisp autumnal morning, there were hardly any shoppers around in the chic boutiques and luxury store fronts. We were the only visitors at a luggage store. The shop assistant said the dearth of customers was “soul- destroying”. Greenwich might be the high end of American retail, but the desertion of its stores is now reflected across the board.....
.....The marvel of the US economy is that 60% of its citizens own shares , from Warren Buffett to Joe Six-Pack. But it is now demonstrating the defects of this quality: like its wealth, the misery is now spread about, by no means equally.
“The sage of Nebraska”, as Buffett, America’s wealthiest man, is known, has suffered paper losses of $15,9bn due to the stock market plunge. But he’s still worth an estimated $45,8bn. For most Americans, however, the cushion is far less stuffed and their prosperity far more imperilled.