PAY FOR PLAY IN GREENWICH

LIVES OF GREENWICH RESIDENTS ARE PUT AT RISK FOR POLITICAL REASONS

I am not sure if you are aware of the fact that Peter Tesei has removed you from list of persons who are sent press releases.

The First Selectman was not pleased that you posted the following item in your blog.

The attached press release was sent to the other reporters in town.

Please don't use my name or email address when discussing this.

It has came to my attention that the First Selectman's Office issued a press release at 1:45, but for some reason we were not sent a copy.

Do you know why this happened?

Did you remove us from the First Selectman's press release list?

As Hurricane Irene makes her way to our state, Connecticut Light and Power (CL&P) has opened its Emergency Operations Center (EOC) in Berlin.

About 800 CL&P and contractor line and tree crews are ready to restore power to customers affected by outages. "Our CL&P crews are ready to go to work as soon as it is safe to do so and we have additional support crews beginning to arrive from as far away as Florida, Ohio and Michigan," said Jeff Butler, CL&P president and chief operating officer. "We continue communicating with town and state officials to make sure all of our efforts are coordinated."

“During the height of the storm, we will not have our crews out in the field. Their safety is as important to us as the safety of the public we serve,” said Butler. “Once conditions allow, we will begin responding to 911 calls to de-energize downed wires and make the area safe. At the same time, we will work with town public works crews to clear roads for emergency vehicles and begin restoring power to our customers.”

During the storm, CL&P is encouraging customers to:

For helpful tips and news updates, go to our website at cl-p.com, follow us on Twitter @CTLightandPower and like us at Facebook.com/CTLightandPower. You can also get updates on outages in your town by texting “outage” and your zip code to 24612.

The Connecticut Light and Power Company (CL&P) has been part of everyday life in Connecticut for more than 100 years, providing safe and reliable electric service to homes, neighborhoods and businesses. With 1.2 million customers in 149 cities and towns, CL&P is improving the environments you live in, by offering programs in energy conservation, economic development and environmental stewardship. CL&P is a Northeast Utilities company (NYSE: NU). For more information, please visit www.cl-p.com and follow us on Twitter @CTLightandPower.

08/27/11 Connecticut Light And Power: No Power Cut At Midnight 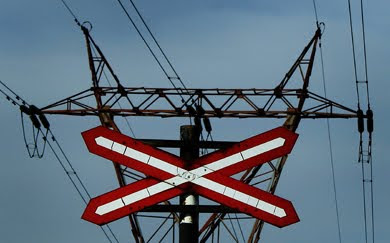 Connecticut's biggest electric company says there's no truth to the rumor they will cut power at midnight because of Hurricane Irene.

Connecticut Light And Power Company spokesman Mitch Gross says talk of a Saturday night power cut is an "ugly rumor" and it's "absolutely not true." He says the company is seeking to calm people who've been affected by it.

Connecticut Light And Power serves 1.2 million customers in 149 of the state's 169 towns, including Greenwich.

Geographically it covers 80 percent of the state.

The company says it has a comprehensive plan to respond to problems caused by Hurricane Irene, which is expected to make landfall in the Greenwich area Sunday morning.

It says all employees are on standby>

The parent company Northeast Utilities is coordinating with companies in Massachusetts and New Hampshire to secure extra crews.

8/27/11 Dumbest Editorial Ever: "Do We Really Need a National Weather Service?" 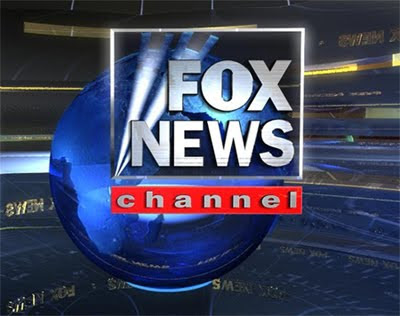 As Hurricane Irene bears down on the East Coast, news stations bombard our televisions with constant updates from the National Hurricane Center.

While Americans ought to prepare for the coming storm, federal dollars need not subsidize their preparations. Although it might sound outrageous, the truth is that the National Hurricane Center and its parent agency, the National Weather Service, are relics from America’s past that have actually outlived their usefulness.

The National Weather Service (NWS) was founded in 1870. Originally, the NWS was not a public information agency. It was a national security agency and placed under the Department of War. The Service’s national security function has long since disappeared, but as agencies often do, however, it stuck around and managed to increase its budget.

Today the NWS justifies itself on public interest grounds. It issues severe weather advisories and hijacks local radio and television stations to get the message out. It presumes that citizens do not pay attention to the weather and so it must force important, perhaps lifesaving, information upon them. A few seconds’ thought reveals how silly this is. The weather might be the subject people care most about on a daily basis. There is a very successful private TV channel dedicated to it, 24 hours a day, as well as any number of phone and PC apps. Americans need not be forced to turn over part of their earnings to support weather reporting......

08/27/11 THE HEARST NEWSPAPERS ARE A JOKE: Greenwich Time Editor David NcCumber Couldn't Be More Hopelessly Clueless If He Tried !!!!!

GREENWICH TIME ARTICLE LISTS EVERY EVACUATION IN FAIRFIELD COUNTY, EXCEPT FOR THE EVACUATION ORDERED BY GREENWICH FIRST SELECTMAN PETER TESEI.....


Many towns and cities have ordered evacuations along the shoreline and inland areas that are low-lying or along streams and rivers as Hurricane Irene approaches.

Here is a list of evacuations. Check back for more information as it is made available.

-Bridgeport: Officials are advising evacuations for residents living in low-lying areas along the shoreline. The University of Bridgeport has moved students to the Pitt Center at Sacred Heart University. Shelters have been established at Bassick and Harding high schools. City officials said they have the ability to open every school as a shelter.

-Derby: Mayor Anthony Staffieri ordered an evacuation of McConnie's Grove Area along the Housatonic River. McGonnie's is directly across the river from The Maples in Shelton.

-Fairfield: As a result, evacuation of residents of the Fairfield Beach neighborhood and other shoreline communities in town has been ordered. Interim First Selectman Michael Tetreau ordered mandatory evacuations to Fairfield Ludlowe High School by noon Sunday.

-Milford: A mandatory evacuation order for streets along the city's shorefront was issued by Mayor James L. Richetelli Jr. The streets include Beach Avenue and lower Merwin Avenue in Woodmont, Hillside Avenue, Point Beach Drive and adjoining streets, including Earle Street, all of the Bayview section, East Broadway, Shell Avenue, Broadway, Park Street, Ann Street, and all of the Laurel Beach neighborhood. The city's shelter has been opened at Jonathan Law High School.

-Shelton: Police and fire officials have asked residents living in the Maples section of the city to leave their homes by 6 p.m. The low-lying, flood-prone section has had many issues with flooding in the past. Authorities said emergency responders may not be able to respond to the area after 6 p.m.

-Stratford: Mayor John Harkins has issued a town-wide, voluntary evacuation order, and stressed that residents of low-lying or flood prone areas should leave. The shelter at Bunnell High School opened at 3 p.m., and shuttle bus will bring people from the South End Community Center to the shelter.

-Stamford: Mayor Michael Pavia has ordered mandatory evacuations along low-lying areas, including Shippan and the Cove. The city's shelter is at Stamford High School.
No evacuations have been ordered as of now in Trumbull or Monroe.
Posted by Greenwich Roundup at 8/27/2011 06:51:00 PM No comments: Links to this post

08/27/11 Greenwich Hurricane Shelters Are Starting To Fill Up

Red Cross officials say that 30 persons have taken went to the shelter at the Western Greenwich Civic Center as of 6:00 pm.

The Red Cross is urging persons to go to the shelters as soon as possible, before the storm gets more intense.

Red Cross officials say that Greenwich residents should NOT be out on the roads during the Storm.

Everyone should be off Greenwich streets before 10 pm tonight.

Residents with special needs should call the Transportation Association of Greenwich at 203-637-4345 for pick-up.

08/27/11 Greenwich Board Of Education Update Regarding Hurricane Irene

To the Greenwich Public Schools Community:

As of today, Saturday, August 27, 2011, Greenwich Public Schools staff is expected to report to work on Monday, August 29, 2011. If the impact of Hurricane Irene requires us to close school buildings on Monday, then any scheduled student activities for that day would also be cancelled.

Please check the GPS web site, your email, and local media on Sunday evening and Monday morning for information on school closings and cancellations.

Please reference the materials available on the Greenwich Town web site as you prepare for this storm; and please take all necessary precautions to remain safe.

Click HERE for the Closing/Delay Notification Protocols and a list of the media outlets notified in case of a closing or delay.

Beginning at 1pm today, Norwalk has issued a MANDATORY evacuations for low-lying coastal areas and OTHER waterways.

They are also doing mandatory evacuations in New York City, shutting mass transit at noon and may have to cut power off in some areas..

I know one Greenwich resident who is a Fox News employee who took the train in this morning but has to take a car service home from work.

Greenwich emergency management officials said from the beginning, your risk potential depends on the track of the storm and its intensity.

That’s why you need to follow the forecasts and town news releases closely.

But everyone will be affected in one way or another.

As the storm approaches, Greenwich First Selectman Peter Tesei and his emergency management officials say it is important for anyone in vulnerable coastal areas to make plans to get out.

If you are in the path of the storm, and in an area of town with lots of trees, you are in potential danger, too. You will likely lose power and will be unable to leave your home for hours—or even days, in some places—due to downed trees.

This storm is being compared to Hurricane Ike (a Category Two storm at landfall), which hit Galveston, Texas in 2008.

The storm surge there nearly wiped-out the barrier island community of Boliver.

Some others mention Hurricane Wilma. She came ashore as a Category Two storm, as well, and ravaged South Florida in 2005.

People lined up for gasoline, propane and ice. Power was out for weeks, in some areas after the storm.

Other areas had lesser impacts, of course.

Today say a little prayer that no one loses his or her life in this dangerous storm that is headed for Greenwich. And reach out to your neighbors who maybe elderly, disabled or alone for any reason.

You are your brother's keeper.