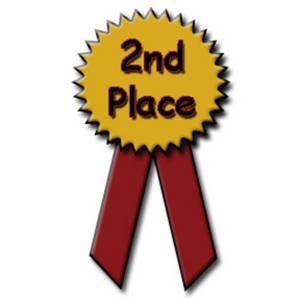 THINGS ARE GETTING BETTER FOR TRICKY DICK ....

Connecticut Attorney General Dick Blumenthal has just been rated the second-worst state attorney general in America by the Competitive Enterprise Institute in its recent study, The Nation’s Worst State Attorneys General. If the ratings had considered only lawsuit abuse, he would have been ranked #1. (In the 2007 ratingsof the The Nation’s Top Ten Worst State Attorneys General, Blumenthal was rated the #1 worst attorney general in America. Blumenthal hasn’t gotten any better since then, but the competition has gotten fiercer.)

Yesterday, legal commentator Walter Olson (who runs Overlawyered, the world’s oldest law blog, which federal courts have cited) linked to a draft of the study showing Blumenthal being rated as #3, just behind Oklahoma’s Drew Edmondson. Olson humorously noted that “at only #3, Connecticut’s Richard Blumenthal demands a recount.”

In a sense, Blumenthal now has his recount. Additional information about Blumenthal, such as his mistreatment of small-business owners, pushed Blumenthal ahead of Edmondson in a photo finish, leaving Blumenthal at #2, and Edmondson close behind at #3.

All three of these state attorneys general got an “F” in each of the four judging criteria — (1) ethical breaches and selective application of the law, (2) fabricating law, (3) usurping legislative powers and (4) predatory practices.

The next three state attorneys general in the list of worst state attorneys general — Rhode Island’s Patrick Lynch, West Virginia’s Darrell McGraw, and Vermont’s William Sorrell — fared slightly better. Although they, too, received dismal marks, they each got at least one grade that was not an “F”. (Vermont Attorney General William Sorrell even got a “C” alongside his two Fs and one “D.” These lenient marks triggered a protest from a Vermont think tank, which e-mailed me this morning to say that CEI “must have some kind of soft spot for Sorrell. . . he ought to be tied for worst.”)

Tom Foley will start running a new television commercial this evening.
The ad, titled "Vision" discusses his detailed plan to bring back jobs.

Foley's web biography (Since updated) touted his success at Bibb Company. An upbeat campaign biography released in 2009 puts his Bibb years in this context: "Tom's record in business is impressive. His primary operating companies, The Bibb Company, T.B. Woods, Inc., and Stevens Aviation, each more than doubled in revenues and each expanded employment by more than fifty percent while under Tom's leadership," said one of his campaign biographies. ("Foley Campaign Material Glosses Over Company's Failure In 1990s", Hartford Courant, 5/21/10)

FACT: Under His Leadership Bibb Company Slashed Jobs While Foley Lined His Pockets

Even Before Foley's Buyout Of Bibb Closed, He'd Struck A Deal To Cut The Payroll By 1,000 Workers. "Even before the buyout closed in October 1985, Foley struck a deal to sell Bibb's unprofitable carpet yarn division for $11.5 million; that lopped the payroll by about 1,000." (Forbes, 9/5/88)

As Bibb Co Continued to struggle and cut jobs, Foley continued to collect massive "management fees." Foley's Greenwich-based holding company, the NTC Group, collected management fees from Bibb of $4 million each year from 1992 to 1994, then $3.4 million in 1995, even as Bibb struggled and began losing money in 1994, according to filings with the U.S. Securities and Exchange Commission. He estimates he personally collected about 20 percent of those fees. ("Foley Campaign Material Glosses Over Company's Failure In 1990s", Hartford Courant, 5/21/10)

MYTH: Tom Foley claims the failure of the Bibb Company, formerly the nation's largest textile mill " wasn't something you can put on my plate."

Foley tells WTNH's Mark Davis: "It was closed long after I was no longer involved with the company, so that wasn't something you can put on my plate." ("Fedele and Foley spar over campaign financing", WTNH News Channel 8, 6/15/08, VIDEO)

FACT: Foley Slashed Jobs, Drove Bibb Company Into Bankruptcy, And Was Forced Out As CEO.

As Chairman And CEO, Foley Drove Bibb Company, Once The Nation's Largest Textile Mill, Into Bankruptcy. "In 1996, Bibb Manufacturing was bleeding red ink, forcing it to file for Chapter 11 bankruptcy protection from its creditors." (Columbus Ledger-Enquirer, 12/6/00).

Foley Was Forced Out As Chairman And CEO As Part Of Bibb's Restructuring Agreement And His Stake In The Company Went From Over 90 Percent To Less Than 5 Percent. "The Bibb Co. has filed its Chapter 11 petition, as expected, with a reorganization plan already worked out. ... Under the agreement, Foley will bow out of both posts and will hold less than a 5 percent stake in the company once the reorganizing is complete. He currently holds more than 90 percent of the company." (Home Furnishings News, 7/15/96)

The history of Bibb continued until 1998 when they were bought by Dan River for 16.50 a share. By 2004 Dan River was in the OTC pinksheets and its $750 million dollars in revenues were down to under $100 million. It finally went bankrupt in 2008 with several Pakistani and Indian companies suing.

Of interest. Tracking the losses in Bibb and who made and lost what including the various .

ONE THING WE KNOW FOR SURE IS THAT

Please send your comments, news tips and press releases to GreenwichRoundup@gmail.com
Posted by Greenwich Roundup at 7/22/2010 10:18:00 AM No comments: Links to this post