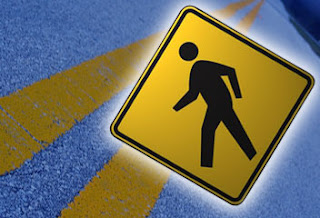 A town woman was struck and killed by a garbage truck on Havemeyer Place early this morning as she walked across a driveway heading towards Greenwich Avenue, police said.
Posted by Greenwich Roundup at 1/31/2008 04:40:00 PM No comments: Links to this post 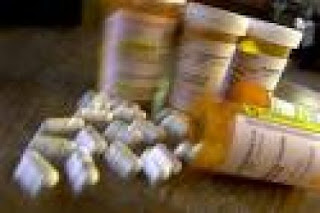 Greenwich doctor’s death tied to drugs, arrest made
Greenwich Post - Greenwich,CT,USA
A Stamford man is under arrest after what police are calling the drug-related death of former Greenwich Hospital plastic surgeon Ian Rubins. ...

Arrest made in connection with body found in Greenwich
Stamford Advocate - Stamford,CT,USA
By Martin B. Cassidy GREENWICH - Police have charged a Bridgeport man with plotting to kill a 49-year-old Bronx, NY, resident found shot to death on a ...

Wreckers Upset Greenwich, 71-65
Westport-News - Westport,CT,USA
The Staples High boys basketball team, who entered Friday's home game as a 20-point underdog to Greenwich High, had no business jumping out to a 19-point ...

Greenwich sets goals to go green
Greenwich Post - Greenwich,CT,USA
Making good on her campaign pledge to focus on the “green” in Greenwich, Selectwoman Lin Lavery officially announced the formation of the town’s ...

Greenwich family sues town, pool maker after son drowns
Greenwich Post - Greenwich,CT,USA
The parents of a Greenwich boy who drowned last year after his arm became caught in a swimming pool suction drain are suing the pool maker and the town. ...

DNA of Leadership
The Library and the YWCA of Greenwich co-sponsor the program. Glaser is an executive coach and CEO/President of Benchmark Communications, Inc. Free and open to the public. Reservations not required.
Greenwich Library | Today's Events - http://www.greenwichlibrary.org

Police Make Arrest In Greenwich Investigation
Investigators said police agencies as far away as Washington DC have helped with the investigation.
- http://video.wnbc.com/player/?id=0 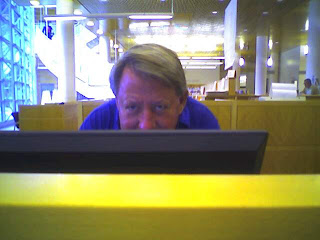 Bill Clark Hard At Work In The Greenwich Library

Well, not exactly, but you can be the first to walk down Greenwich Avenue with a bright green MaveFave button. Actually, you can't, inasmuch as your scribe has already ordered his, and thus expects to be the first. He will wear it with pride to all his book signings and other literary events, and thereby look to start a fashion trend among the literati of Greenwich.

For those who wish to order a similar fashion accessory, you may visit this link. Be the first on your block to own a piece of official MaveGear or Mavenabilia!