1/28/09 I Spoke To Hearst Corporate Lawyer Ravi Sitwalla Today, It Looks Like We Have An Understanding, But Some Still Have Their Panties In A Bunch YOU WONT READ THIS IN THE GREENWICH TIME:

GREENWICH,CT—According to the Greenwich police department, a pair of Thin Skinned Greenwich Time Editor Bruce Hunter's panties was discovered Monday bound up in a bunch and badly in need of loosening. "
After looking at Hunter's panties it was clear that Mr. Hunter obviously needs to relax.," Greenwich police chief David Ridberg said.
Failure to chill out, Ridberg said, is the number one reason that Hearst Newspapers can get sued for using harassment tactics to silence the free speech rights of a blogger that criticized the performance one of their newspapers.
Ridberg further said,"It is clear that there is a connection between Mr, Hunter's panty -bunching incident and Greenwich Roundup's many criticisms of Hunter's job performance at the Greenwich Time.

"Raja Petra Kamarudin, a Malaysian blogger, is in court under the Internal Security Act, under which he can be detained indefinitely. He is well known for his commentary on the Malaysian government, and was arrested after a piece on the murder of a Mongolian woman, who was allegedly killed by two policeman and an associate of the deputy prime minister." 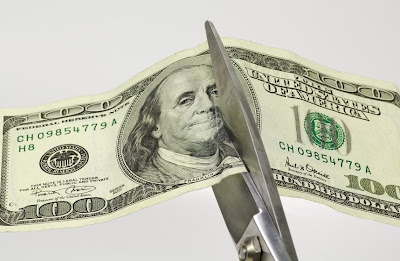 I question the mind set of the Board of Education whose budget cuts the elementary-school study coaches. This particular cut will undermine one of the most important initiatives that this board has undertaken, namely that of staffing our schools with highly qualified teachers, which is known to be the single most important classroom resource.

The study coaches enable a school's teachers to develop models of educational delivery that are at once diversified, therefore able to reach students at many levels; comprehensive, thus able to encompass the educational teaching strand from a multi-year perspective; and an aid the teacher in developing introspection and problem-solving skills. This is a professional-development initiative dedicated to effective instructional practices with immediate, school-based feedback, not an assessment of skills such as done by the school principal when evaluating a teacher.

This cut negatively impacts a system already struggling with consistently weak standardized-test scores. As all higher learning is based on the acquisition of a sound base in the "Three R's" during the elementary years, any cuts impacting the delivery of elementary school education would impact yet another generation of Greenwich graduates.