Please send your comments, news tips and press releases to GreenwichRoundup@gmail.com
Posted by Greenwich Roundup at 10/10/2011 10:07:00 PM No comments: Links to this post

Please send your comments, news tips and press releases to GreenwichRoundup@gmail.com
Posted by Greenwich Roundup at 10/10/2011 10:06:00 PM No comments: Links to this post

Please send your comments, news tips and press releases to GreenwichRoundup@gmail.com
Posted by Greenwich Roundup at 10/10/2011 07:57:00 AM No comments: Links to this post

10/10/11 Fairfield County Traffic Ranks Among Worst in U.S. And More News In The Daily Greenwich

Cos Cob News From The Topix News Editor - Cos Cob Proud 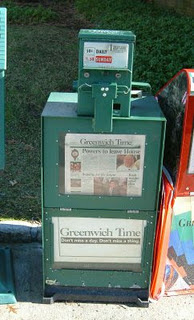 This simple answer is... 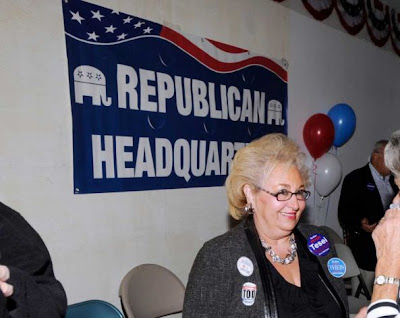 The Full Answer Is A Bit More Complicated ......

On Person Commented About This Article

How could an Orthodox Jew that became a born again Christian be talking about people not having balls or something, and talking about kicking people's a**?.

First of all, I don't regard the Hearst Corporation or The Greenwich Time as people, but there are some extreamist TEA Party lunitics who would argue that I am wrong and corporations are just like people.

Greenwich Roundup often tries and use headlines to push a story through the clutter of news.

Probably Greenwich Roundup should try and be more gentile, but there is a little bit of history between him and the Greenwich Time.

I am not sure what to use instead of "Journalistic Balls", but Greenwich Roundup will try and come up with something.

There was a time when the Greenwich Time left me to hang out to dry.

Since then Greenwich Roundup has occasionally tried to repay the kindness.

The Greenwich Time has attempted to retaliate with a Jim Zebora Editorial, Hearst Corporate Lawyers, a Niel Vidgor hit piece and a Collin Gustafson blog post.

But Greenwich doesn't have to worry, this is a self correcting problem.

Greenwich Roundup doesn't think the money losing Greenwich Time website and newspaper is going to be around much longer.

It is not just Greenwich Roundup, that the Greenwich Time treats poorly.

Just look how the Greenwich Time gives popular Town Of Greenwich Town Clerk Carmella Budkins gets a free pass when she says,"Forget about the democratic process, I am not debating Stephen Ng."

Finley Peter Dunne said it best,"The duty of a newspaper to comfort the afflicted and afflict the comfortable"

Carmella Budkins is so comfortable that the Greenwich Time will stand down when she refused even to debate for only 15 minutes.

The problem is that if the Greenwich Time reporter pushes the issue, they just might be filling out a lot of FOI forms in the Town Clerk's officeand waiting five business days for every piece of information they request.

It is in my Jewish DNA to Champion the underdog.

There is a reason that Jews founded the NAACP and the ACLU.

When idiotic Neo-Nazi want to march through a Jewish neighborhood, it was Jews who stepped forward to defend the rights of Neo-Nazis to act like morons.

Greenwich Roundup read this week about Chinese culture. According to the article, the Chinese do not root for the underdog. To them an underdog victory is distressing because it represents a disturbance of the order in the world.

Many of us find the source of our passion for the underdog in the prophets, and throughout the Bible.

That passion is so powerful and has become so deeply engrained that it affects all of our society.

Even secularists who have no belief in God or understanding of the Bible catch the reflected light of what the Word reveals when they find themselves rooting for the underdog.

That's why when the Greenwich Time ignores the under dog, it Greenwich Round's job to point this out in the strongest possible terms.

God’s soft spot for the underdog is one of the fundamental themes of the Bible. In Amos, we read, “Hear this, you that trample on the needy, and bring to ruin the poor of the land, buying the poor for silver and the needy for a pair of sandals. The Lord has sworn by the pride of Jacob: Surely I will never forget any of your deeds.”

This theme occurs again and again throughout the Bible. I, the Lord your God, stand with the underdog.

If Greenwich Roundup wants to stand in proper relationship to your world and God, then he has to stand with the underdog, too.

The prophets were constantly called by God to remind people that God’s vision for the world calls them to stand up for the powerless, the abused, the oppressed. We are repeatedly told to remember the widow and the orphan. Take care of the stranger. Tend to the poor and the needy. In the Sermon on the Mount, Jesus says, Blessed are the meek, the persecuted, the poor in spirit, for theirs in the kingdom of heaven.

Why does God have such a soft spot for the underdog?

The writings of the Bible reveal that God has two main characteristics: love and justice.

God's love cannot help but favor the underdog, because genuine love always flows to where it is most needed.

Genuine love is not something to be invested in those people who can best return it; it simply flows to where it is most needed. And the underdog is the one most in need of love.

Similarly, a God's justice cannot help but favor the underdog, because justice is about leveling the playing field so that all have an equal chance to share in the gifts of creation.

Leveling the playing field means that the high places are brought down and the low places are lifted up.

Underdogs live in the low places. By definition, then, justice means championing the underdog.

When Jewish men spoke of injustice, the speech was not always civil and gentile.

Here is a little piece of Jewish poetry written by Jeremiah in a cave outside the Damascus gate.

"The wicked do not plead the cause, the cause of the orphan, that they may prosper; and they do not defend the rights of the poor. Shall I not punish these people?" declares the LORD. "On such a nation as this, shall I not avenge myself?"

And that's the civil and gentile part.

19 Yet she became more and more promiscuous as she recalled the days of her youth, when she was a prostitute in Egypt. 20 There she lusted after her lovers, whose genitals were like those of donkeys and whose emission was like that of horses. 21 So you longed for the lewdness of your youth, when in Egypt your bosom was caressed and your young breasts fondled.

You Don't Hear Those Verses From The Pulpit Much.

27 Her officials within her are like wolves tearing their prey; they shed blood and kill people to make unjust gain. 28 Her prophets whitewash these deeds for them by false visions and lying divinations. They say, ‘This is what the Sovereign LORD says’—when the LORD has not spoken. 29 The people of the land practice extortion and commit robbery; they oppress the poor and needy and mistreat the foreigner, denying them justice.

30 “I looked for someone among them who would build up the wall and stand before me in the gap on behalf of the land so I would not have to destroy it, but I found no one. 31 So I will pour out my wrath on them and consume them with my fiery anger, bringing down on their own heads all they have done, declares the Sovereign LORD.

That passage sounds so relevant in America today.

The Greenwich Time has had five or six editors over the last seven or so years or so, and none of these editors have tried to give the town's underdogs a fair and equal shot on the news gathering playing field.

If the Greenwich time started giving the towns underdogs an equal shot their financial problems would turn around overnight and they would have the towns most trafficked website.

The fools at they Greenwich Time are sitting on a million dollar platform and they are wasting it, by running town hall press through the spell checker, before hitting the publish button. No wonder they have so little web traffic.

The Town of Greenwich can't pass No Child Left Behind standards, because the Greenwich Time favored Board of Education press releases over parents and taxpayers.

Just understand that some Jewish-Americans like Greenwich Roundup, might look at the world a bit differently than an Italian, Hispanic or Chinese American.

The Blood and DNA of Abraham, Isac and Jacob through my veins.

And when Jews went to war or had a dispute it usually was not very pretty.

But a poor homeless Jew who only owned a robe and never went to college, never wrote a book, and never had a family would pick up bull whip and clear a temple and change the world forever....

On Judgement Day Greenwich Roundup Thinks That God Is Not Going To Be Concerned About Your Good Manners And People Who Minded Their P's And Q's.

God Is Going To Want To Know If You Sought Justice And Steeped In To The Void To Help The Underdog.

The Sheep and the Goats

31 “When the Son of Man comes in his glory, and all the angels with him, he will sit on his glorious throne. 32 All the nations will be gathered before him, and he will separate the people one from another as a shepherd separates the sheep from the goats. 33 He will put the sheep on his right and the goats on his left.

34 “Then the King will say to those on his right, ‘Come, you who are blessed by my Father; take your inheritance, the kingdom prepared for you since the creation of the world. 35 For I was hungry and you gave me something to eat, I was thirsty and you gave me something to drink, I was a stranger and you invited me in, 36 I needed clothes and you clothed me, I was sick and you looked after me, I was in prison and you came to visit me.’

40 “The King will reply, ‘Truly I tell you, whatever you did for one of the least of these brothers and sisters of mine, you did for me.’

44 “They also will answer, ‘Lord, when did we see you hungry or thirsty or a stranger or needing clothes or sick or in prison, and did not help you?’

46 “Then they will go away to eternal punishment, but the righteous to eternal life.”