Please send your comments, news tips and press releases to GreenwichRoundup@gmail.com
Posted by Greenwich Roundup at 8/20/2010 08:10:00 PM No comments: Links to this post 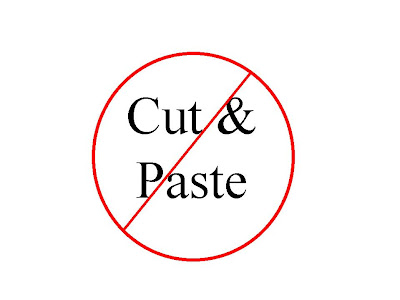 I'm contacting you because I found your article about your local politician
being plagiarised very interesting, though more directly, you're also the
top google result for "hearst plagiarism" which I'm currently researching.

Before I get ahead of myself, I should introduce myself. I'm a musician who
has recently released a CD and my release notes from my website were pulled,
word for word, without permission or attribution, straight from my site for
use in one of those "such-and-such is a columnist for xyz paper and can be
reached at <email>" closing statements. It wasn't the CT Post, but the SF
Chronicle, another Hearst publication.

For your own comparison, if you want to see anyway:
http://www.sfgate.com/cgi-bin/article.cgi?f=/c/a/2010/08/11/DDI31ERCLB.DTL
http://inversephase.bandcamp.com/album/retrocovered

The text is at the bottom of each; their article and my album notes. It's
not a particularly amazing paragraph, maybe it even comes off as slightly
insane, but it caters to my audience and what matters to me is I wrote it.

I don't really share the campaign writer's fury. I am becoming increasingly
upset that Hearst will do nothing about it, though. I have been in direct
contact with the writer and editor that could make the changes. The editor
said he would do something about it. Although the conversation was short, he
did get the article in question, my name, and my email address, after I
stopped him from hanging up several times to say, "don't you need XYZ?"

As for the writer, he's been extremely non-committal about the matter. He
did apologise but says he's never received a complaint after doing what he
did in 1400 other articles -- some of them are lyrics from songs, others
from famous literature -- and while he doesn't state his intentions
outright, it's pretty clear he isn't going to stop doing this any time soon.
He says he has no "policy" of crediting snippets and needs to "think about
it" some. I assume he meant some uniform way to attribute, but who knows?

To be perfectly honest, I don't really feel like my permission is required
in my specific situation, if attribution is provided. Though it certainly
would have been nice to be contacted, at least a link can show individuals
where the quote came from. Which your line "give credit where it's due"
certainly rings true as it has in the past.

My simple request was that "[snippet: Inverse Phase]" with my name linking
to my album be placed immediately after the snippet. It's been over a week
since I've talked to anyone at the paper and I sent another email to the
writer today asking why I haven't heard back and nothing has been done. It's
not like I asked for MLA-approved footnotes and a bibliography.

I plan to make a little bit of noise about this online (including calling
them) until they do something about it. If you'd like to use my information
for a story, just let me know.
--
Inverse Phase
http://inversephase.bandcamp.com/

It Looks Like Journalistic Standards And Ethics Have Suffered Under The Leadership Of Hearst Newspaper President Steven Swartz.

If Your Claim Is Accurate, And I Have No Reason To Doubt You, Then You May Be Entitled To Damages, Because The Hearst Corporation Is Using Your Work As A Tag Line.

If You Put It Up On The Web First And It Was Later Stolen By Hearst And Put On The Web, Then There Are Server Logs That Will Document The Theft.

You Could Get Copies Of Hearst Server Logs And Any Internal Information About Your Complaint During The Discovery Phase Of A Lawsuit Against The Hearst Corporation.

From Your Description I Could Not Figure Out Exactly What The Heart Newspapers Stole From You, But I Am Not A Lawyer.

I Did See That You Added The Following At The Bottom Of Your Web Pages.

"Please attribute Inverse Phase and the original artist with a link if you use a track for anything."

Thanks To The Internet, It Is Easy For Hearst Newspaper Employee's To Find And Copy Your Content.

But Also Thanks To Search Engines, You Can—And Will—Find Out If Theft Has Occurred.

Personally, I Would Suggest That You Should Have No Qualms About Linking Back To The Plagiarism at The SF Gate .

After all, it is only fair to give credit where it’s due.

Plus, This Will Prevent San Francisco Chronicle Ward H. Bushee From Saying That,"We Don't RECALL Hearing A Complaint And Were Never Notified Of Any Alleged Plagiarism"

You Should Take Your Complaint To A Member Of The California bar Association.

If The Material In Question Is Not In The Public Domain And Truly Your Own You Will Not Have To Pay A Dime For Legal Representation, Because Lawyer Will Line Up To Sue The Asset Rich Hearst Corporation.

The Bad News Is That A Wacky Judge Just Might Award You With The Money Losing San Francisco Chronicle.

I have more Than A Few Beef's With Hearst Newspaper Editors Who Have Attacked And Put Hearst Corporate Lawyer On My Tail For Exercising My First Amendment Free Speech Rights To Critique The Very Same Hearst Editors.

I Even Had An Attorney Approach Me When Ex-Hearst Newspaper Editor Bruce Hunter Had Hearst Corporate Lawyer Ravi Sitwalla Bothering Me.

However, I Did Not Pursue The Hearst Corporation For Two Reasons.

#1 I Was Getting Loads Of Web Traffic Reporting On Each And Every Threatening Letter And Phone Call The Buffoons At The Hearst Corporation Sent Me.

SLAPP Lawsuit (Strategic lawsuit against public participation) Against Me.

#2 I Did Not Counter Sue Hearst, Because I Was Afraid That A Judge Would Award Me The Green Kitty Liter Liner, Formerly Known As The, Money Losing Greenwich Time.

I Wish You Luck With The Editors At The San Francisco Chronicle And Would Encourage You To Expose Any Plagiarism By Writers There.

I Am Glad To See That Greenwich Roundup Is The Number One Google Result For Hearst Newspaper Plagiarism.

Then Maybe The Himes / Hearst Newspaper Plagiarism Scandal Will Be The Number One Google Result For Searches About Jim Himes.

This Just In To The Greenwich Roundup Newsroom .....
First Niagara expanding into Connecticut (Journal-Register)
The First Niagara Financial Group is moving east into New England after announcing Thursday it would be merge with Connecticut-based NewAlliance Bancshares.
Art Trail by Rail lures visitors with creative deals (Connecticut Post)
Greenwich's Bruce Museum, one of 15 museums and historic sites on the Connecticut Art Trail, is one of three sites that feature a special 'Art Trail by Rail,' package.
Selectmen OK land conveyance from Greenwich Country Day (Connecticut Post)
Greenwich Country Day School agreed Thursday to part with a sliver of land at Old Church and Fairfield roads to facilitate improvements to the intersection there, including the widening of the street.
Dry spell prompts Rell to urge water conservation (Connecticut Post)
A dried shore line at Putnam Lake, Greenwich, one of the reservoirs serving the Town of Greenwich, is a sign of the drought which Greenwich and the region are experiencing.
Air quality alert posted for region (News Times)
An air quality alert has been posted for southern Fairfield and New Haven counties for Thursday by the National Weather Service , as surface ozone levels are expected to exceed unhealthy standards.
Please send your comments, news tips and press releases to GreenwichRoundup@gmail.com