09/22/11 Introducing Town Residents To Ideas Not Yet Imagined, Issues Not Yet Confronted, Viewpoints Not Yet Expressed And To Articles Not Yet Written

Greenwich Roundup's daily aggregation of press releases, reports, and other news items from the web pages of 2,300 federal agencies, Capitol Hill offices, and interest groups (including thinktanks and watchdog organizations) of every imaginable purpose and persuasion.

Items that implicate a public policy issue are selected for the report without consideration of the viewpoints they express. No litmus test—partisan, ideological, theological or otherwise—is applied to the selection of news items.

Greenwich Roundup's daily reports consistently introduce town residents to ideas not yet imagined, issues not yet confronted, viewpoints not yet expressed and—most importantly—to articles not yet written.

When you talk through a storm. The Federal Communications Commissionand the Federal Emergency Management Agency co-wrote a how-to guide for finding and communicating with family members during and after a natural disaster. Among other things, the agencies say it is much better to use Facebook and Twitter than to clog up the 911 emergency system. The list includes tips that are often overlooked when preparing for a disaster.

Palestine backgrounders. The Congressional Research Service released a pair of reports at the end of last month that provides Congress with background information about U.S. relations with Palestine, and the foreign aid that the U.S. has provided to Palestine. Note: CRS reports are not distributed to the public or the news media.

Please send your comments, news tips and press releases to GreenwichRoundup@gmail.com
Posted by Greenwich Roundup at 9/21/2011 10:07:00 PM No comments:

Please send your comments, news tips and press releases to GreenwichRoundup@gmail.com
Posted by Greenwich Roundup at 9/21/2011 10:06:00 PM No comments:

A Brooklyn, N.Y., man used a counterfeit credit card in an attempt to buy a $30,000 Rolex watch from Betteridge Jewelers Tuesday afternoon.

The man had presented an HSBC credit card along with a New Jersey driver's licence in the name of John Neill, in the attempt to buy the $30,665 watch.

The Greenwich Police Department says the credit card is a counterfeit and the man's driver's licence was also a forgery. 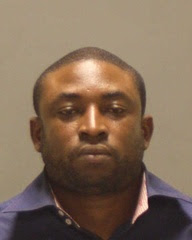 Investigators say the two cards he was trying to use didn't process and the security holograms on them didn't seem right.

They say he also had a fake Illinois license.

Attipoe is being held on $50,000 bond and is due in court later this month.

09/21/11 Brave Women And Men Are Standing In Harm's Way In Afghanistan And Iraq, Facing Bullets, And Budkins Can't Stand In A Room & Answer Questions 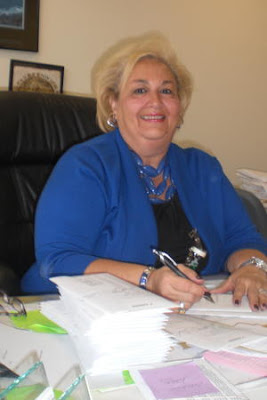 THE DEBATE ABOUT THE DEBATES IN GREENWICH
I always have like debates.

If the Greenwich Town Clerk Carmella Budkins can't handle a simple interaction with the opponent, how is she they going to handle the continued pressures of office?"

Maybe Ms. Budkins has been there a bit too long.

Greenwich residents deserve the direct, face-to-face confrontation on the issues that a local serious debate provides.

We've got women and men, like my son, standing in harm's way in Afghanistan and Iraq, facing bullets and land mines, and Ms. Budkins certainly can stand in a room and answer questions and discuss the issues.

I am sorry but this is wrong on so many levels.

First Selectman Peter Tesei has always received kudos from both sides of the aisle for his willingness to always engage with the opposition during an election.

Personally, I would advised Greenwich Town Clerk Carmella Budkis to get out of this debate over debates and join the nonpartisan political forums that focus on the issues Greenwich that voters are really concerned about.

Carmella whole attitude has became has stupid political move that hurts the Republican party, because she has caused voter to focus on her campaign tactics.

The Town Clerks race has became a meta-campaign -- a campaign about the campaign -- and that's never good for the town of Greenwich or the local Republican party.

Ms. Budkins should want her campaign to be about the voters.

Greenwich homeowners deserve a full and frank airing of the issues.

Everyone is asking,"Why is Ms. Budkins afraid to debate Mr. Ng.

Mr. Ng has focused on how to make the town clerks office more efficient and transparent.

Personally, I do not that think that Ms. Budkins is not a good debater.

Perhaps it is just that she can't defend the fact that her office has not kept up with the times.

I guess if I had that record as Town clerk, I wouldn't want to defend it either.

Look how Paul Curtis at at Greenwich Community Television (Channel 79) has kept up to date, ,you can watch all of the town meetings on live your iPad or on your android phone the next morning as you take the train into work.

How cool and transparent is that?

Paul Curtis would never ever, be afraid to debate and defend his long held RTM seat, because he strongly believes that town officials should be held accountable Greenwich voters.

Ms. Budkins wants voters to take 45 minutes out of their day and vote for her on election day, but she can't find 45 minutes to be held accountable in a nonpartisan public debate.

Something is wrong here and Greenwich deserves better than this dirty trick from Carmella Budkins.