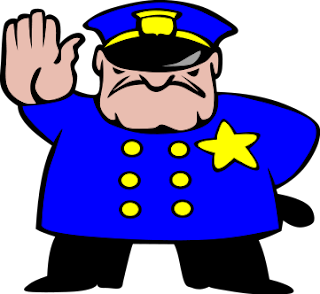 DUI
Peter Byrne, 62, of Rye, N.Y. was arrested July 1 and charged with driving while under the influence. Police said an officer saw Byrne drive on East Putnam Avenue and turn left onto Indian Field Road, despite a no left turn sign. Police stopped the vehicle; an officer said Byrne smelled of alcohol and that he could not pass field sobriety tests. He was also cited for failure to obey a sign. Byrne was released on a $250 cash bond and is due in court July 9.

LARCENY
John Hernandez, 44, of 7 Highland Road was arrested July 2 and charged with fourth degree larceny. Police had been investigating an unrelated incident and determined there was a warrant for Hernandez’s arrest. He had allegedly stolen a television from the YWCA on June 12. Hernandez was being held in lieu of a $200 cash bond and is due in court July 10.

INDECENCY
Stamford resident Kenneth Solomon, 55, was arrested July 2 and charged with public indecency and disorderly conduct. He turned himself in on a warrant stemming from a June 7 incident on Steamboat Road where he allegedly exposed and performed a sexual act upon himself. Solomon was released on a $500 cash bond and is due in court July 9.

ASSAULT
A 31-year-old Jericho, N.Y. man was arrested July 2 and charged with third degree assault. The man turned himself in on a warrant stemming from an alleged physical fight between family members at the Delamar Hotel on May 18.

APPEAR
Yanik Pesok, 37, of Durham, N.C. was arrested July 2 and charged with second degree failure to appear. Police pulled over his car for unrelated motor vehicle charge when police determined there was an outstanding warrant for his arrest from the state police. Pesok had allegedly failed to appear in court to answer May 5 charges of operating a motor vehicle under suspension and following too close. Pesok was released on a $5,000 cash bond and is due in court July 9.

BREACH OF PEACE
A 16-year-old Greenwich girl was arrested July 4 and charged with breach of peace. The girl reportedly made contact with a classmate, whom she does not get along with, and asked to speak with her boyfriend. After being told she couldn’t, the girl allegedly became angry and told the other girl that she was going to go over to her house and hit her. Police went to the other girl’s house and pushed her and slapped her on the back of the head. The girl was released on a promise to appear and due in court July 16.

DUI
A 16-year-old Greenwich boy was arrested July 4 and charged with driving under the influence. Police had been sent to the scene of a reported accident where a car hit a house injuring people who were on the lawn. Police said the driver jumped up from the ground and began screaming at the medical personnel and flailing around, nearly hitting the emergency workers. When the boy was restrained police noticed he smelled of alcohol. Passengers in the vehicle identified him as the driver. According to police, the boy’s demeanor changed from anger to despair and he began crying. Police found four empty Bacardi Silver Mojito six-pack containers in the vehicle. The boy was also cited for unsafe movement and driving with a restricted license. He was released on a promise to appear and is due in court July 9.

DUI
Grant Holroyd, 28, of 2 Gerald Court, Riverside was arrested July 5 and charged with driving under the influence. Police had been sent to the area of East Putnam Avenue on the report of an erratic driver. Police said an officer saw a car matching the description and pulled it over. Officers said Holroyd smelled of alcohol, displayed signs of being under the influence and failed field sobriety tests. Holroyd was released on a $250 cash bond and us due in court July 9.

ASSAULT
A 20-year-old Greenwich woman and a 21-year-old Greenwich man were arrested July 5 and charged with disorderly conduct. Police had been sent to the scene of a reported fight between a boyfriend and girlfriend and allegedly determined the woman had an argument with her boyfriend that turned physical. The man allegedly slapped his girlfriend after she threw their baby’s hat at him. Police said the woman bit her boyfriend on his left shoulder. She was also charged with third degree assault. They were both released on promises to appear and were due in court July 7.

BREACH OF PEACE
Michelle Meserve, 37, of 47 Lafayette Place was arrested July 5 and charged with breach of peace. Police had been sent to a Milbank Avenue address on the report of an “unwanted, intoxicated and disorderly female.” Upon arriving at the scene police reportedly saw Meserve lying on the couch and, according to reports, she admitted taking prescription medication and drinking champagne. The residents of the house allegedly told police Meserve was a friend who had come over uninvited and intoxicated and began arguing with people and pushing everyone in the house. Meserve was released on a misdemeanor summons and is due in court July 14.


ASSAULT
Two 26-year-old Greenwich women were arrested July 5 and charged with breach of peace and third degree assault. The women, twin sisters, reportedly got into an argument over one sister’s husband. Police said they assaulted each other. One sister was held on a $1,000 cash bond and the other was released on a promise to appear. They were due in court July 7.

Residents monitor airplane noise
In the tradition of air raid drills and fallout shelters, a new generation of plane spotters is monitoring the skies above lower Fairfield County.

Dog shelters filling up
When staff of Adopt-A-Dog picked up four Huskies from a West Haven family last week, it filled the shelter to capacity, according to Allyson Halm, president of the Greenwich-based organization.

Greider steps in
Like many teenagers, Kathy Greider wasn't sure what she wanted to do with her life. An average student at New Britain High School who spoke out in class and frustrated teachers with her questions, Greider said it dawned on her as she finished her first year at Central Connecticut State University that she wanted to become a teacher.

Hydrogen cars on the way
The vast majority of motorists would have been forced to call AAA or a tow truck. Most would have spent the morning marooned in the breakdown lane on Interstate 95 or, worse yet, the shoulder of the Merritt Parkway, hazard lights blinking and perspiration soaking their business attiire.