Thank you for spreading the word about Webster Treats to your readers over the summer. We have sweet news, we're doing it again the truck is running now through October 11th. Below is the date relevant to your area in case you'd like to update your audience:

There are two ways to keep tabs on the Treats:

For fun, you can also check-in to the "Webster Treats Truck" on Foursquare.

Melonie
On behalf of the Webster Treats 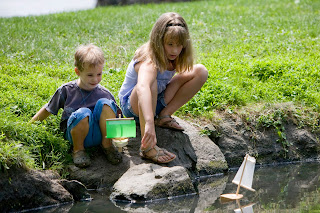 Attached is a press release announcing a family fun day that Family Centers is hosting at Tilley Pond in Darien on Oct. 23. The event is called HOPE Floats, and allows families to build and decorate small wooden boats and launch them in the pond. Pizza will also be served.

While all sales of the boats benefits Family Centers’ bereavement and critical illness programs, the idea of the event is to get families from all over Fairfield County together for a fun fall afternoon.

If you can find room in an upcoming edition, I’d appreciate it.

Photo: Kids test out their HOPE Floats boats during a recent trip to Tilley Pond.

Darien, Conn. (Sept. 10, 2010) – Sailing season might be over by the time fall rolls around, but Darien’s Tilley Pond will be filled with dozens of tiny wooden boats on Oct. 23 as part of a community-wide gathering hosted by Family Centers.

Called HOPE Floats, the family-orientated event allows children of all ages and their families to build and decorate small, easy-to-construct sailboats. Glue, markers and other art supplies will be available to help children personalize their boats. Those wishing to remember a loved one who has died are encouraged to write that person’s name on the boat’s sail. Families will be invited to launch the sailboats beginning at 4 p.m.

Sailboat kits are available for $10 on www.familycenters.org or at Family Centers’ offices in Greenwich (40 Arch Street) and Darien (590 Post Road). Kits will also be on sale the day of the event. Those purchasing sailboat kits will be given tickets for free pizza courtesy of The Pizza Truck Company of Bethel. All proceeds will benefit critical illness and bereavement support services offered through Family Centers’ Center for HOPE and The Den for Grieving Kids.

Family Centers is a private, nonprofit organization offering education and human services to children, adults and families in Fairfield County. More than 1000 professionals and trained volunteers work together to provide a wide range of responsive, innovative programs. A United Way, Community Fund of Darien and New Canaan Community Foundation partner agency, Family Centers is a member of the Connecticut Council of Family Service Agencies and the Alliance for Children and Families and is accredited by the Council on Accreditation (COA) and the National Association for the Education of Young Children (NAEYC). The agency is licensed by the State of Connecticut Department of Public Health. Visit www.centers.org for additional information.

09/10/10 FACE OFF IN COS COB / Point - Counter Point: The Quality Of Reporting At The Greenwich Time 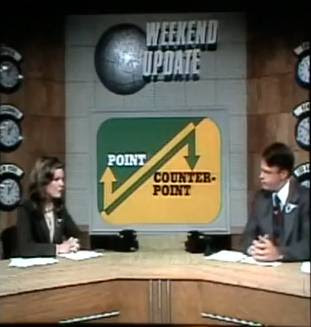 No bias in Island Beach article

This is in reply to the Sept. 3 letter by Rick Novakowski concerning the article "Calm crowd greets new Island Beach park ranger."

Mr. Novakowski's statement concerning Greenwich Time Staff Writer Frank MacEachern was that he was, "Wondering if (MacEachern) was schooled under the direction of the old state owned propagandist news agency TASS."

This would be laughable if it wasn't so unfair to Mr. MacEachern.

It is very hard to understand how Mr. Novakowski could see so much bias in Mr. McEachern's article.

The reporter interviewed park ranger Donald Brown, and residents and non-residents who expressed positive comments about their Island Beach experience.

One of the them was quoted as saying, "Everybody gets along here - look down the beach."

Island Beach is a treasure we are very fortunate to have. The truth is, most people go there to enjoy themselves and have no interest in causing problems.

The amount of visitors has been reduced by the town administration. There are full-time rangers and Greenwich police available if needed. Beachgoers don't seem to be unhappy. Why are we still reading complaints in the newspaper about Island Beach?

With all of the negative publicity lately, it is refreshing to read the comments of folks who love the beach and don't see all these problems.

We applaud writer MacEachern for his uplifting and positive article about our beautiful Island Beach.

In response to the "puff piece" ("Calm Crowd Greets New Park Ranger") in Greenwich Time on August 29, I must ask, where did your writer get his training in journalism? Is he aware that when you do a so-called, "news piece," you must demonstrate some semblance of objectiveness?

His one-sided story painted such a perfect picture he had me wondering if he was schooled under the direction of the old state-owned Soviet propagandist news agency TASS.

There's an old saying: "My mind is made up, don't confuse me with the facts." Well, here are some facts. Town officials and news outlets continue to be inundated with concerns about conditions at Island Beach. Town officials are continuing to monitor the situation, and changes in next year's policy are a certainty.

Is it possible the residents voicing these concerns have valid points?

Or do they matter less in your writer's eyes than those who are more likely to agree with him?

I hope not because that truly would demonstrate biasness.

You Decide If Gerry Is Right

Or If Rick Is Right

The only conflict new Island Beach park ranger Donald Brown had to deal with Saturday morning was over his choice of a baseball cap.

"Everyone has been pleasant, everyone has been more than helpful," said Brown, 62, while stationed on the walkway that passengers heading to the beach used to disembark from a ferry.

Saturday was his first day on the job, a position he and fellow park ranger, former college basketball refereeThomas Harrington, were selected for earlier this week.

The town residents were hired following complaints of overcrowding and rude behavior by out-of-town residents earlier this summer at the popular summer destination.

It was a letter to the editor of Greenwich Time that ignited the complaints. Rick Novakowski, a failed candidate for tax collector last November, wrote that it was more like "Cinco de Mayo," a reference to a Mexican holiday, than Independence Day on the Fourth of July weekend.

As complaints from town residents mounted, the town promised to beef up crowd control and limited the number of people who could go out on the ferries.

When told about Novakowski's comments, a Bronx, N.Y., family of Hispanic descent at the island Saturday smiled.

"You just shrug that off," Josmar Taveras, 26, said as his brother Joel, 21, nodded in agreement. Their parents Maritza and Jose -- who was celebrating his 49th birthday and busy manning the grill -- didn't comment.

They were joined by dozens of family members from Manhattan, New Jersey and as far east as New London in a final get-together of the summer.

The town cut by 20 percent -- 2,000, to 1,600 -- the daily amount of people allowed to be ferried to Island Beach and the nearby Great Captains Island, a move the Taveras family applauded.

"That's good," said Josmar, whose family was at Island Beach on July 4. "It's less crowded and there's more room."

Non-residents are required to buy $5 daily beach passes and $3 ferry tickets at an off-site location and pay a daily parking fee of $20 per car if using one of the two lots that are closest to the Arch Street ferry dock.

Town residents who have seasonal beach cards, which cost $27, do not have to pay the daily pass, parking or ferry fees.

Sitting at a nearby picnic table, town resident Nancy Kavanagh joked, "my job is to get the table early," so that later-arriving family members can have a place to lay out food. She said Saturdays are usually not as crowded as Sundays or holidays. She hasn't encountered problems at the beach, a view seconded by friend and fellow Greenwich resident James Loughran, who was there with his wife Mary.

"Everybody gets along here -- look down the beach," he said, waving his hand in the direction of families gathered while eating and others on the beach.

Old Greenwich resident Mike Himelstein, 47, who was joined by his wife, Laura, and their two sons, Nate, 6, and Eli, 2, said he wants to continue to see out-of-towners allowed to use the islands for recreation.

"It's a good mix of people," he said as he looked around the half-full Indian Harbor ferry that set sail for Island Beach at 10:30 a.m. "I don't think it is a problem that we allow people from out of town to use the facilities."

Brown, wearing a bright yellow shirt with the words "Park Ranger" on the back and armed only with a friendly manner and a walkie-talkie, strolled around the three-acre island introducing himself to beachgoers. He occasionally stopped to remind someone not to go near a rocky area at one end of the island and also checked to see if those boating on their own to the island had passes.

Although not on duty, Harrington traveled to the island Saturday morning.

Beach patrons have to learn that the island is for everyone who has paid, he said, and that can lead to some cramped spaces.

"People may be closer to one another than you may have anticipated," Harrington said. "You have to learn tolerance for other people."

If situations get heated, the rangers have backup. A town police officer was assigned in July to patrol Island Beach on weekends, another town measure put in place after complaints. On Saturday, an officer joined Brown later in the afternoon.

The rangers report to the island's caretaker and work about 40 hours per week. Only one will be on-duty at a time, with the shift running from about 10 a.m. to 7 p.m. seven days a week.

Both men had to pass a swimming test before they were offered the $15-an-hour seasonal job, which the town recently brought back after a decade-long hiatus.

Park rangers had been hired before by the town in the wake of the 2001 state Supreme Courtruling opening local beaches to non-residents. They patrolled at Greenwich Point, Byram Park and Island Beach.

But they were eventually eliminated, saving the town $10,000 to $12,000 annually. The rangers were on the payroll of the parks department but were under the supervision of police.

As he waved to another ferryload of passengers arriving on the island, Brown said he doesn't expect any problems.

"There is a common theme here and that's everyone just enjoying the day," he said.