Please send your comments, news tips and press releases to GreenwichRoundup@gmail.com
Posted by Greenwich Roundup at 2/03/2010 11:47:00 PM No comments: Links to this post

Please send your comments, news tips and press releases to GreenwichRoundup@gmail.com
Posted by Greenwich Roundup at 2/03/2010 10:36:00 PM No comments: Links to this post

Please send your comments, news tips and press releases to GreenwichRoundup@gmail.com
Posted by Greenwich Roundup at 2/03/2010 09:25:00 PM No comments: Links to this post

Please send your comments, news tips and press releases to GreenwichRoundup@gmail.com
Posted by Greenwich Roundup at 2/03/2010 08:26:00 PM No comments: Links to this post

We are looking for people who would be willing to volunteer to support Tom’s campaign.

There are currently three (3) major volunteer opportunities that we have at either our main Stamford HQ or our West Hartford Field Office. These three programs are the most important things that volunteers can do to contribute to a successful convention and campaign. We will provide full training and instructions for all tasks associated with these opportunities:

Make phone calls to key grassroots activists to help us identify issues and encourage them to support Tom.

Database work: includes helping with tagging issues/support into our database and organizing various lists in our voter file (training provided) and Microsoft Excel.

· Timeframe: Ongoing in conjunction with the phone calls and mailers.

· Hours: Anytime but regular business hours are ideal. This type of work must be done from one of our offices.

Help with our in-house mail production

· Hours: Anytime. This type of work must be done from one of our offices.

Note: Other activities as needed on a case by case basis. Closer to Summer the range of volunteer opportunities will increase. The extra opportunities will include helping to set up precinct walks, volunteering for precinct/neighborhood walks, calling likely primary voters, helping with various chase mail programs, assisting with events, volunteer recruitment, distributing yard signs, etc.

We will continue to update you as we move forward with our efforts.

Hi,
I was hoping you could post information about this conference on your blog.

Thank you in advance.

AND THE WHITBY SCHOOL

For K-12 Parents and Educators

This information packed two day conference will be led by Educational Specialists at Landmark College's Institute for Research and Training. Attendees will have a choice of full day seminars on two of the following topics:

Established in 2001, the foundation for the Landmark College Institute for Research and Training is founded on more than two decades of educational experience serving students with learning disabilities and AD/HD at the post-secondary level. This experience combines with Landmark College's nationally recognized professional development programs for educators and its unique research capabilities to create the Institute.

The Institute researches and develops best practices for the education of struggling students, particularly individuals with learning disabilities and AD/HD. We disseminate our work to educators and other professionals through services such as workshops, regional institutes, institutional needs assessments, and consultations.

Please send your comments, news tips and press releases to GreenwichRoundup@gmail.com
Posted by Greenwich Roundup at 2/03/2010 02:20:00 PM No comments: Links to this post 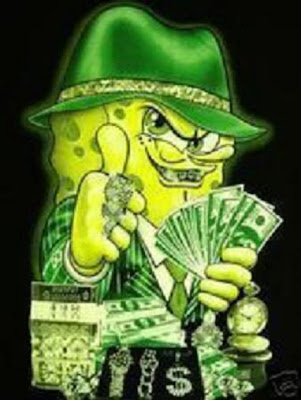 
The president and co-owner of the only radio station in Greenwich, Connecticut, is facing federal securities investigations and multiple lawsuits.


The Wall Street watchdog commission halted the trading after questions were raised about the accuracy and adequacy of the company’s financial disclosures.


Two months after those concerns were raised; the SEC issued a notice to the company that makes a car wash sponge made of soap, that they intend “to recommend that the commission bring civil injunctive actions alleging violations of federal securities laws.

In addition to their SEC problems, the company is also facing lawsuits from investors and Madison Square Garden for non-payment of advertising bills.

USES THE CAPITAL MARKETS AS AN ATM

SELLING STOCK AND RASING CASH AS THE

NEXT SPONCERSHIP DEAL IS STRUCK

Over the past year, tens of millions of American sports fans have asked themselves the same questions at some point: “What is that Spongetech sign doing in the outfield?” followed closely by “What the hell is Spongetech?”
Let’s handle the second question first. Spongetech (SPNGE) is a Manhattan-based company whose product seeks to answer a question no one has ever really cared to ask before, something along the lines of: “How do I cut out the bucket part of the equation when I wash my car or dog by hand?” Voila! Behold the soap-infused sponge, which at $9.95 is both biodegradable and can be used several times......

.......But to a certain sort of capital markets observer, Spongetech is something else, not seen in a long while: a full-bore pump-and-dump scheme that will, when all is said and done, likely have harvested the wallets of thousands of penny-stock speculators and earnest individual investors who thought they had found the proverbial "next thing."

It may not be the worst of such schemes. Unlike most pump-and-dumps, in which a few in-the-know sharpies drive a stock’s price to the moon and then sell it down to the basement, Spongetech has an actual product. Whatever is left of this company in the end, there will be something that someone—presumably the legion of bucket-haters among the do-it-yourself set—can dust off and sell in the market......
Still, the Securities and Exchange Commission didn’t initiate a formal investigation of the company and its management last week for nothing.
The company’s filings lead the skeptical reader to some pretty clear conclusions. The first is that Spongetech exists primarily to sell stock, and pretty much everything else comes second. At one point in early spring the company had more than 1.2 billion shares outstanding. Late Friday, as the pump collapsed, it had increased the authorized share count to 3 billion. By way of comparison, in the spring, the company—with reported sales of about $5 million a year—had roughly the same amount of shares outstanding as eBay (EBAY); with 3 billion shares issued, they would have a slightly larger float than Procter & Gamble (PG).....

......To keep the troops rallied, or, more accurately, to keep a new stream of suckers lined up, Spongetech went to the Internet stock promoters whose “investor relations” work churns out a steady stream of dubious e-mails and faxes promising trading riches to the inept, clueless, and the delusional.
They came up with some doozies.
There was the multiply SEC-sanctioned Larry Isen, a partner in the TGR Group LLC, which touted Spongetech stock in return for $30,000 in cash and 750,000 restricted shares. In an e-mail, Isen said he was only a minority partner in TGR with a small stake in the company and does not recall if he economically benefitted from Spongetech in any fashion.
He said he wrote about the company purely out of interest in its prospects. In addition to the five or so other promoters, there was the king of SEC-flouting touts, Jonathan Lebed, whose fee of 1,250,000 free-trading shares was footed by an investor named Doug Furth. Lebed did not respond to e-mailed questions.......

......Furth is no ordinary investor, however. The Solon, Ohio-based Furth is the owner, via his Signature Equity Fund, of 41 million shares or 5.1 percent of the company, as of last November.
An activist of sorts, Furth is a mainstay of the Yahoo Finance Spongetech investor message boards, where, as he admitted to me, he posts as “Alfie31555.” Furth insists that he disclosed his ownership stake on the Yahoo forum. A verbal bomb-thrower of the highest order, Alfie31555 brooks no criticism of Spongetech and has saved his bitterest vitriol for short-sellers and the reporters he sees as being used by them.
For example, Furst’s ire was aroused on Sept. 22, when the New York Post reported that a former lawyer of Spongetech had written a letter to the SEC claiming that his signature was forged on dozens of corporate documents he had not written nor had even seen. In a post on Sept. 23 at 10:48 p.m., Furth described Post reporter Kaja Whitehouse as “Nothing more than a paid whore for the shorts” and described her reporting as “giving life to their skunkworks as their puppet.”
Presumably Furth was no happier with Whitehouse’s subsequent article exposing the fact that five of Spongetech’s six largest customers are impossible to track down with addresses and phone numbers that appear to be fake. To top it off, Whitehouse discovered that a Web hosting service that specialized in concealing contact information created Web sites for three of the six customers on the same day three weeks ago.
Furth, who, ironically, is the general partner of a fund seeking to finance clean and wholesome family movie production, declined comment on why he hired Lebed......

.....the company booked $4.9 million in net income yet used $170,000 in cash, leaving it with a paltry $34,570 in the till.
The culprit for Spongetech’s weak cash position is the $14 million in accounts receivable balance as of the last quarterly report, but this misses the broader point: Even with so many sales being done overseas — the five customers who cannot be tracked down are all based abroad.....

.....If someone really is buying all of these sponges abroad—despite a marketing effort that is 100 percent focused on the American consumer—the company is stretching out their payment cycle way past the standard 30-day, or even 90-day, cycle...

.....I called and e-mailed the company and its public relations firms—Lippert Heilshorn, which resigned from the account late last week.....

.....So, since I live near Spongetech CEO Michael Metter, I stopped by his lovely Greenwich, Conn. house on Saturday afternoon for an impromptu chat. A gruff, bald fiftysomething man came to the door and insisted that Michael Metter was not home.
When I showed him a picture of Michael Metter I had printed from the Internet and pointed out that he looked almost identical, he became irritated. He refused to answer questions about the SEC investigation, the Post articles, or Michael Metter’s background as the head of a penny-stock boiler room insisting that “Metter is not going to do any interviews.”......

.....Metter, reached overseas on vacation Tuesday, told Hearst Connecticut Newspapers that his counsel is in talks with the SEC and suggested that the matter could yet be settled or dismissed. He insisted SpongeTech would continue to be publicly traded, and he said he planned to distribute the company's products nationwide through Walmart stores..

SpongeTech's investor relations phone line goes to a voice mail message, saying the company is not talking with shareholders at this time except through news releases .....

.....SpongeTech's sales line is still operating, telling callers they can find the company's products at CVS stores or online. Calls by Hearst Connecticut Newspapers indicated the products were not for sale Tuesday at CVS, but Metter said the drugstore chain reordered last month.
The problems with SpongeTech have not affected the radio station, where revenues are up, according to Metter and the station's manager.
Metter, along with a few silent partners, bought the news-talk format WGCH in 2003 from John Becker. He is not the majority owner but is the corporation's president.

Leave A Comment At The Greenwich Topix Message Board
AND NOW FOR YOUR
ENTERTAINMENT PLEASURE.....
HERE IS MICHAEL METTER"S
HOT SPONGTECH YOUTUBE VIDEO


HERE IS THE PG VERSION:

HERE IS A SPONGE TECH SEGMENT ON CNBC:

HERE IS AN INTERVIEW WITH MICHEAL METTER AND STEVEN MOSKOWITZ: