Three teenagers were arrested Sunday after police responded to Ritch Avenue on report of a fight, police said. When police arrived, a victim was located and found to have several bruises to his face and a laceration to his torso.

The victim told police he was assaulted by three teenagers. Several hours later, the three suspects were located. Police said the teenagers had called the victim's cell phone several hours before the fight to set up the incident.

George Ramirez 19, of 231 Hamilton Ave., Danny Mogollon, 18, of 17 Stone Ave., and a 17-year-old male from Greenwich were all arrested, and charged with third-degree assault, disorderly conduct and third-degree conspiracy at assault.

The three teens were released on a $500 cash bond. 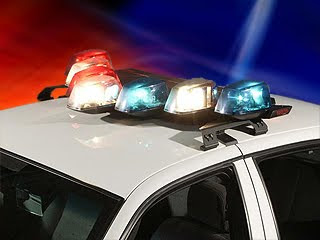 A 16-year-old boy was taken into custody this afternoon following a 15 minutes pursuit through central Greenwich.

The pursuit ended at the Wilbur Peck Court Housing Complex according to the Greenwich Police Department.

The 16 year old was detained and taken into custody.
Several hours later, police were still investigating and it was not clear whether the boy would be charged with any offenses.
The Greenwich police did locate a knife after finding the teenager and thinks that it may be related to him.
===================================
Please send your comments, news tips and press releases to GreenwichRoundup@gmail.com
Posted by Greenwich Roundup at 4/05/2010 07:54:00 PM No comments: Links to this post

Clash could imperil missions of mercy

For the pilots who donate their time to Angel Flight of New England Inc., the mission — flying sick patients to medical appointments for free — has always been more important than how the organization was run.

That changed abruptly last year, when a power struggle erupted between the nonprofit’s founder and the board. Now, pilots worry the in-house upheaval could put Angel Flight at risk, with major donors threatening to withhold money, and each side complaining to the Massachusetts attorney general of improprieties by the other.

The battle started last summer, when Angel Flight board members objected to founder and executive director Lawrence Camerlin paying his daughter $80,000 a year for an outreach position....

....Camerlin said that he fired the directors because they had alluded to possible lawsuits without being specific. “We felt they were in violation of their fiduciary responsibilities. They wouldn’t give us information about claims likely to be filed against us,’’ he said.

Under Angel Flight’s bylaws, “members’’ of the organization have the authority to replace the board of directors. And the only two members of Angel Flight are Camerlin and his wife, Ruth.

Thomas A. McLaughlin, vice president at the Nonprofit Finance Fund, which consults to charities, said a founder should not have the power to fire a board.

“This is a highly unusual governance structure in a nonprofit public charity,’’ McLaughlin said....

...One of the organization’s biggest fund-raisers is Joe Howley, a former director at the center of the fight with Camerlin. A commodities trader from Greenwich, Conn., Howley first raised the issue of Camerlin’s daughter, Amy, at a board meeting in July. He was fired five months later.

....on Dec. 3, Angel Flight’s lawyer fired Howley in a letter. The reason: He alleged Howley had had an outburst in the hotel, late on the night of the fund-raiser, that “reflected poorly on the company.’’

E-mails between donors and pilots say Camerlin was alleging that Howley lashed out at the hotel staff for not delivering beer to a hospitality suite for an after-party with donors.

Directors and Angel Flight officials who were present that night said Camerlin did not witness the exchange between Howley and hotel staff, and exaggerated what took place.

“I don’t understand what I did to deserve the way that Larry treated me,’’ Howley said in an interview. He said he had tried to raise the issue of Amy Camerlin’s employment without hurting anyone’s reputation. “What he did in return for that was to take the most vicious track to embarrass and insult me and get rid of me.’’

Asked why he had not consulted with other directors before firing Howley, Camerlin said, “We never acted unilaterally in 14 years. This was the first time.’’

From there, events unfolded quickly. The remaining eight board members wrote to Camerlin, protesting Howley’s firing. Camerlin never replied, the board members said....

.....After the new year, the board proposed an emergency telephone conference for Jan. 11 to discuss Howley’s dismissal and the shuttering of the Woburn office without consulting the board.

But on Jan. 8, they all received letters from an Angel Flight lawyer, informing them they had been removed in a vote by the members — Larry and Ruth Camerlin.....

.....In February, a group of the fired directors and their lawyer went to Attorney General Martha Coakley’s office and detailed the firings, and alleged misuse of charitable funds, including for Amy Camerlin’s salary and the Camerlin family’s using an Angel Flight credit card for personal expenses, according to three people who were at the meeting.....

.....Former pilots and directors said they never wanted a fight with Camerlin; they just wanted to fly patients.

“I have no animus against Larry,’’ said Peter Ryan, a pilot and former Angel Flight director from Greenwich, Conn. “I’m just distressed at the sadness of all of this. In the end, the patients will suffer.’’

04/05/10 Greenwich Time Gets A Little Help With Traffic

RealTraffic™ 2.0 has been deployed on more than 200 radio, TV, newspaper and transportation agency client sites.

Greenwich In The News

Please send your comments, news tips and press releases to GreenwichRoundup@gmail.com
Posted by Greenwich Roundup at 4/05/2010 03:20:00 PM No comments: Links to this post

Please send your comments, news tips and press releases to GreenwichRoundup@gmail.com
Posted by Greenwich Roundup at 4/05/2010 11:43:00 AM No comments: Links to this post 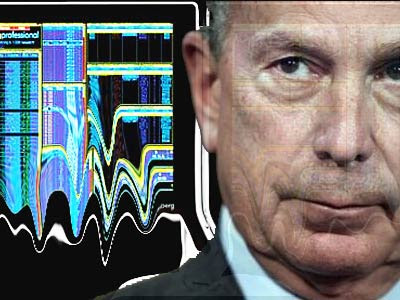 Will Greenwich Time Business Editor Jim Zebora Be Absorbed Into Bloomberg's Gleaming Mothership, Where Billions Are Made

Starting eight days ago, the "Business Report" in print editions, and on both of the Chronicle's websites, will offer news and reporting from both Chronicle and Bloomberg reporters.

The Hearst-owned Chronicle can use all the help they can get from the blow they took in 2009: The daily paper took a the largest drop in circulation out of any other U.S. paper during the six-month period ending in September 2009. They lost 25.8% of their subscribers, to 251,782 of them, according to the Audit Bureau of Circulations.

Connecticut Baseball — The Best of the Nutmeg State" is in its second printing. The History Press is the publisher. Don Harrison of Fairfield is the author.

It has been a number of years since Harrison and I have spoken and when he called, concerning another matter, it was a pleasant surprise. We cut up old touches for a while and then he mentioned the book.

Former baseball commissioner Fay Vincent wrote the forward, which immediately gives the work a high degree of credibility and panache. It presents interviews with 25 Connecticut players who had careers in the majors including such well-known personalities as Steve Blass, Bobby Valentine, Walt Dropo, Spec Shea, Charles Nagy, Jimmy Piersall, Johnny Ellis, Rico Brogna and Billy Gardner. Most of the interviews previously appeared in other publications, but Harrison did many of them and the bulk of the writing.

There's a chapter on umpires, notably Terry Tata, and a list, with various stats, of "175 native sons who played in the majors. I started compiling that in 1960," said the expert chronicler of the American pastime, a baseball addict all his life.

The book goes back to the Hartford Dark Blues of 1876 and Harrison did the research for it until he was blue in the face. Dark blue.

Harrison was sports editor of the Waterbury Republican American from 1967 to '81. His time there coincided with many of my years as a sports writer and columnist for The Courant. We covered a good many national, state and local sports events together.

He left sports writing that year and "went corporate".....

Ex- Hartford Courant Sports Editor Owen Canfield Is Recommending A Book By Ex-Greenwich Citizen Editor Don Harrison, Even Though He Has Not Even Read The Book.

Harrison's book can be had for $19.99 but he has promised to put one in the mail to me as a gift.

Because I know Harrison's baseball expertise and ability, "Connecticut Baseball" will be a fine addition to my sports library.

No Wonder That Owen Canfield Is The Former Sports Editor At The Hartford Courant And Is Only Allowed To Write A Monthly Column At The Paper.

Greenwich News - April 5, 2010
Newspapers were our lifeline during the storm (Greenwich Citizen)
Fire inspector Shawn McDonnell has seen a lot of the handiwork of our unwished for and unpredicted March 13 Nor'easter. He has taken an impressive 150 images of the damage it did to our lives, on assignment by the First Selectman Peter Tesei to document the storm for Town Hall.
More From Topix:
Oral history: The storm of 1938 (Greenwich Citizen)
Contributed photo from the Gotch Collection, Greenwich Library. A Model T was trapped in the flood down by Steamboat Road and Arch Street during the 1938 Hurricane.

Please send your comments, news tips and press releases to GreenwichRoundup@gmail.com
Posted by Greenwich Roundup at 4/05/2010 06:23:00 AM No comments: Links to this post

Greenwich In The News

Please send your comments, news tips and press releases to GreenwichRoundup@gmail.com
Posted by Greenwich Roundup at 4/05/2010 01:05:00 AM No comments: Links to this post