08/15/09 Your Tax Dollars At Work: Failed Metro North Executives Must Be On Drugs 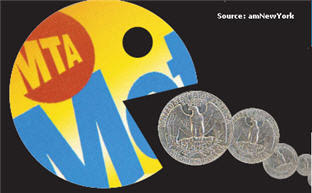 Officials from Metro North (MTA), a semi-public government-funded organization that manages the train lines north of New York City, are threatening an independent developer who created a super popular train schedule app for the iPhone.

Taxpayer funded Metro North lawyers are claiming that train schedules are copyrighted information, which (for no good reason at all) falsely allows the this semi-public transportation agency to claim copyright on public information.

A Greenwich blogger created a useful i phone app that many people want.

Rather than recognizing the demand for such an app, the taxpayer funded morons at Metro North are threatening him.

Metro North is hopeless The only reason the app may be inaccurate is because their own schedules are inaccurate.

But how can you expect the Metro North to get their transit schedules correct when their toilets flush in the wrong direction.

Any taxpayer funded Metro North executive will tell you that if the toilet flushes why is it important which direction the water moves?

Well, if inaccurate train information was really a problem, then people would stop using the app.

Plus, there are easy solutions: give the Greenwich blogger access to the real-time data and/or create your own damn Metro North iPhone app.

It is clear that MTA lawyers are all a bunch of overpaid morons who are looking to waste tax dollars trying to argue that Metro North train scheadule data is not public supported information.

If this Greenwich blogger filed a Freedom information request for a copy of last years New Haven train schedule, the agency under both New York and Connecticut laws would have to provide the information in less than five days and could only charge 25 cents to print it out on one page of paper.

Why, because they are a taxpayer funded transportation agency.

A blogger and Internet developer from Greenwich who created an iPhone application that lists train and bus schedules is in a battle with the Metropolitan Transit Authority.

The MTA wants to collect past and future licensing fees from profits the blogger earns from the application. The man needs its endorsement to distribute train schedules, the MTA says.

"This is a case of them wanting to make me give up and take down my application and Web site," said the blogger, Chris Schoenfeld, founder of Station Stops.

He received a cease and desist letter from MTA attorney Leon Freundlich last Friday to stop selling the software application he has offered since October, Schoenfeld said. For a Station Stops fee of $2.99, commuters can access MTA train and bus schedules with a few keystrokes, he said......

.....The Aug. 7 letter from the MTA came after he delayed a licensing contract that would have given the authority 10 percent of his profits. The authority also wanted $5,000 in advance royalties on the timetables, which he thinks is unwarranted, Schoenfeld said.

"I wanted the licensing contract if only because their data is valuable to me to have," Schoenfeld said. "But I would have to sell many more copies of the application to recoup those royalties."......

...."The copyright law is very clear that you cannot copyright facts and tables of data," Schoenfeld said. "A train schedule itself might be considered intellectual property but the data itself has nothing artistic about it.".....

....Jim Cameron, chairman of the Connecticut Rail Commuter Council, said the MTA is trying to discourage Schoenfeld's digital use of the data.

"He is just finding a way to aggregate data that is already listed on the MTA Web site and share it with commuters," Cameron said. "I think he has developed a great idea. More information for commuters is better. If the MTA is going to offer a similar service, that would be good, too. But, in the meantime, if someone else has taken the initiative, they shouldn't crack down on him.".

Copyright law does not protect facts, such as phone numbers, but does cover the form in which certain information is expressed, said John Morgan, a professor at the Quinnipiac University School of Law in Hamden.

"There is a very good chance that what he is copying is not copyrightable,".....

If the app infringes copyright, then obviously it's because of an infringing copy.

On the flip side, if the app is to blame for the inaccuracy, it can only be because the developer compiled his own train schedule based on observations of the trains or by some similar method.

In which case he independently created the schedule the app runs off, instead of copying the official one.

In which case, no copyright infringement.

Therefore, to claim both copyright violation and "the app might be inaccurate" as reasons to attack it is to ask to have your cake and eat it too.
PLEASE SEE:
What the MTA Lawyer is Complaining About Today
StationStops is Most Certainly NOT an Official MTA Site!
StationStops Vs MTA Legal on WTNH [Video]
MTA Asks Apple to Remove StationStops from iTunes Store
The Latest on StationStops vs MTA Legal
=============================
Please send your comments, news tips and press releases to GreenwichRoundup@gmail.com
Posted by Greenwich Roundup at 8/15/2009 08:45:00 PM No comments: