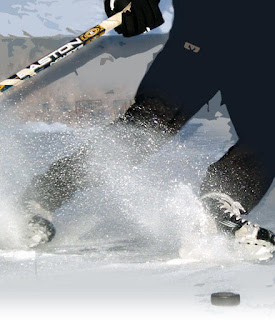 Greenwich girls hockey ends regular season on a high note
Greenwich Time - Greenwich,CT
By David Fierro A day after establishing a team record for victories in a season, the Greenwich High School girls hockey team added to its legacy yesterday, ...

Businessman May Seek Senate Seat
Hartford Courant - United States
The 47-year-old Greenwich businessman, who leads the board of directors of both the airport and the Connecticut Development Authority, is exploring a run ...

02/20/08 - Is The Coverup Comming To An End? - Police Commisioner Tesei Lights A Fire Under Police Chief Ridberg's Rear End.

First Selectman Peter Tesei is calling for a police investigation of a possible scam involving the production of counterfeit beach cards, parking stickers and marina permits.

"Activity of that nature is criminal," Tesei said. "Now that I'm aware of it, I don't want to see it taken lightly. It's the wrong message to send."

( Comment: Tesei says, "Now That I am aware of it" I guess he didn't read the Greenwich Time for the last five days. This story went national over the Associated News Wires.)

Town officials received a binder about TWO WEEKS AGO with copies of the supposed knock-off items, as well as information about the individual who may have produced them.

They would not disclose where the binder came from or identify the individual implicated in the possible counterfeiting scam, other than to say the last known address for the person was in Old .

Police Chief David Ridberg said the department would likely assign a detective to the case.

"Certainly, if we're asked to help out, we'll do that and investigate it to its fullest," Ridberg said.

(Comment: Duh, please started this TWO WEEK DELAYED investigation, the taxpayers of Greenwich are getting ripped off. Just how much are we paying Police Chief David Ridberg to go after criminals.)

Currently, the counterfeiting is being investigated by the Department of Parks and Recreation, which could only restrict or deny beach privileges as a penalty......

(Comment: Oh, this will stop the criminal activity in Old Greenwich. Take away the Old Greenwich criminal's beach pass and he will just print up a fake one. Just how much are we paying this guy to protect the integrity of the beach passes?)

.... Only residents can buy a beach card, which costs $27 per person for the entire season. Each cardholder is entitled to a free parking sticker for the season if their vehicle is registered in town. Stickers for unregistered vehicles cost $100 apiece for the season.

Anyone without a beach card, including nonresidents, must pay a $6 daily admission fee per person to enter the beaches. Daily parking is $20 per vehicle.

(Comment: Why is Town Officials protecting an Old Greenwich resident that is ripping of the Town with $100 pass after another?)

Greenwich Time received a binder with materials similar to those described by town officials. It contained photocopies of beach cards from the 2005 and 2006 seasons with the names of several individuals and their supposed addresses, which were all in Old Greenwich. None of the individuals named are listed in telephone directories at the addresses printed on the cards, however. One of the individuals is listed as a resident.

(Comment: Greenwich Time Reporter Neil Vigdor should be deputized to solve this Two Week Old Crime that the whole nation knows about courtesy of the Associated Press. The entire Nation is watching when the high paid Greenwich Police Chief is going to get moving. JustLook at This Hartford Courant Article - Greenwich investigates fake copies of coveted beach passes.)

Photocopies of beach parking stickers from the 2006 and 2004 seasons also were included, as well as several marina permits from 2006.

02/19/08 - Coverup? - Why Isn't This Felony Being Investigated By The Police Department?

02/18/08 - The Parks Department Has Another Beach Pass Scandal. Will The Police Be Called? Will the person reponsible be punished? 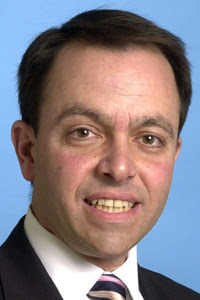 Flag day Football league prepares church for King film
Stephaugn Frazer and other teenagers rolled new coats of white paint on the ceilings and walls of the basement at Bethel AME Church in , where they gave up a day of their school vacation to spruce up the parish's Lake Avenue building.

Honulik: Promotion, damages should be honored
Countering the town's legal assertion it is free to promote whomever it pleases, a Green-wich policeman asked the Supreme Court yesterday to uphold a court decision this fall ordering his promotion to captain with back pay and damages.

BET approves money for nor'easter repairs
Nearly a year after an April nor'easter ripped through Green-wich, town officials said they are ready to start repairs on bridges, parks and other infrastructure damaged by that storm.
Posted by Greenwich Roundup at 2/20/2008 10:08:00 AM No comments: Links to this post