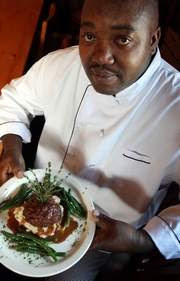 Step back in time with The Cabin, newly restored in Greenburgh
By Judith Hausman
Journal News
If you've been around Westchester anytime in the last 60 years, you likely know about The Cabin: that old-fashioned, family-run restaurant at the corner of Routes 100, 100A and 100C in Greenburgh, with wood paneling and a menu that covered everything from burgers to eggplant Parmesan to Cajun catfish.
When it closed in 2006, it was to the cries of regulars who had been dining there for decades. Literally. Former owner Jody Bassett - who was hired as a waitress at age 19 and married the son of the boss - wiped a tear from her eye when remembering some of the old times. "That's a tearjerker," she told The Journal News when the restaurant closed.
So you can imagine the pressure Steve Cross is under. He's only the second owner since 1937, and because he has completely restored the restaurant, from the log walls to the stonework, he's got quite a number of people's expectations and memories to contend with.....
... affordable, a little bit of an experience,' says Cross, who is also the owner of Striped Bass in Tarrytown and of Greenwich Lobster House in Greenwich, Conn. 'And nothing on the menu will ever be over $20.' His concern with price point and ...
================================================
Please send your comments and resturant reviews to GreenwichRoundup@gmail.com
Posted by Greenwich Roundup at 8/27/2008 01:26:00 PM No comments:

1. Hire Betty Sternberg As Superintendent
2. Let School Board Member Michael Bodson be the liaison to Frank Mazza's failed building committee.
3. Promote Susan Wallerstein to Assistant Superintendent.
4. Put Frank Mazza in charge of Hamilton Avenue School Committee for Hamilton Avenue School and GLENVILLE SCHOOL TOO !!!!
5. Fail to hold Anthony Byrne accountable for maintenance of school buildings.
6. Promote failed administrator Alan Cappaso to Greenwich High School Headmaster.
&. Make Nancy Wiessler head of the school board.
9. Allow Communications Director Kim Eve's to misled parents and the incredibly gullible press.
10. Hire Colin Gustafson as reporter of the Greenwich Time.
Colin Gustafson and the Greenwich Time continue to comfort the comfortable and to afflict the afflicted
When is the out of touch Greenwich Time reporters going to WAKE UP and realize that the problem is not the students or teachers. It is the failed school administrators that feed them glowing "press releases"
TODAY'S TOP BIASED STORY
IN THE GREENWICH TIME
COLIN GUSTAFSON AND HIS BUDDIES ON THE BOARD OF EDUCATION MUST THINK THAT GREENWICH PARENTS AND TAXPAYERS ARE STUPID
Greenwich Time Colin Gustafson Reporter just sucks up the failed up administrators press release. Not one independent education expert, parent, politician, student or single family homeowner is interviewed for the one sided Board Of Education puff piece.
HEADLINES:
After several years of introducing new changes, including a revamp of the curriculum and a fine-tuning of teacher evaluations it is now time to start firing failed school administrators.
As families flee the Greenwich Public School System, failed school administrators continue with yet another one of their modified failed multi year plans.
When are ineffective school board members going to WAKE UP and notice that theses failed school administrators plans to implement or expand this slate of ongoing initiatives is a FAILURE and is not boosting student performance.
QUOTES:
"We're continuing to focus on the same overall goal which is to increase the achievement of every student," from the lowest to the highest achievers, said Failed Superintendent of Schools Betty Sternberg. "Everything we do is in service of that one goal."
"The new system, by comparison, spells out very clearly what's expected of teachers, said Ellen Flanagan, the district's failed director of human resources, "This is a golden opportunity for teachers to become better at teaching kids.
"We want more time face to face with all the stakeholders," said Failed Deputy Superintendent Kathy Greider. "More contact and more communication. We're bringing everybody to the table this year."
STERNBERG AND HER FAILED ADMINISTRATORS RECORD:

The Department Of Justice may soon visit the school district, because of the school administrator's failure to start to close the growing the achievement gap between white students and lower-income minorities.

The Greenwich School Administrators are repeatedly failing to address the longtime "gender gap" between boys and girls in math. and English.

Greenwich School Administrators allowed elementary and middle-school writing scores to fall for a second year on the Connecticut Mastery Test. (The percentage of students at goal tumbled from 81.2 in 2006, to 79.8 in 2007, to 77.2 in 2008. The "goal" to be satisfactory performance. That means that 23% of Greenwich elementary and middle-school students can not satisfactorily pass the State Of Connecticut's writing test.)

Elementary scores were a disaster. Only North Mianus School was a success story, as it was the only elementary program in the district where proficiency levels increased on the math, reading and writing portions of the CMT.

In 2007-08, Hamilton Avenue School posted the lowest proficiency levels of all elementary schools on every CMT test. It also saw the biggest year-to-year declines in proficiency, with the percentage of at goal students in the writing CMT plummeting from 72.7 percent to 48.1 percent between 2007 and 2008.

The poorest and most disadvantaged members of Greenwich Society are being screwed over as failed school administrators cash big fat paychecks.

Nearly 9,000 students return to Greenwich's schools today for the beginning of a school year that, town officials say, will mark a step forward in the district's evolution as a top-notch public-education system.
Please Take Some "No Doze" Before Reading Colin's Lame Story
HERE IS MORE CRAP FROM THE GREENWICH TIME:
Film crew tracks public's response to parking officer
Joe Mucherino hates when people call him a meter maid. One of seven parking enforcement officers for the town, he and his colleagues have been called worse, however....
Authors challenge pervasive tale of woe
When Dennis Keegan and David West noticed their kids returning from college with pessimistic views about America's political system, they felt compelled to do something.
Two women stopped on Avenue charged in Westport thefts
Two New York women were arrested on Greenwich Avenue late Saturday afternoon for allegedly swiping more than $5,000 worth of clothing, underwear, and other goods after a shoplifting spree of Westport boutiques, police said.
Suzette Rose, 37, of New York, N.Y., and Shushanna Blake, 28, of 1460 Burke Ave., the Bronx, were arrested and charged Saturday with one count each of second-degree larceny by possession, and possession of a shoplifting device, according to police.
Town targets flood zones
Sixteen months after a nor'easter forced him to evacuate his rental home on Hollow Wood Lane in Pemberwick and destroyed his personal possessions, Bucky Creamer is wondering what the town has done to address the flooding problem in his neighborhood.
Soup's on!: Serve up bowls full of tomato goodness
The end of August is glory time for tomatoes. Locally grown ones are plump and sunburned red, with taut skins and juicy pulp.
Keeping tabs: Web site redefines 'social networking'
Myspace.com, Facebook or LinkedIn are leaders in the genre of networking sites, but some may be looking for another kind of connection.
Alternative energy is catching on
Anyone who thinks alternative energy is some idealistic, pie-in-the-sky notion, or that it can't be a significant contributor to our energy supplies until the far-distant future, should look around in some of our cities and towns.
================================================
Please send your comments, news tips and press releases to GreenwichRoundup@gmail.com and don't forget to send your crap to Colin Gustafson can be reached at (203) 625-4428 or at colin.gustafson@scni.com
Posted by Greenwich Roundup at 8/27/2008 12:25:00 PM No comments: 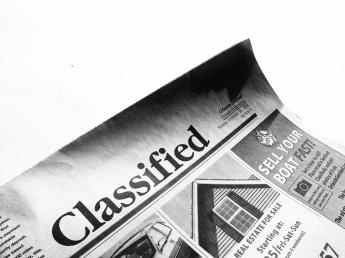 Posted in August 27th, 2008 Edit
by Claudette Rothman in Greenwich

Elementary school on Hamilton ave. for the beginning of year starting August 27th,2008 must be asbestos free.

Middle school in the Glenville section of Greenwich, again, must be asbestos free.

New building for Board of Education employees (existing one is in high demand so they need a new home).

please send your comments to GreenwichRoundup@Gmail.com