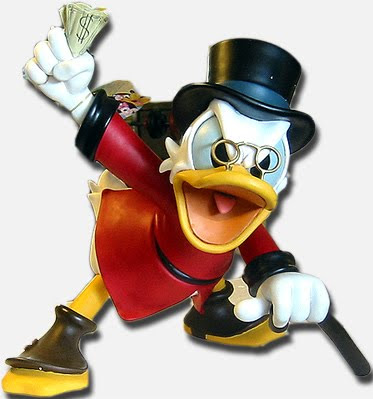 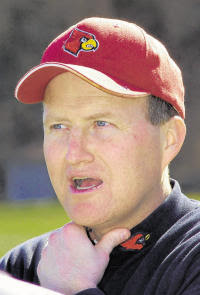 We have all seen the Greenwich Time Headlines About Paul Burke......

Greenwich lacrosse coach to face mandatory jail time at January sentencing
A Greenwich High School lacrosse coach recently convicted of drunken driving will face mandatory jail time when he is sentenced in January after a Superior Court judge ruled Friday he will be treated as a second-time offender.
Paul Burke, 43, of New Canaan, can be sentenced to between 120 days and two years in prison for a June 2008 incident in which he crashed his car into a stone wall in Darien while under the influence of alcohol.
Burke was convicted by a jury in November after three days of trial.....
.....Currently, the coach and history teacher has been placed on paid administrative leave at Greenwich High School pending a review of his situation, according to school district officials.
According to the arrest warrant, Burke had a blood-alcohol content of .29 percent -- more than triple the legal limit -- and was coming from Greenwich at the time of the crash.
During his time as coach, Burke led the boys varsity lacrosse team to the school's first Fairfield County Interscholastic Athletic Conference championship in 2007. The Cardinals reached the state final that year.
In the 2009 spring season, after news of his arrest came out, the team finished 10-6 overall.
What The Greenwich Time Fails To Report Is That.....
Concerned parents repeatedly approached the Greenwich Time, but were ignored, because reporters were too afraid to take on the coach of the Greenwich lacrosse team.
But When The Parents Came To Greenwich Roundup The Truth Came Out .....
03/10/09 BREAKING NEWS: You Wont Read This In The Greenwich Time - Alan Capaso Is Involved In Another Greenwich Public School Cover Up
03/11/09 Breaking News Greenwich Public Schools Superintendent Suspends Drunk Driving Lacrosse Coach Paul Burke
While Rookie Reporter Debra Friedman Plays Catch Up
Greenwich Roundup Delivers You Betty Sternberg's Statement
Statement from
Dr. Betty J. Sternberg
Superintendent of School
“After a comprehensive review, Greenwich High School’s Head Coach for the Boys Varsity Lacrosse Team, Paul Burke, has been suspended as Coach....
03/12/09 The Raw Greenwich News Feed - Greenwich Time News Links
Greenwich lacrosse coach suspended - Greenwich Time
03/13/09 The Raw Greenwich News Feed: Greenwich Time News Links (Updated)
Suspended lacrosse coach had prior DWI arrest -Greenwich Time
But The Greenwich Time Never Fully Reported The Paul Burke Story......
03/14/09 The Topix Message Board Is On Fire With Comments About Paul "DWI" Burke Drinking With His Students And Players
03/14/09 Cowardly Greenwich Time Rookie Reporrter Debra Friedman And Her Editors Let Brave Greenwich Parent Do There Job For Them.
Soon Other Greenwich Bloggers Were Reporting About Burke.....
Equipment sale « For What It's Worth
By christopherfountain
March 15, 2009...2:24 pm.
Equipment sale. Jump to Comments · $25 or two cases of beer. Call Burke at Greenwich High Detention. $25 or two cases of beer. Call Paul Burke at Greenwich High Detention ...For What It's Worth - http://christopherfountain.wordpress.com/
Soon Out Of Town Blog Readers Started Commenting About High School Drunkards Like Paul Burke:
03/23/09 What is going on???
To the Editor,
On Saturday night, one of the Darien High School nurse's was arrested for serving alcohol to minors. Her daughter, a junior at the DHS,invited what appears to be most of the junior class.
The police showed up and did their job. Most likely the 50+ cars tipped someone off. Or was it someone puking in the bushes?A few years ago, the Darien girl's varsity lacrosse coach got a "slap on the wrist" for drinking with some of her players at a party. The police were not involved and the story was put to rest very quickly. Who would want to peg THE COACH OF THE YEAR as anything but a talented coach?
Recently, in Darien, the Greenwich boy's lacrosse coach was arrested for his 3rd or 4th DWI. The Greenwich Superintendent removed the guy from his coaching position. That was the right thing to do? ..;....
The Fact Is That ....
When Greenwich High School Mothers Were Ignored By The Greenwich Board Of Education And The Greenwich Time.
They Came To Greenwich Roundup And Got Results.
It Was The Same Story ......
When The Hamilton Avenue School Mothers Were Ignored By The Greenwich Board Of Education And The Greenwich Time.
They Came To Greenwich Roundup And Got Results.
Here was one of the first emails About Coach Paul Burke.....
Tue, Mar 10, 2009 at 6:59 PM
As a local parent and sports mom, I was recently notified that the Lacrosse coach Paul Burke at GHS has recently received his 4th DWI. I am stunned and outraged that this man still hold this position of leadership and authority!
Where is the local news coverage?
That would explain the lack of town outrage - though there are many upset parents at GHS. This lackadaisical handling of our schools also affects real estate values. Perhaps you can look into this or open a discussion. What do you think?
Here is another email......
Tue, Mar 10, 2009 at 8:17 PM
There was a meeting last night at the high school where coach Paul Burke read a prepared statement. He has figured out a way to get out of 4 DWI's and avoid jail by having his arraignment delayed by several weeks so he only has 3 DWIs within a certain period.
I am not up on the exact specifics and I was not at the meeting last night but heard about it from friends who were there. There was no Greenwich Time coverage today in the paper - I guess I should not be surprised.
I am very concerned about my incoming lacrosse player.
Not the role model I was hoping for.
Over And Over And Over Greenwich Roundup Has Covered The Stories That The Greenwich Time Was Afraid Of.
===================================
Please send your comments, news tips and press releases to GreenwichRoundup@gmail.com
Posted by Greenwich Roundup at 12/16/2009 09:40:00 PM No comments: Links to this post

Is the International Baccalaureate curriculum right for Fairfield County?
Examiner.com

... In the quest to find the best curriculum for its students. the Greenwich Board of Education has been exploring the possibility of implementing the International Baccalaureate program in Western Middle School. It would be the second IB program in the ...
Posted by Greenwich Roundup at 12/16/2009 09:39:00 PM No comments: Links to this post

Please send your comments, news tips and press releases to GreenwichRoundup@gmail.com
Posted by Greenwich Roundup at 12/16/2009 09:38:00 PM No comments: Links to this post

Please send your comments, news tips and press releases to GreenwichRoundup@gmail.com
Posted by Greenwich Roundup at 12/16/2009 02:47:00 PM No comments: Links to this post

Please send your comments, news tips and press releases to GreenwichRoundup@gmail.com
Posted by Greenwich Roundup at 12/16/2009 01:49:00 PM No comments: Links to this post

Please send your comments, news tips and press releases to GreenwichRoundup@gmail.com
Posted by Greenwich Roundup at 12/16/2009 02:46:00 AM No comments: Links to this post